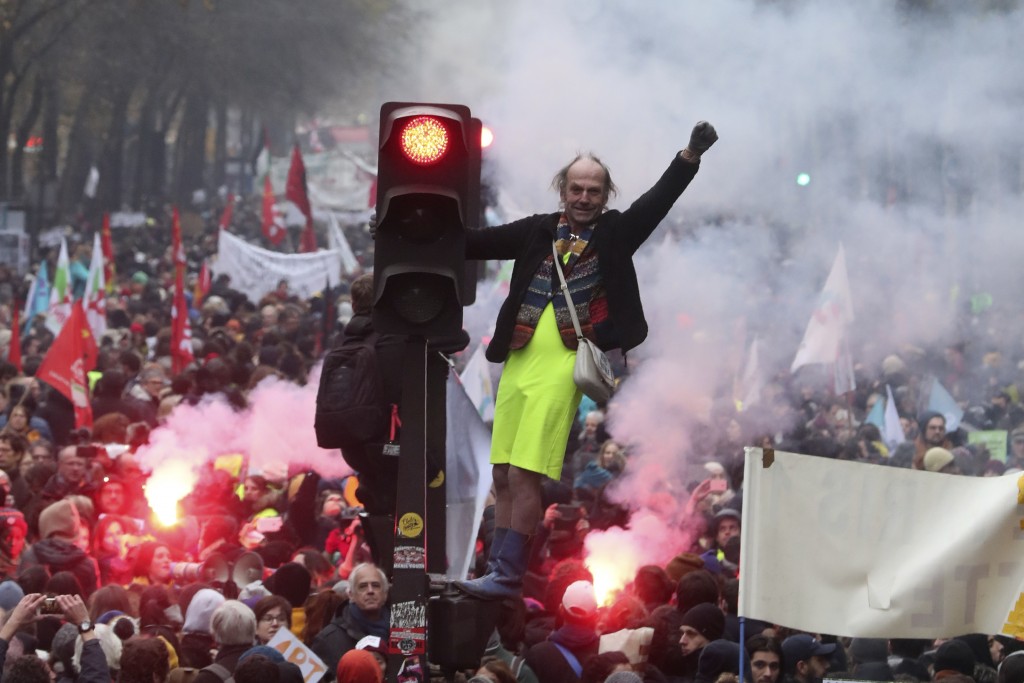 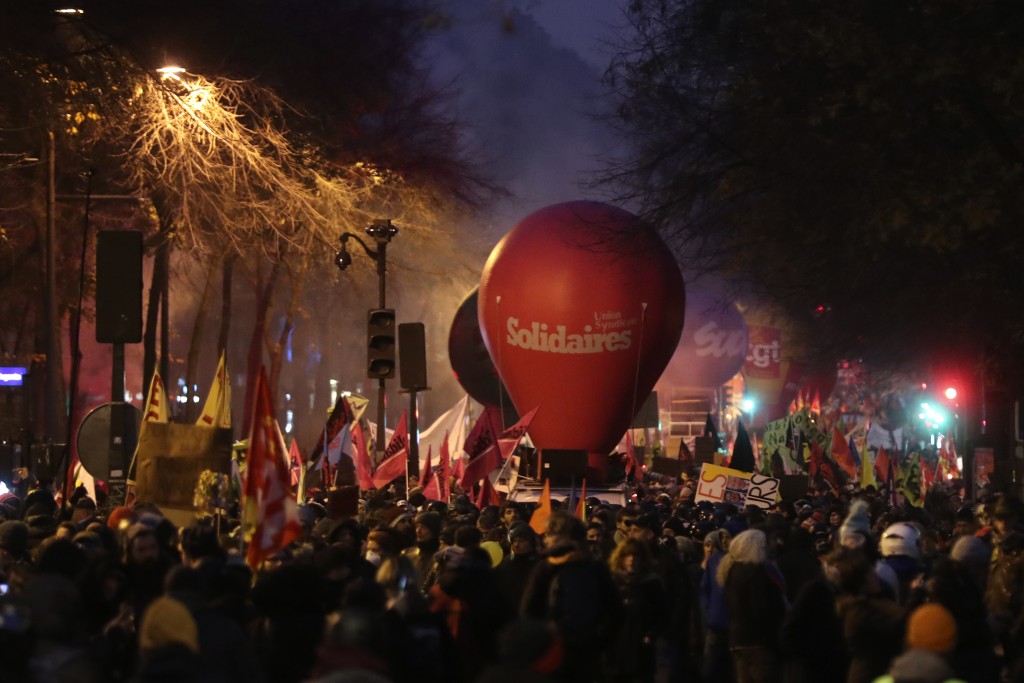 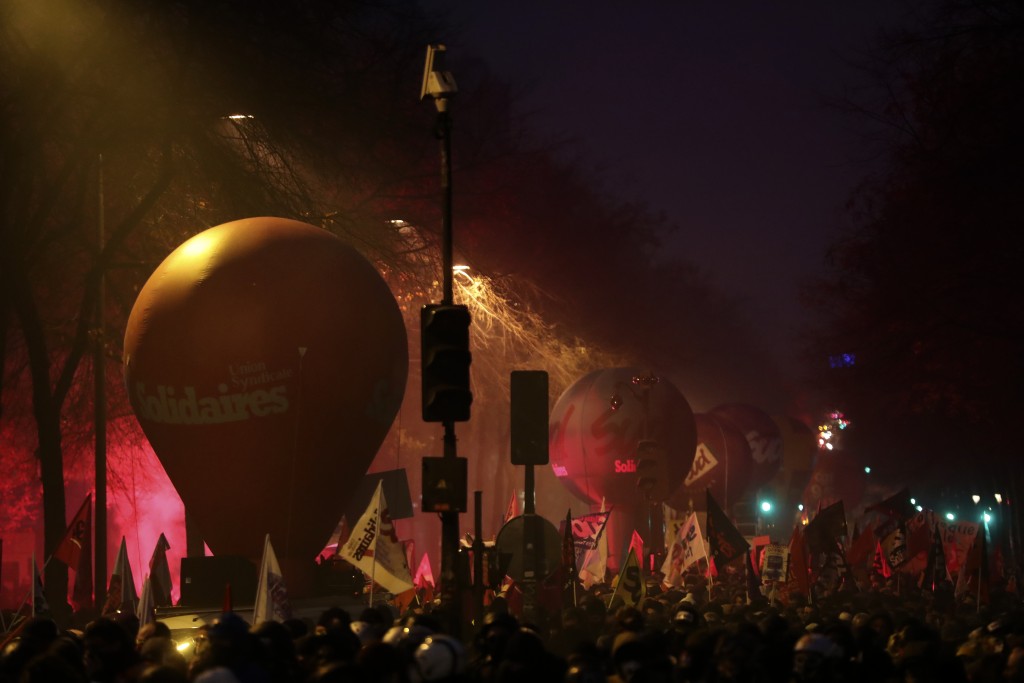 That pretty well sums up the atmosphere inside Thursday’s mass Paris protest by demonstrators from across the generations against the government's retirement reform plans.

The march through eastern Paris was a mishmash of social discontent, as disparate segments of French society joined forces to express their shared distaste for French President Emmanuel Macron.

Smoke from flares and wildcat bonfires filled the air, mingling with the smell of kebabs and beer.

The march, which kicked off at the Gare de l’Est train station, was a central feature of a general strike that ground public transportation to a halt and shuttered schools across France.

The strike came in response to Macron’s proposed reforms to France’s convoluted retirement system, but protesters used it as an excuse to air a host of grievances about a government they see as elitist and threatening to the social welfare state.

“Macron makes war on us, and his police as well,” demonstrators sang along the Boulevard de Magenta.

The signs they waved represented the diversity of their movements. Hammers and sickles mingled with feminist posters and climate justice slogans. Yellow vest protesters, who brought much of Paris to a halt a year ago, were there too.

“Macronism is nearly finished,” one sign said. Another shaped like a price tag read, “Macron discount: -70% on social rights.”

For Houssam Kajja, a student at Paris 4 University, the march marked his first protest. Even though it will be decades before he retires, he said he and his friends decided to attend to draw attention to “the precariousness of students” after a string of student suicides across the country.

“We are against the pension reforms because they will hurt the old as well as the young,” he said.

Recently retired librarian Catherine Revest accused the government of having its priorities “backward” and failing to advance “fiscal justice.”

Much of the march passed peacefully in a festival-like atmosphere, as protesters advanced slowly down the Boulevard de Magenta, singing, chatting, sipping beer and eating juicy kebabs.

But it took a more chaotic turn in the mid-afternoon, when casseurs — “breakers” known for their black clothing and protective gear and wreaking violent havoc at yellow vest protests — began smashing bus stops and store fronts near the Place de la République.

They lit fire to an overturned construction trailer, sending plumes of smoke into the air and prompting firefighters and police to rush to the scene to extinguish it.

Police had cordoned off the square by early evening, struggling to control fires protesters have continued to set in the area.