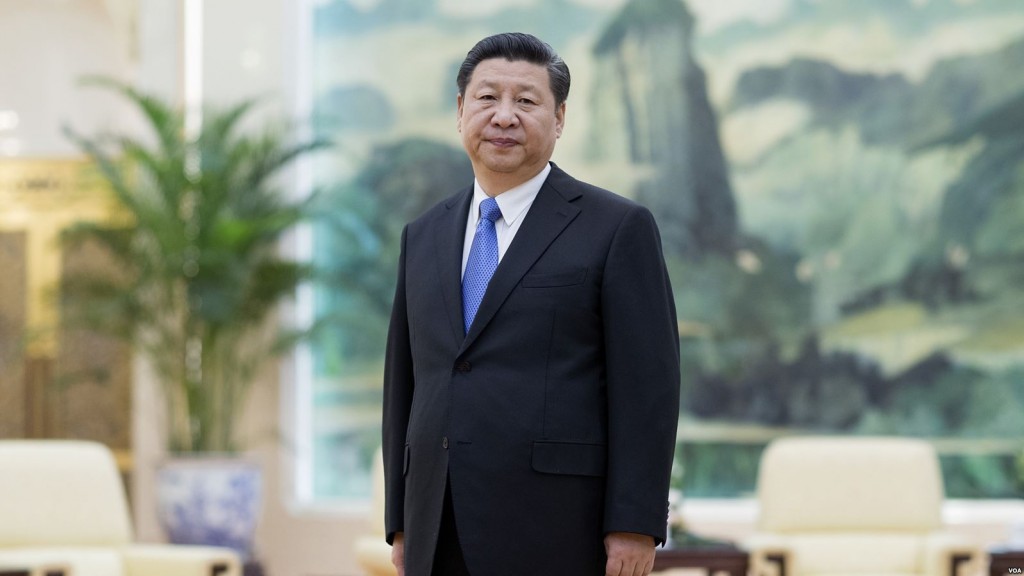 KAOHSIUNG (Taiwan News) — With the upcoming presidential elections dominating the news agenda in Taiwan, it is quite understandable that a lot of people are currently preoccupied with debating which of the three candidates is best suited for the role.

But what is a president?

The Oxford English Dictionary defines "president" as “the elected head of a republican state.” That seems pretty clear-cut, and one thing that almost all Taiwanese will agree on is that no matter who wins the election this January, that person will be the legitimate president of Taiwan.

But this definition makes the use of the term president more troubling when it comes to certain other world leaders. In particular, the "president" of China, Xi Jinping.

In their annual report published last week, the bipartisan Congressional U.S.-China Economic and Security and Review Commission recommended that we should stop referring to Xi as president. The case in support of this is a very strong one.

When international media outlets talk about Xi, he is almost always referred to as the president of China. This is not only factually inaccurate but also rather strange for a number of reasons.

Firstly, based on the Oxford definition, Xi is not a president. He is not elected, and modern China is not a republican state no matter how much you try and stretch the definition — which according to the Oxford English Dictionary is "a state in which supreme power is held by the people and their elected representatives."

Another anomaly is that in Chinese, the term is never used to refer to Xi. In simplified Mandarin, the word used to describe Xi is 习主席, which can be translated as Chairman Xi.

His official role within the Chinese Communist Party (CCP) is General Secretary, and if there is any other CCP leader he has modeled himself on it is Mao Zedong (毛泽东), who is always referred to in English as Chairman Mao.

Why does it matter whether we call him Chairman Xi or President Xi, you might wonder? Well, actually terminology like this is extremely important.

The term "president" confers upon Xi a legitimacy and authority that he simply doesn’t have. It suggests that he represents the people of China on the world stage. He doesn’t. He represents the Chinese Communist Party, which is a very different thing.

What Xi really is is a dictator, pure and simple. Since reaching the top of the CCP, he has handed himself sweeping new powers and made himself chairman for life. At a time when compromised businessmen like Michael Bloomberg refuse to acknowledge this for fear of losing money, it is all the more important that international media refers to Xi as what he really is.

This brings us to another questionable term, one that is given to the CCP.

The word "government" is often used to define the Communist Party’s rule in China, but again, this confers a legitimacy that the CCP does not deserve.

Historically, the Chinese Communist Party seized control of the country after winning the Chinese Civil War in 1949. It was a conquering force and has ruled China as a single-party state ever since.

No unbiased historical account of China’s recent history can reasonably conclude that the CCP has any claim to rule China or to represent the Chinese people other than by conquest. It is a totalitarian dictatorship that asserts its power over the Chinese people.

The CCP is not a government in any real understanding of the term. It is a regime that rules by a combination of fear and repression.

Calling it a government gives the CCP an aura of normality. But nothing about Communist China is normal, and English-language media outlets should refer to it as the authoritarian regime it is.

Another distinction that should be made is between the China of history and its current iteration.

The CCP is always at pains to push its version of Chinese history, which paints the CCP as the natural endpoint of 5,000 years of history and portrays it as the only leadership that can lift the much-oppressed Chinese people to their rightful place as the greatest civilization on earth once again.

This is, of course, an utter fabrication. Very little of the Communist Party’s version of history stands up to independent scrutiny.

When the West attacks the CCP over its human rights abuses in East Turkestan (Xinjiang), Tibet, and Hong Kong, or its treatment of Taiwan, the standard CCP line is that this is an attack on China and the Chinese people.

It isn’t. It is an attack on the Chinese Communist Party and its brutal regime, and this distinction needs to be made clear. Communist China is not China in the same way that Nazi Germany was not the real Germany.

China is a country under the oppression of a brutal totalitarian regime, and this distinction must be made clear both for readers in the West and in China itself.

No one in the Western world wants China to fail. A vibrant, democratic, economically successful China would be a huge asset to the world. The only people who think otherwise are the Communist Party leaders, who are determined to maintain their grip on power at all costs.

For this reason, the term "China" should be used in reference to the country historically and to its ordinary people. The current regime and all it stands for should be called Communist China as it is a very different beast.

Here at Taiwan News, we want to take a lead on this in the hope that other media outlets will follow. So, from this point on, you will no longer see Xi Jinping being referred to as "president of China" in our articles.

He will instead be referred to as chairman or general secretary of the CCP to make it clear that this dictator is not the legitimate ruler of the Chinese people.