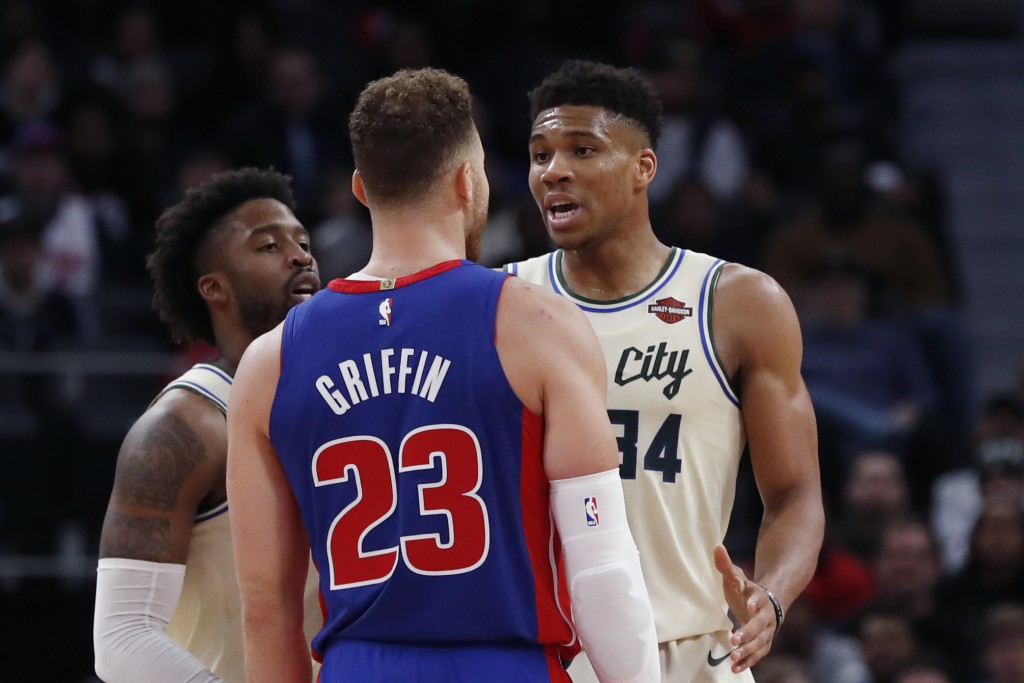 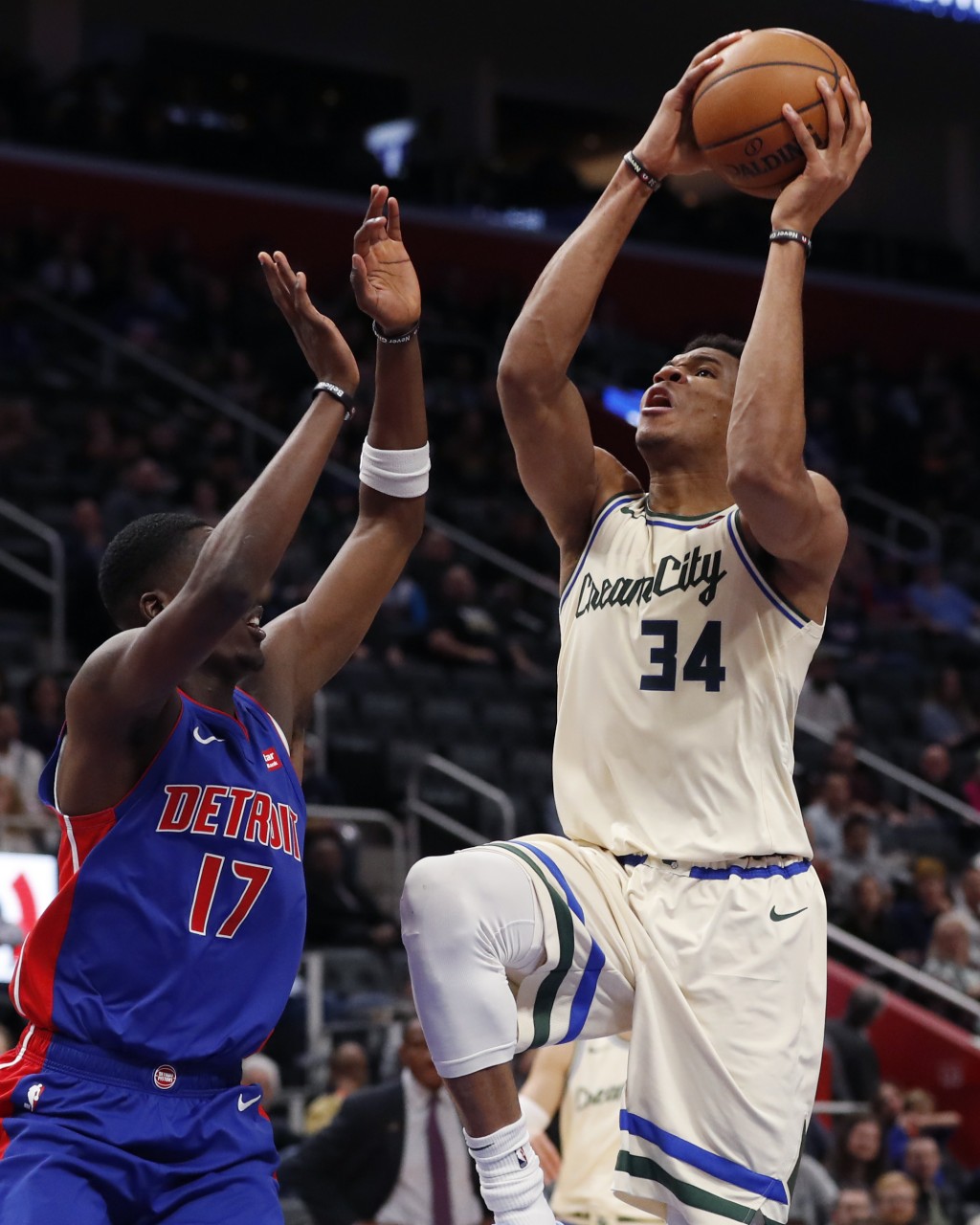 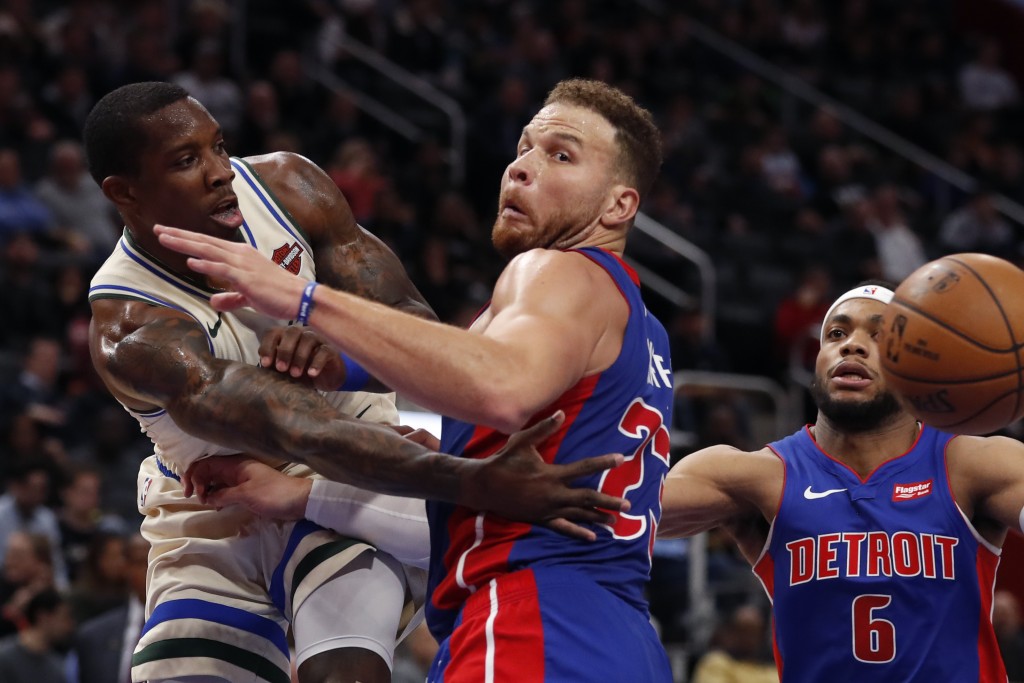 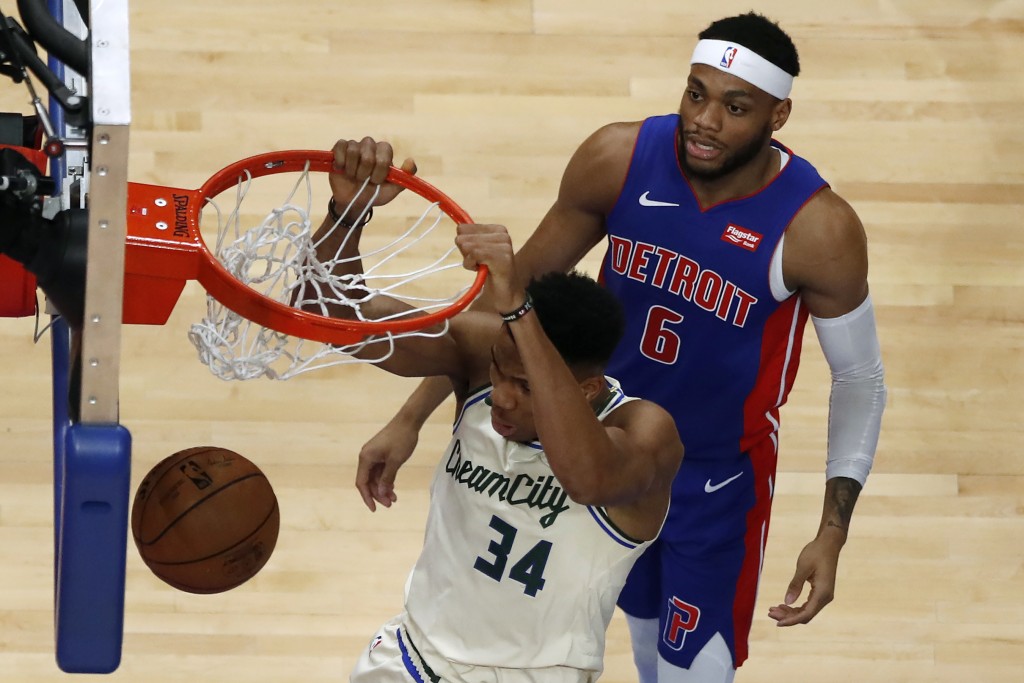 DETROIT (AP) — Giannis Antetokounmpo scored 35 points to lift the Milwaukee Bucks to their 13th consecutive victory, 127-103 over the Detroit Pistons on Wednesday night.

The last time the Bucks had a longer winning streak than this was when they won 16 in a row spanning the end of the 1972-73 season and the beginning of 1973-74. They also had a 13-game run shortly after that 16-game streak ended.

Milwaukee had won its previous two games by 41 and 44 points, and the Pistons had won their previous two by 34 and 33. This one wasn't close either. The Bucks have dominated Detroit of late.

Milwaukee won all eight matchups with the Pistons last season — four in the regular season and four in the first round of the playoffs. The Bucks also beat Detroit last month in their first meeting of 2019-20.

The Bucks went on a 13-2 run late in the second quarter to lead 57-39, and although Detroit closed within 11 at the half, the Pistons never made a major run during the final two quarters. Antetokounmpo scored 12 points in the third quarter, and Milwaukee led 92-72 after three.

Andre Drummond had 23 points and 14 rebounds for Detroit. Khris Middleton had 17 points for the Bucks.

Bucks: Milwaukee had led start to finish in each of its previous two games, but the Bucks trailed 24-22 after the first quarter in this one.

Pistons: Detroit came into the game shooting a league-leading 39.9% from 3-point range. The Pistons went 11 of 36 (30.6%) on Wednesday. ... The Pistons were without G Luke Kennard (knee). G Reggie Jackson has played only two games this season because of a lumbar stress reaction. The team announced Tuesday that he'll be evaluated again in a couple weeks.

There were six technical fouls in the game, and there were words exchanged during a couple mild altercations. The first involved Antetokounmpo and Detroit's Blake Griffin after those two collided around midcourt in the second quarter.

In the third quarter, Antetokounmpo fell to the ground after being fouled, and then Griffin stepped over him. Middleton came over to confront Griffin. Three technicals were assessed after that.