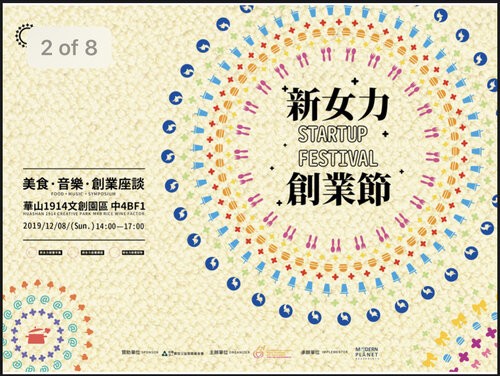 Immigrant women in Taiwan who are running startup businesses or aspire to do so will take center stage this weekend at a fair in Taipei, the Foundation for Women's Rights Promotion and Development, which is hosting the event, said Wednesday.

At the "Startup Festival" at Huashan 1914 Creative Park on Sunday, products and services offered by businesses that were started by immigrant women in Taiwan will be on display at 13 booths, said Liao Wei-ju (廖尉如), a member of the foundation.

The products will include food, books, clothing, and artworks, while hairstylists and makeup artists will show off their skills, Liao told CNA.

The women whose works will be featured at the fair are immigrants mainly from Indonesia, Vietnam, China and Myanmar, Liao said.

In addition, there will be a seminar for aspiring female startup entrepreneurs, at which Tao Shih-kuei (陶氏桂) from Vietnam will speak about how she launched the first Vietnamese-themed story house in Hualien, which is now also a venue for Vietnamese language classes, according to Liao.

"Hopefully, with the sharing of such experience, other new immigrant women will step forward to start their own businesses," Liao said.

In Taiwan, the term "new immigrants" is generally used to describe the some 550,000 people, mostly women, from China and Southeast Asia who have married into Taiwanese families in the past two decades.

In an effort to encourage cultural exchanges, Cheng Yu-li (鄭尤莉) from Indonesia, who owns a beauty parlor in Taiwan, will give a display of traditional Indonesian bridal attire, including the jewelry and makeup, at the fair, Liao said.

All of the women invited to participate in the fair are graduates of the "Power of Women Immigrants" program, which was initiated in 2017 by the foundation to assist and empower new immigrants to start their own businesses or upgrade their business models, Liao said.

Over the past three years, the foundation has helped 63 women raise capital and has also provided relevant training to another 600-plus, she said.

The goals of the Foundation for Women's Rights Promotion and Development include raising awareness of women's rights and building a resource center to facilitate information exchange among women in Taiwan, according to its website.