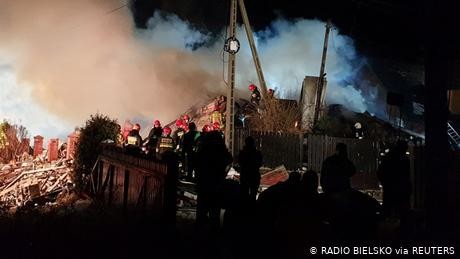 Children were believed to be among those trapped in rubble. Fires in the debris had been dealt with by dozens of firefighters assisted by rescuers with dogs, she said.

For safety reasons, authorities had cut off gas to a large part of the town, he added.

Footage on Polish TVN24 broadcasting showed rescuers trying to access a mound of bricks left by the collapse amid freezing temperatures and snow.

The mayor of Szczyrk Antoni Byrdy said the search was likely to continue into Thursday morning.