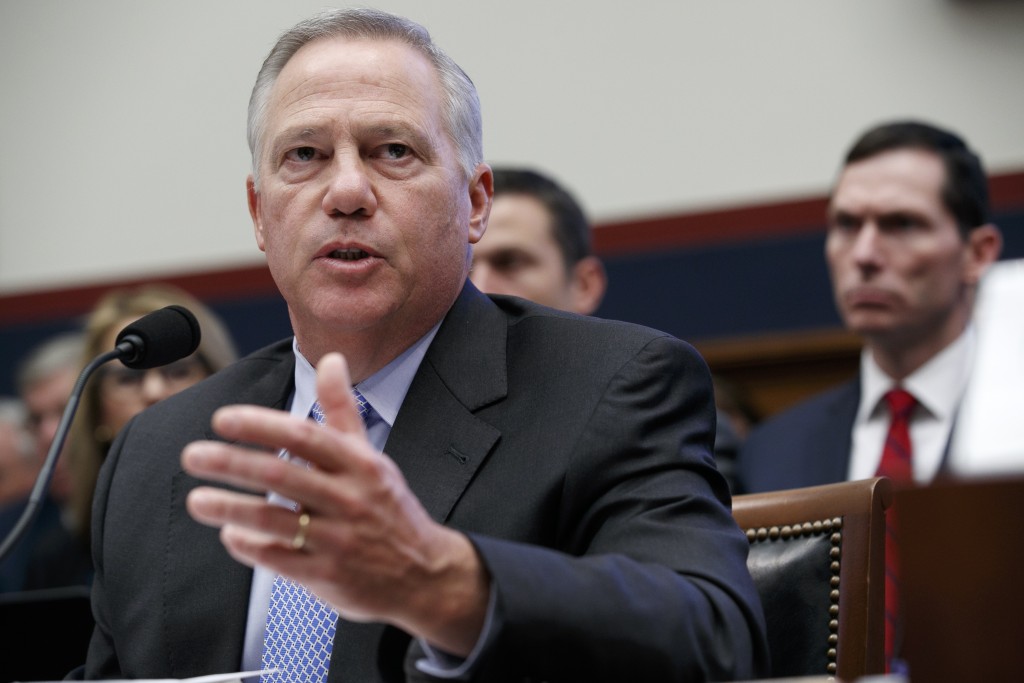 CHICAGO (AP) — The Boeing engineer who has played a key role in the company's response to the grounding of the 737 Max is retiring.

Boeing said Wednesday that John Hamilton planned to retire last year as chief engineer of commercial airplanes, but he stayed on to help get the Max back into service.

Hamilton appeared before Congress in October alongside CEO Dennis Muilenburg to defend and explain the design and production of the Max, which has been grounded since March following two deadly crashes.

He has spent 35 years at Boeing and served as chief project engineer for several planes including the 737 NG, the version that preceded the Max. He was responsible for engineering design and safety for all Boeing airliners when the company got final approval of the Max from the Federal Aviation Administration.

Hamilton was named to his current position in March to deal with the accident investigations and other technical risks, according to the company.

He will be replaced by Lynne Hopper, vice president of engineering for Boeing's commercial airplanes business.

Boeing’s expectations for returning the Max to flight have been set back several times. Boeing engineers began updating flight-control software called MCAS shortly after it was determined to have played a role in the crash of a Lion Air Max off the coast of Indonesia in October 2018. They were still working on the software when an Ethiopian Airlines Max crashed near Addis Ababa in March.

The company’s hopes for a quick return to service were dashed in June, when test pilots for the Federal Aviation Administration discovered a separate problem involving flight computers during a session in a flight simulator. The three U.S. airlines that own Max jets — Southwest, American and United — don’t expect them back in the schedule until March.