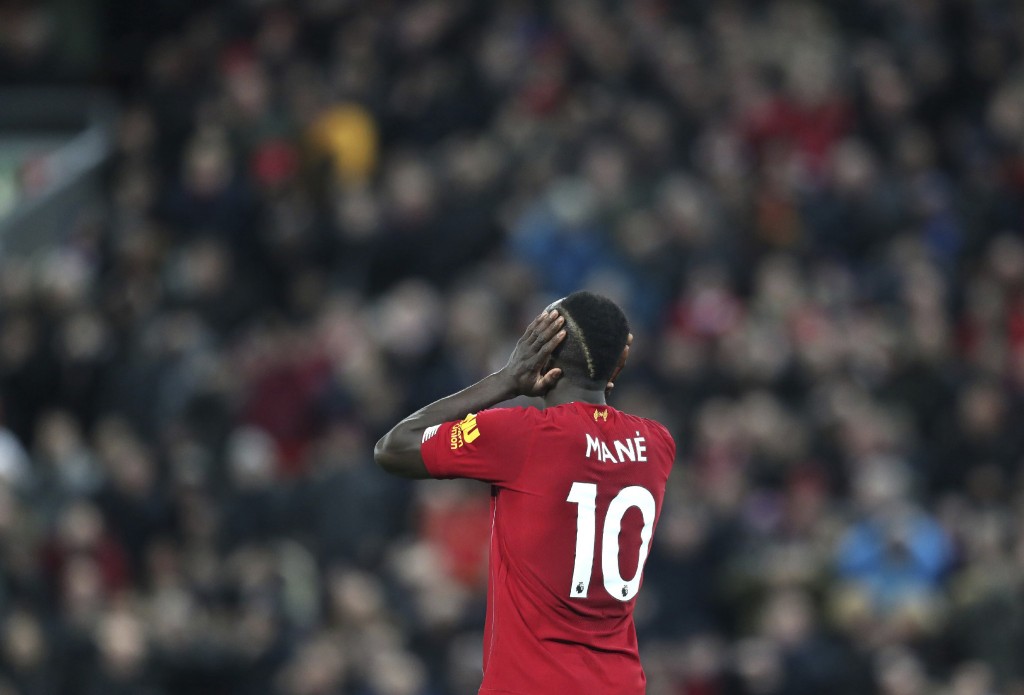 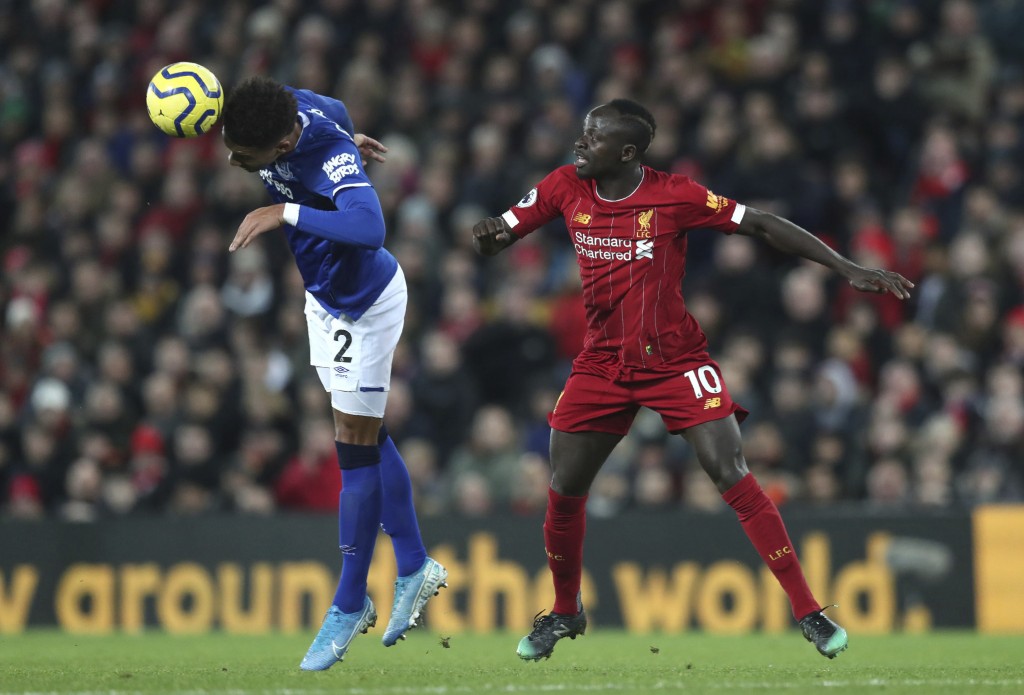 All but one of the goals were scored in a manic first half in the highest-scoring game between the two crosstown rivals since 1991. Liverpool stayed eight points clear of Leicester at the top of the Premier League, while Everton dropped into the relegation zone.

The goals were a vindication of Klopp's decision to start with both Mohamed Salah and Roberto Firmino on the bench as part of five changes to his lineup, with Origi and Shaqiri taking their places up front.

Michael Keane scored for Everton at a corner, but Origi swiftly restored Liverpool's two-goal advantage before Mane made it 4-1. Richarlison bundled the ball in for Everton in first-half stoppage time for the sixth goal of the half — from a total of only six shots on target.

The second half wasn't nearly as eventful. Sadio Mane wasted two good chances to score Liverpool's fifth goal late on, and Moise Kean typified his disappointing scoreless season for Everton with a big miss at the other end. Georginio Wijnaldum finally scored a fifth for Liverpool in the 90th.

That made Klopp's Liverpool the first team to score five in a Merseyside derby since the Reds beat Everton 5-0 in 1982.

Liverpool is unbeaten against Everton for 19 years and hasn't lost to its rival at home in the Premier League since 1999.

Worse, it dropped into the relegation zone and 18th place thanks to Southampton's win over Norwich earlier Wednesday. Everton hasn't played outside the top tier of English soccer since 1954.