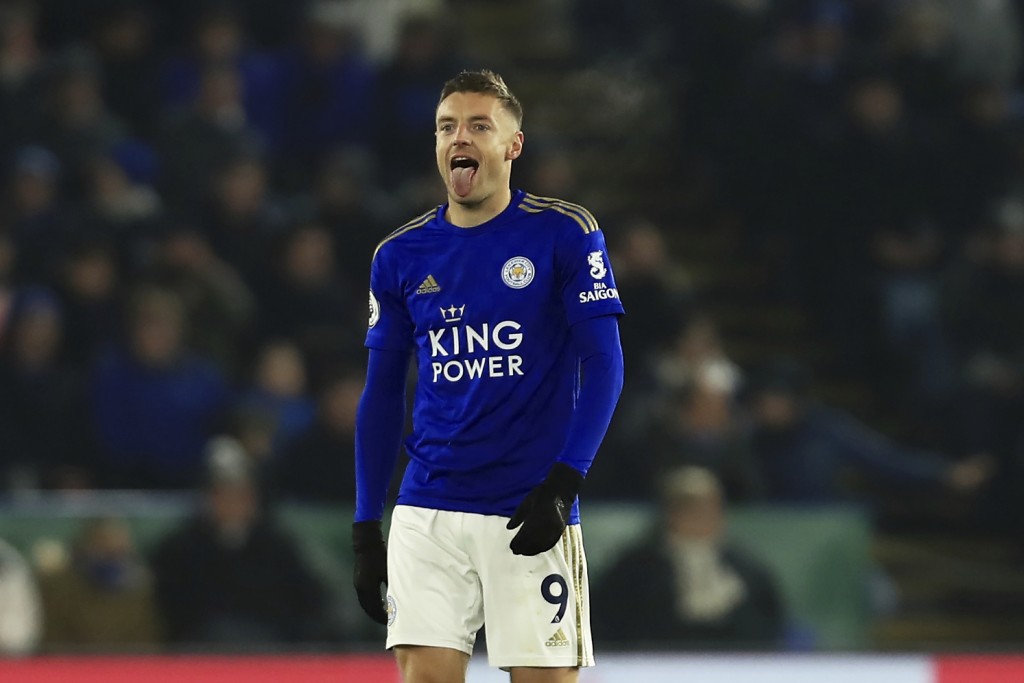 LEICESTER, England (AP) — Leicester striker Jamie Vardy scored for the seventh straight game in the Premier League to lead his team to a 2-0 win over last-place Watford and a return to second place in the standings on Wednesday.

After being denied a penalty in the first half — and subsequently given a yellow card for diving — Vardy converted a 55th-minute spot kick after Jonny Evans was fouled by Adam Masina.

James Maddison added the second goal following a counterattack in injury time as Leicester climbed back in front of Manchester City, which briefly moved into second with a 4-1 win at Burnley on Tuesday.

It was Leicester's seventh straight league win, tying its record for successive top-flight victories, set in 1963.

Vardy is also closing in on his record of scoring in 11 straight games, set in Leicester’s improbable title-winning season in 2015-16.

Watford, without a manager following the firing of Quique Sanchez Flores on Sunday, slipped seven points adrift of safety and still has just one win all campaign.