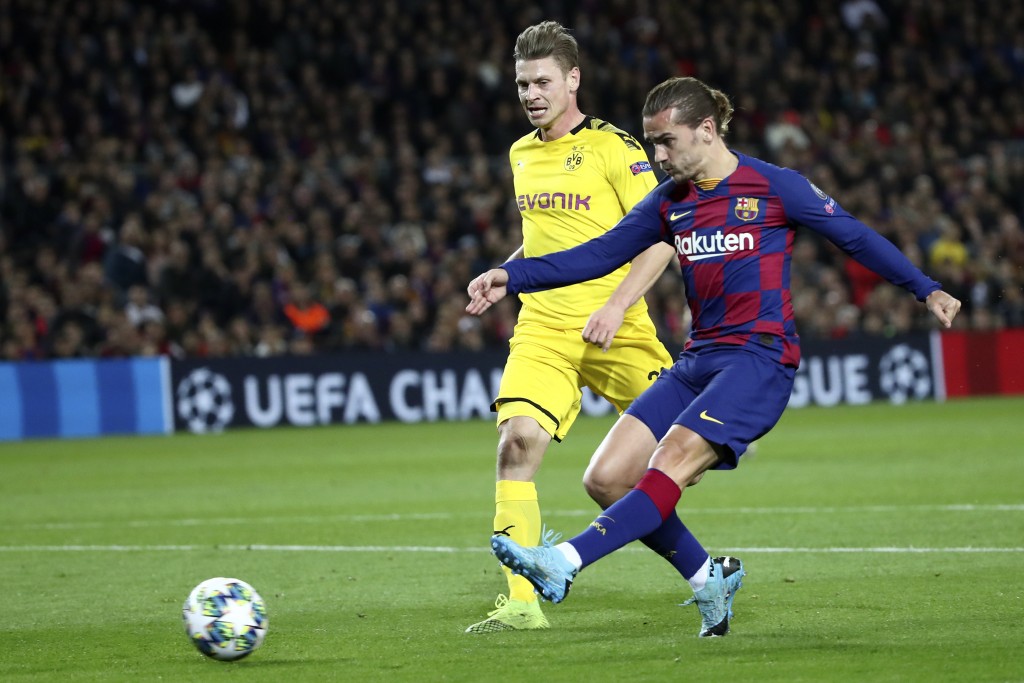 The Spanish league said Wednesday it denounced the club after some fans chanted “Die Griezmann” early in the match won by Barcelona at Wanda Metropolitano Stadium in Madrid.

The Spanish soccer federation's anti-violence committee will analyze the case. The club is mostly likely to be fined if found guilty.

The league said about 2,000 fans from Atlético's “ultras” section made the chants for about 20 seconds in the seventh minute of the match. The chants were repeated in the second half.

Griezmann left Atlético for Barcelona at the end of last season in a transfer worth more than 120 million euros ($132 million).

The France forward was jeered nearly every time he touched the ball at the Metropolitano on Sunday. It was his first match at Atlético's stadium since leaving the club.

Barcelona won 1-0 with an 86th-minute goal by Lionel Messi.