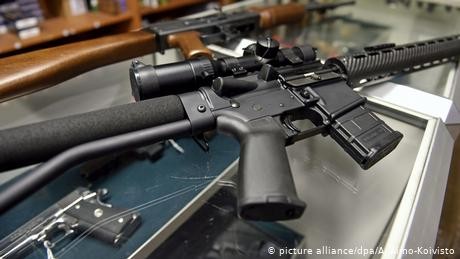 The European Court of Justice (ECJ) on Tuesday dismissed the Czech Republic's legal challenge against the ban on semi-automatic rifles for private use introduced after terrorist attacks in 2015.

The Court ruled that the measures taken by the European Parliament and the Council "in the contested directive do not entail breaches of the principles of conferral of powers, proportionality, legal certainty, protection of legitimate expectations or non-discrimination as alleged by the Czech Republic in support of its action."

The EU measures against the use of semi-automatic rifles for private use are intended to curb gun violence and prevent terrorists from acquiring weapons on the black market.

Support for the new rules gained traction following several terror atrocities on European soil, including attacks in Paris, Nice and Brussels over the past several years.

The EU's firearms policy reform toughens gun control across the bloc and makes it harder for EU citizens to obtain and possess certain weapons. It also created tougher rules for licensing and registration of guns.

"With a view to abolishing border controls within the Schengen area, the Firearms Directive established a harmonized minimum framework for the possession and acquisition of firearms and their transfer between Member States," the ECJ said in a statement.

"To that end, that directive lays down provisions concerning the conditions subject to which various categories of firearms may be acquired and held, while laying down, on the basis of requirements of public safety, that the acquisition of certain types of firearm must be prohibited," it added.

Read more: European gunmakers flood the US with firearms

But gun-control legislation differs widely across the EU and not every member state was in favor of the new directive from Brussels. Some countries sought exemptions on buying and selling semi-automatic firearms for groups ranging from shooting clubs to collectors.

Maintaining that the new rules were unduly restrictive for law-abiding gun owners such as hunters, the Czech Republic even filed a legal challenge at the ECJ. It said the directive would just shift weapons to the black market and do nothing to increase security in the country, where hunting is a popular pastime and gun attacks are rare.

But Eleanor Sharpston, an advocate general at the ECJ, told judges in April that they should dismiss the Czech bid. "The court should dismiss the Czech Republic's action in its entirety," Sharpston said in a statement. She said the EU directive mainly concerned the free movement of firearms and that this had an impact on crime prevention, but did not harmonize national crime prevention policies.

Judges at the European Court of Justice follow the advice of their advocate generals in the majority of cases although they are not bound to do so.