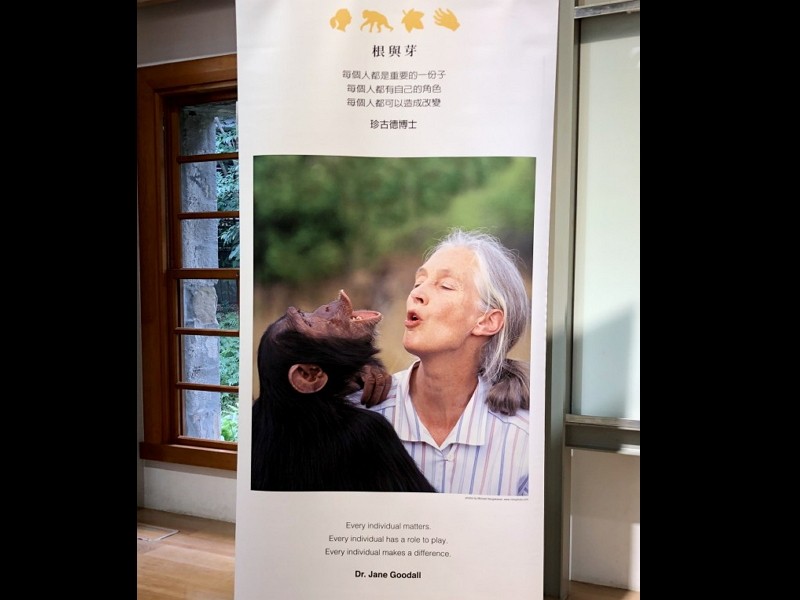 National Taiwan Museum (NTM) and the Jane Goodall Institute Taiwan will host a major wildlife conservation carnival in Taipei on Saturday as part of the international Roots & Shoots program, to encourage awareness of wildlife and environment conservation amongst school children, according to the organizers Wednesday.

A total of 26 booths set up by 26 elementary schools from Taipei, New Taipei, and Hsinchu cities will be set up at the park to share information about the animals that they care for, Kok told CNA.

"It will be a wonderful affair where people come together to celebrate the diversity of nature," she said, adding that over 1,200 people are expected to attend.

In addition, French music artist Eric Capone will perform nine wildlife conservation-related songs he co-wrote with students from nine Taiwanese elementary schools in the month since arriving in the country.

He commended the creativity of Taiwanese children who wrote the lyrics imagining that they were animals in danger calling out for help, Capone said.

"The lyrics are simple, but yet so touching," he said. "I was surprised at how much they were involved in spreading wildlife conservation, I think the teachers do a good job teaching them about all the different animals."

Another highlight of the carnival will be children dressed up as their favorite animals in costumes made out of recycled materials, a tradition the Jane Goodall Institute Taiwan has promoted at previous events.

"When we started 10 years ago with an animal parade, we wanted to celebrate the diversity of the natural world, where people come dressed up, pretending to be animals and speaking out on their behalf," Kok said.

National Taiwan Museum Director Hung Shih-yu (洪世佑) stressed the importance of wildlife conservation because the World Wide Fund for Nature (WWF) has reported that animals are becoming extinct at an alarming rate.

The rapid loss of species is estimated by experts to be between 1,000 and 10,000 times higher than the natural rate of extinction that would occur if humans were not around, according to the WWF website.

"The rate of animals becoming extinct is very alarming and the reason is because of the actions of humans, so it is very important to spread awareness of wildlife conservation to children when they are young to help curb future damages," Hung said.

Roots & Shoots is a global program that guides young people in nearly 100 countries in becoming conservation activists and leaders in their daily lives, according to the Jane Goodall Institute Taiwan website.

The Institute's Taiwan Office was established in 1998 to promote and coordinate the Roots & Shoots program founded by Jane Goodall, an English primatologist, anthropologist and world-renowned expert on chimpanzees.