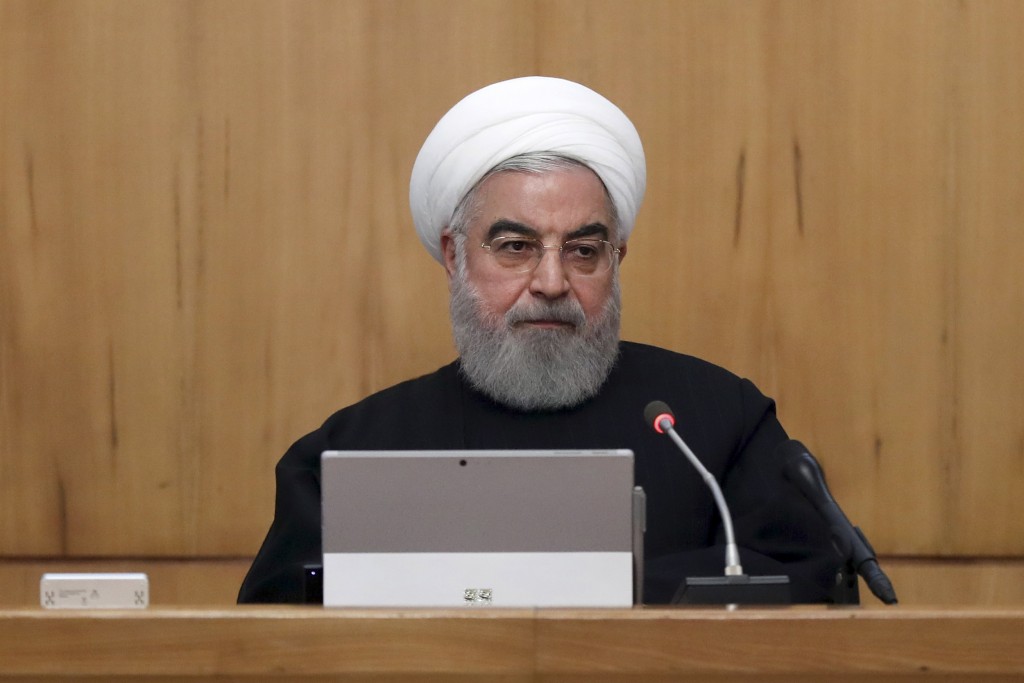 TEHRAN, Iran (AP) — Iranian President Hassan Rouhani says Tehran hasn’t closed the window on talks with the U.S. but reiterated his government’s standing condition that the Trump administration lift sanctions imposed on Iran before any negotiations can take place.

Rouhani’s statement was posted on the Iranian presidency’s website Wednesday. It quoted him as saying there’s no barrier from the Iranian side for meeting with the heads of 5+1 nations.

That’s a reference to the U.N. Security Council's five permanent members, including the U.S.

Rouhani says that “whenever the U.S. lifts the unfair sanctions, the heads of 5+1 nations can immediately meet and we have no problem” with that.

He said Iran has no other option but to defy those who imposed sanctions on Tehran, “but we have not closed the window on talks.”