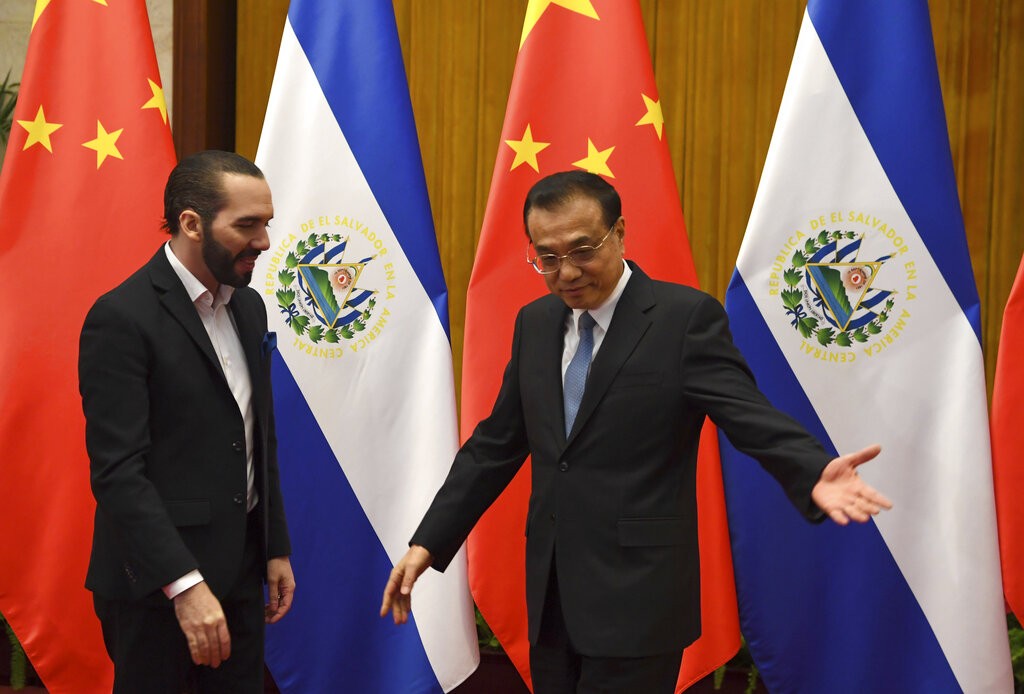 TAIPEI (Taiwan News) — Taiwan's former diplomatic ally El Salvador announced on Tuesday (Dec. 3) that it has signed a "gigantic" infrastructure deal with China, for an undisclosed amount of money.

Under the terms of the investment, the size of which has not been disclosed, China will construct a large-capacity sports stadium, multi-story library, and water treatment plant, according to the report. The agreement states that China will help in "reconstruction and expansion" of coastal tourist sites such Surf City and La Libertad Pier and by building streets, parks, and two water supply projects, reported Straits Times.

Denying that his country had fallen into a debt trap, as many other developing countries have with China in recent years, Bukele said, "What part of 'non-refundable' did they not understand? It's not a loan, but a donation," according to the report. However, as the terms of the agreement have not been made public, it is difficult to tell whether Beijing has strings attached to the deal.

El Salvador cut diplomatic ties with Taiwan in 2018, ending a 77-year relationship. The move caused the U.S. to accuse China of meddling in the country’s internal affairs.

When Nayib Bukele took office in February, he accused China of meddling in Latin American politics. In May, Vice President of El Salvador Felix Ulloa said El Salvador would not rule out restoring diplomatic relations with Taiwan.

However, China's state-owned mouthpiece CGTN on Dec. 4 reported that Bukele expressed his "willingness to jointly build the Belt and Road" and said that he hoped relations between the two countries will "set a good model for other countries in Latin America."

After holding talks with Bukele on Tuesday (Dec. 3) in Beijing, Xi said that China will increase its imports of sugar, coffee, and other "high quality specialty products" from El Salvador and welcomed the country in playing an "active part in jointly building the Belt and Road."

In response to the news of the deal, Twitter user Cindy Wan wrote the following comments"

"Debt trap diplomacy. 'Gracias por los RMBs.' Right? The poor people of El Salvador will not benefit from this."

"To Salvadoran President Bukele: 'Nad es gratis.' There are no free lunches."