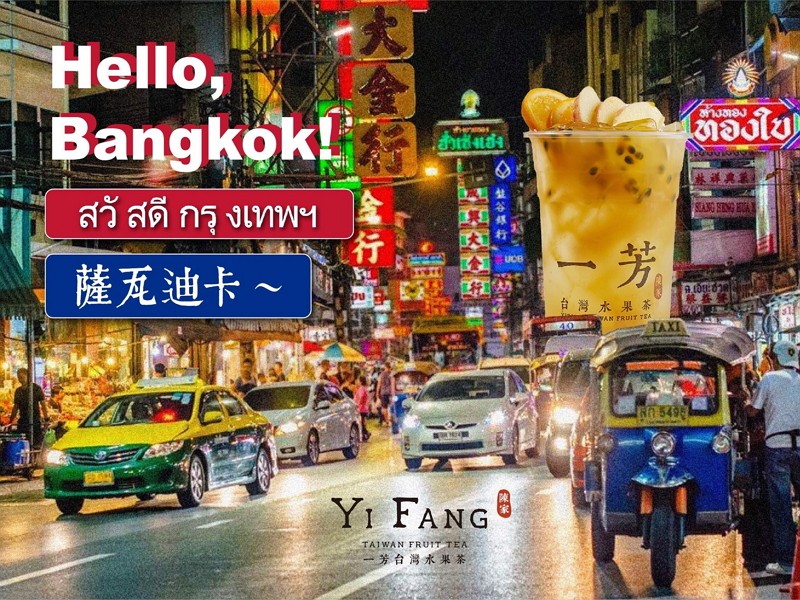 The store, in the Bangkok shopping mall of Samyan Mitrtown, has been well-received since starting a trial run in October, reported UDN. The company plans to open 14 stores in Thailand, with the next one slated for December.

Kei Tzu-kai (柯梓凱), founder of the tea franchise, made a plea for forgiveness last month in a statement seeking to win back the hearts of consumers. More than 30 Yi Fang shops in Taiwan have ceased operations in the aftermath of the incident as a result of lackluster business.

While the issue has hurt the image of the company, Kei dismissed allegations Yi Fang is shifting its business abroad. The investment in Thailand represents a portion of its international expansion plans, Kei said, adding there are currently 1,500 branches in 16 countries, according to UDN.