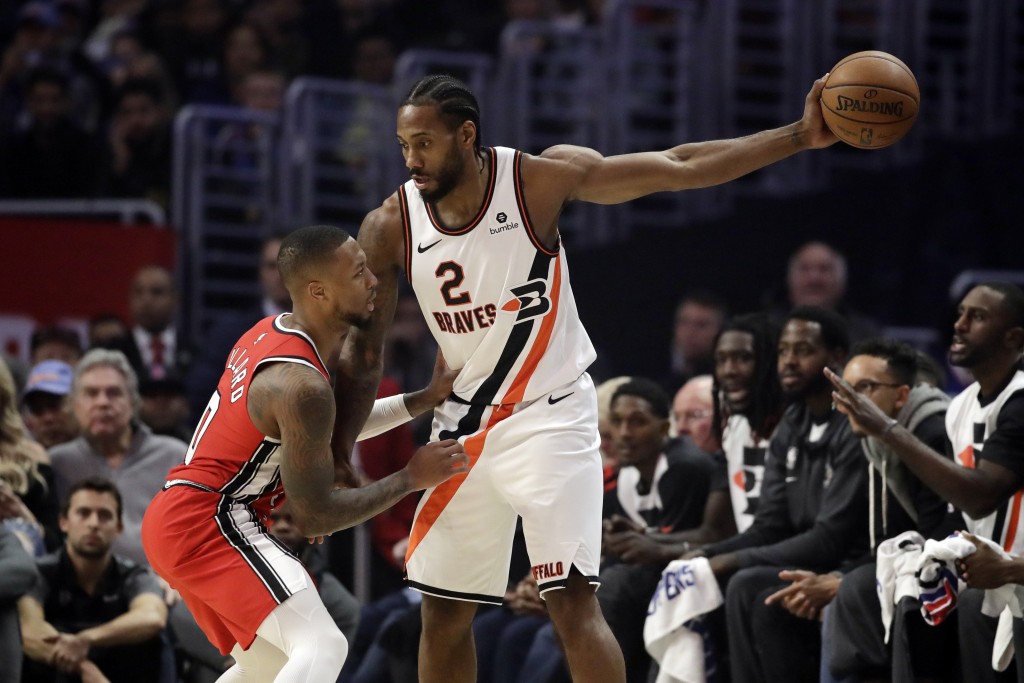 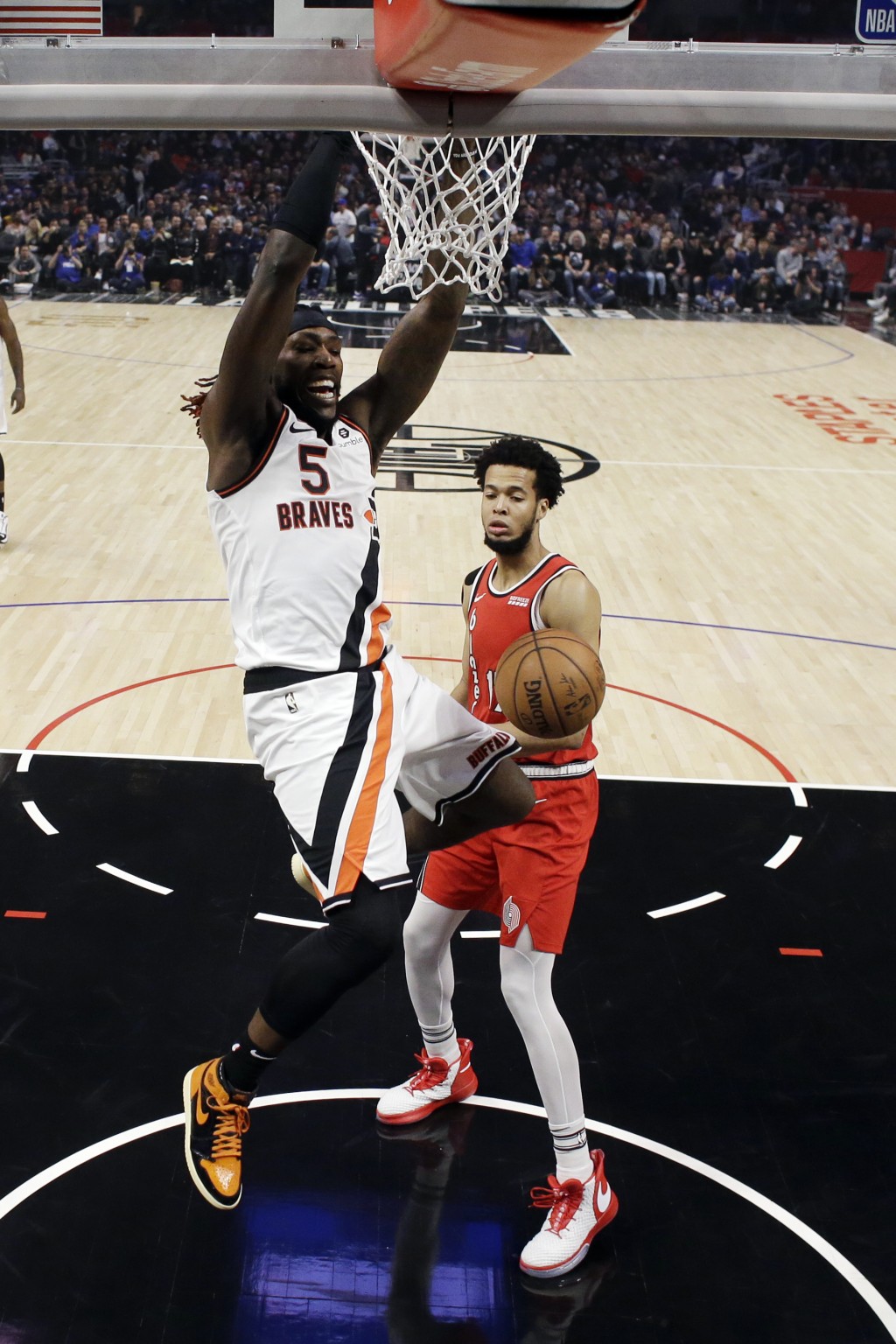 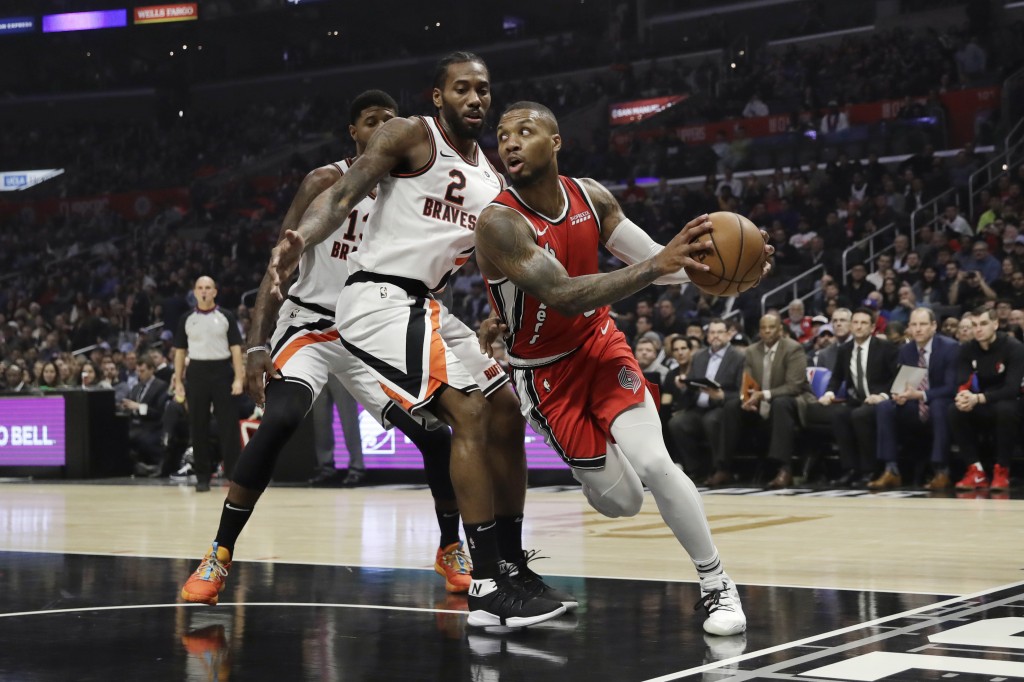 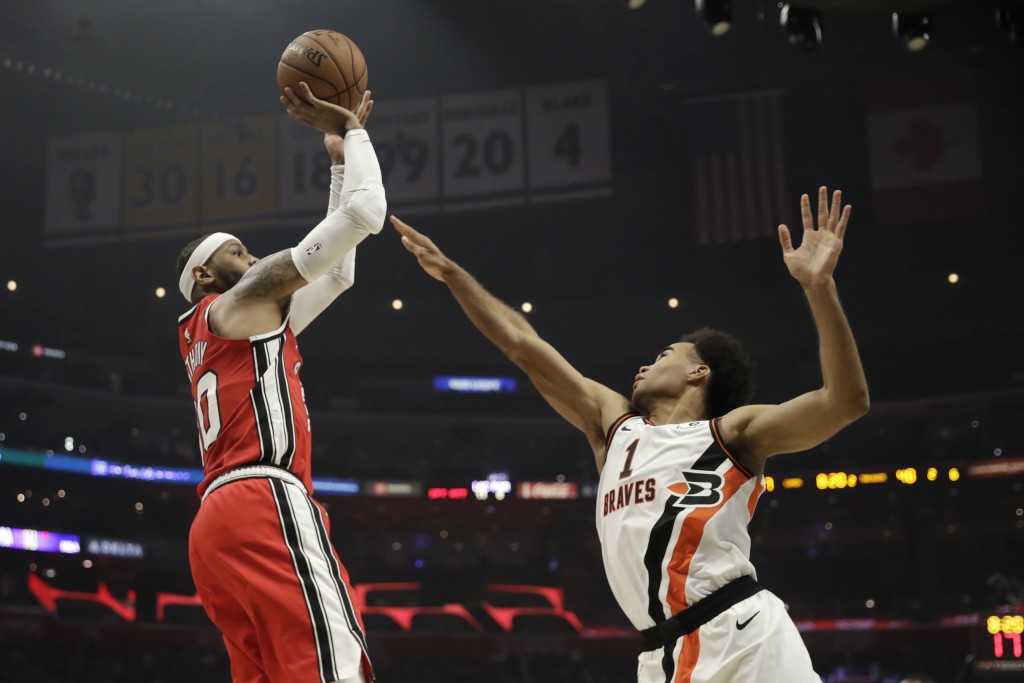 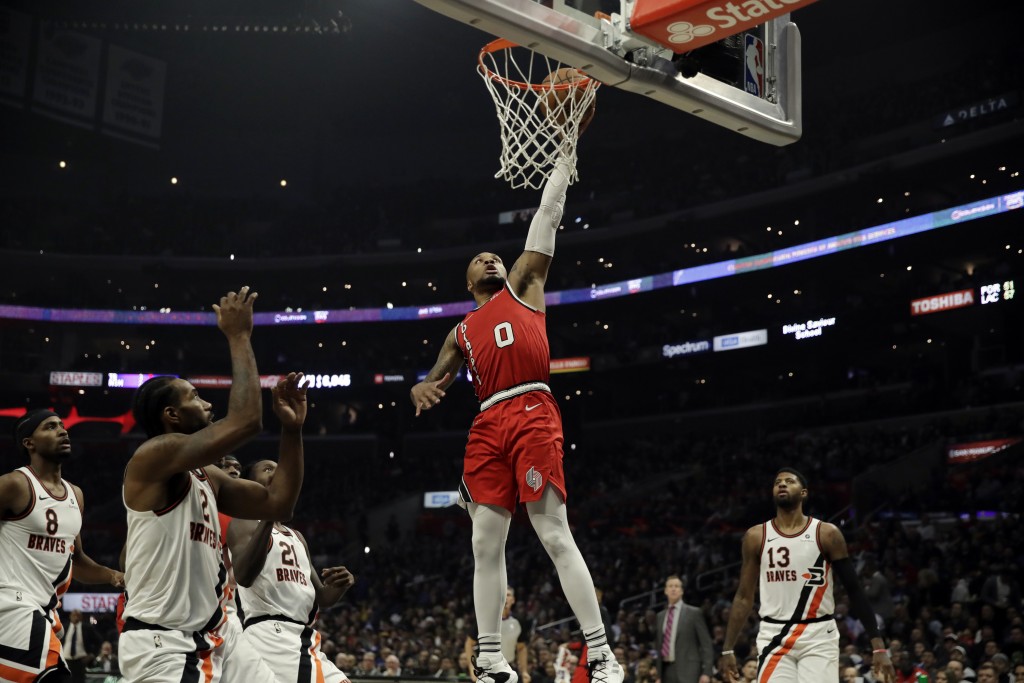 LOS ANGELES (AP) — Montrezl Harrell scored 26 points, Paul George added 25 and the Los Angeles Clippers pulled away in the second half to beat the Portland Trail Blazers 117-97 on Tuesday night.

The game was tied 10 times in the first half before the Clippers eked out a 62-59 lead at halftime.

George and Leonard took over to start the third. They each hit 3-pointers and George had a steal and a dunk to go with a free throw from Leonard as part of a 14-3 run that gave the Clippers a 76-62 lead.

The Blazers answered with seven straight points to trail by seven. Harrell dominated the rest of the quarter, scoring nine points in the Clippers’ 21-7 run over the end of the third and start of the fourth that extended their lead to 96-76.

George tied his season high by making 6 of 7 3-pointers, some arcing like rainbows on their way into the net. As a team, the Clippers made 17 3-pointers on 34 attempts, with Patrick Patterson scoring 15 of his 19 points on 3s.

Patterson and George connected on back-to-back 3-pointers in the fourth before George and Leonard sat down for good with 3:57 remaining.

CJ McCollum scored 20 points, Hassan Whiteside had 18 points and 13 rebounds, and Damian Lillard added 16 points on 5-of-15 shooting for the Blazers, whose three-game winning streak ended.

Carmelo Anthony had nine points and six rebounds two weeks after signing with the Blazers in his return to the NBA. Lillard and Anthony were held under their scoring averages.

Trail Blazers: Gary Trent Jr. (right hamstring strain) missed his fourth straight game. ... They had won six of their last eight against the Clippers, including two of three at Staples Center.

Clippers: JaMychal Green (tailbone) sat out after getting hurt on Sunday.

Trail Blazers: Host Sacramento on Wednesday in the second game of a back-to-back that also opens a four-game homestand.

Clippers: Visit Milwaukee on Friday to open a six-game Eastern swing, tying their longest road trip of the season.