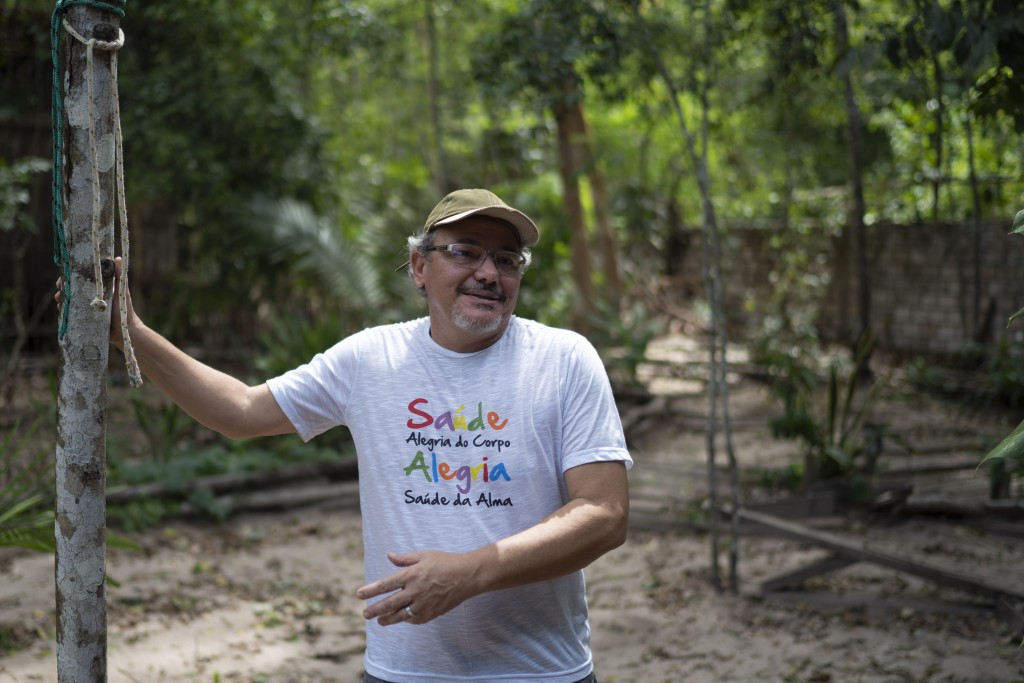 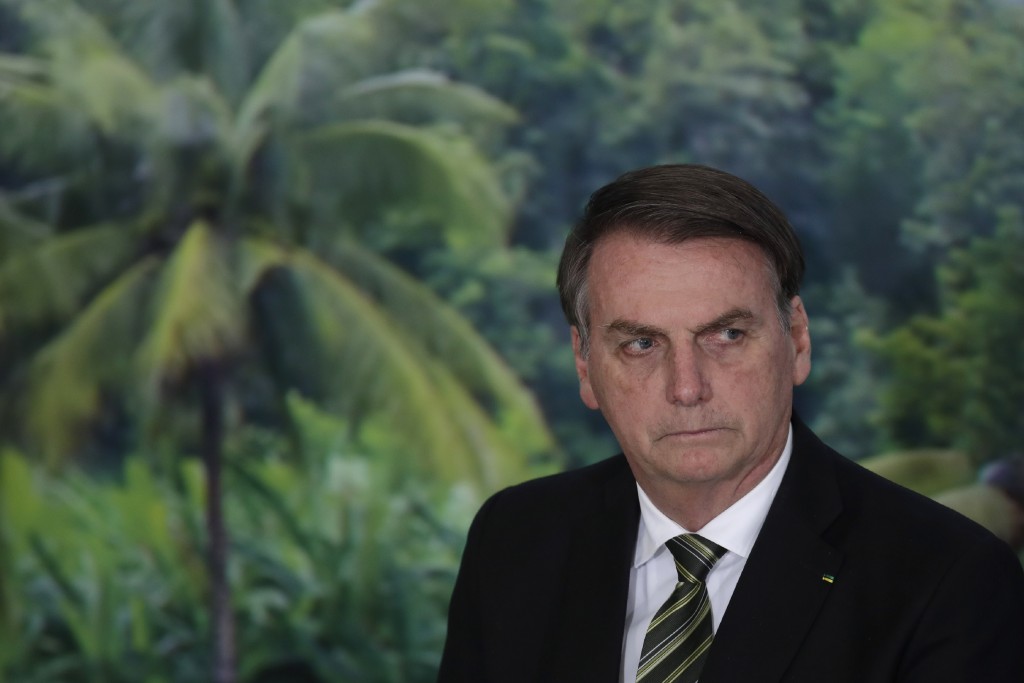 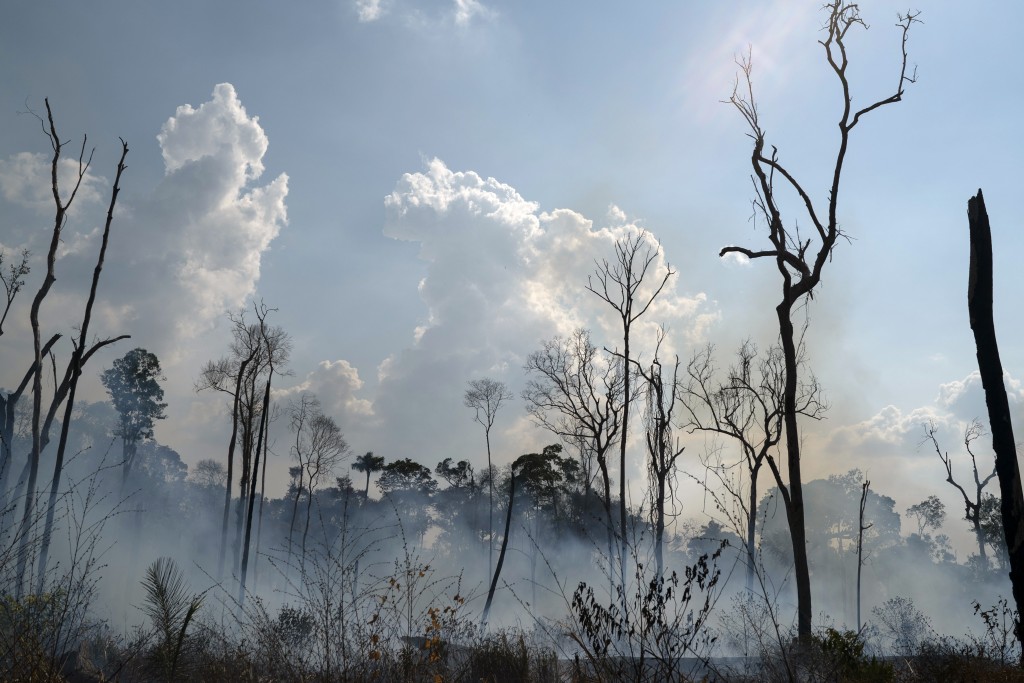 ALTER DO CHAO, Brazil (AP) — A sleepy Amazon town has become the flashpoint for the growing hostility between Brazil’s far-right President Jair Bolsonaro and environmental groups following the arrest of volunteer firefighters he has said set blazes in the rainforest.

The episode prompted leaders of nine non-governmental organizations on Tuesday to denounce the persecution of activists, academics and scientists since the election last year of Bolsonaro, who has accused many of them of working in the Amazon on behalf of foreigners— including actor Leonardo DiCaprio. The groups have been critical of Bolsonaro’s push to develop the world’s largest tropical rainforest.

“The government regards the third sector, Brazilian civil society, as the enemy of the country,” Ricardo Borges, executive coordinator at Pact for Democracy, said on the video call with reporters that also included the Brazilian branches of the World Wildlife Fund and Amnesty International.

Police last month accused several volunteer firefighters of setting forest fires to get funding through local NGOs in Alter do Chao, a town of less than 10,000 people on the edge of the Tapajos river in the state of Para. Federal prosecutors quickly said their investigation found no such evidence, the local police officer leading the investigation was removed from the case, and a judge ordered the firefighters be released from prison.

Still, Bolsonaro, a former army captain, publicly backed the police allegations against the firefighters and NGOs. Television footage of police making arrests and raiding NGO offices served, for some, as confirmation of the claims. Bolsonaro even accused DiCaprio of providing the funds to the NGOs - something the U.S. actor denied.

The controversy has cast Alter do Chao, known as “The Caribbean of the Amazon,” into the national spotlight.

Speaking at the edge of his verdant yard, Caetano Scannavino, coordinator of Health and Happiness, one of the two nonprofits investigated by local police, told the Associated Press incendiary rhetoric has created a climate of terror, and security consultants have recommended he leave Alter do Chao as soon as possible. Already he’s stopped sleeping at home.

“Today we’re in a war of narratives. The country is polarized and unfortunately we’ve created an environment of deconstruction instead of construction, in which people shout at each other and don’t debate,” Scannavino said. “It’s not justifiable to feed more hatred into an environment already polarized with hate.”

The same day, on the other side of Alter do Chao, a group of traveling businessmen spoke to the AP over breakfast at their hotel. One said there are hundreds of NGOs in the surrounding region, more than the number of farmers. Another said most of their funding goes to employee salaries and questioned their motives.

The volunteer firefighters and nonprofits deny any wrongdoing and say the investigation is politically motivated. Para state’s government said it won’t comment on the ongoing investigation until the police inquiry is concluded. The press offices of the president and the environment minister didn’t reply to requests for comments.

Bolsonaro has accused NGOs of feeding off the “industry of fines” in the country’s environmental sector and vowed to no longer allocate fine-related revenue to nonprofits. Environment Minister Ricardo Salles also announced earlier this year he was temporarily suspending funding to NGOs, pending review of contracts and partnerships to catch possible irregularities.

Such targeting hasn’t been limited to non-profits.

Galvão publicly countered the claims and was fired.

Brazil’s annual deforestation report released last month showed a nearly 30% jump from the prior year. While the government eventually acknowledged logging had increased, the academic community remained shaken by the high-profile dismissal at a scientific institution.

“In the Bolsonaro government, there is a group that has a clearly negative view of science,” Galvão said in a phone interview. “They have this idea that all scientists are on the left.”

In November, a group of international academics published a research paper in the journal Global Change Biology, debunking the Brazilian government's claims that Amazon fires in August were normal. More than one of the paper’s authors remained anonymous for fear of reprisal like that Galvão suffered, co-author Erika Berenguer told the AP.

“It was really tough for them to make that decision,” she said.

In Alter do Chao, the arrest of the firefighters wasn’t the first controversy this year to perturb the town’s peaceful vibe. In July, Brazil’s education minister was eating in the central plaza with his family when indigenous activists staged a short demonstration beside his table. The minister responded by taking a nearby microphone to address the crowd.

“I just want to show the difference between the left and people who aren’t on the left,” he said. “I’m here with my family on my vacation, one week of the year, three little kids, and you try to humiliate me in front of my kids. Is that it? Is that what you are?”

It quickly escalated into a shouting match, with video of the episode going viral nationwide.

Two days later, a list with names of NGOs, activists and professors from the region allegedly responsible for “the mistreatment of the minister” started circulating in local WhatsApp chat groups, according to a local journalist who writes under the name Hellen Joplin, who also works with local activists. She found herself on the list, described as being anti-Bolsonaro and a “leftist of the worst kind.”

“It was a total witch hunt: get them and punish them,” Joplin said in an interview.

That night, four police officers drove to her home with red lights flashing as she hosted a meeting of indigenous activists. Terrified attendees hopped Joplin’s back fence and hid in the jungle, while officers standing at Joplin’s doorway warned her about supposed motorcycle theft in the area and peered into her home, she said at the AP’s Rio de Janeiro office. She skipped town with her two toddlers and plans to return only to move her things out permanently.

For now, the volunteer firefighters and nonprofits remain under investigation in Alter do Chao. For Ana Torrellas, who helps run a restaurant in the town’s plaza, the process looks like arbitrary persecution.