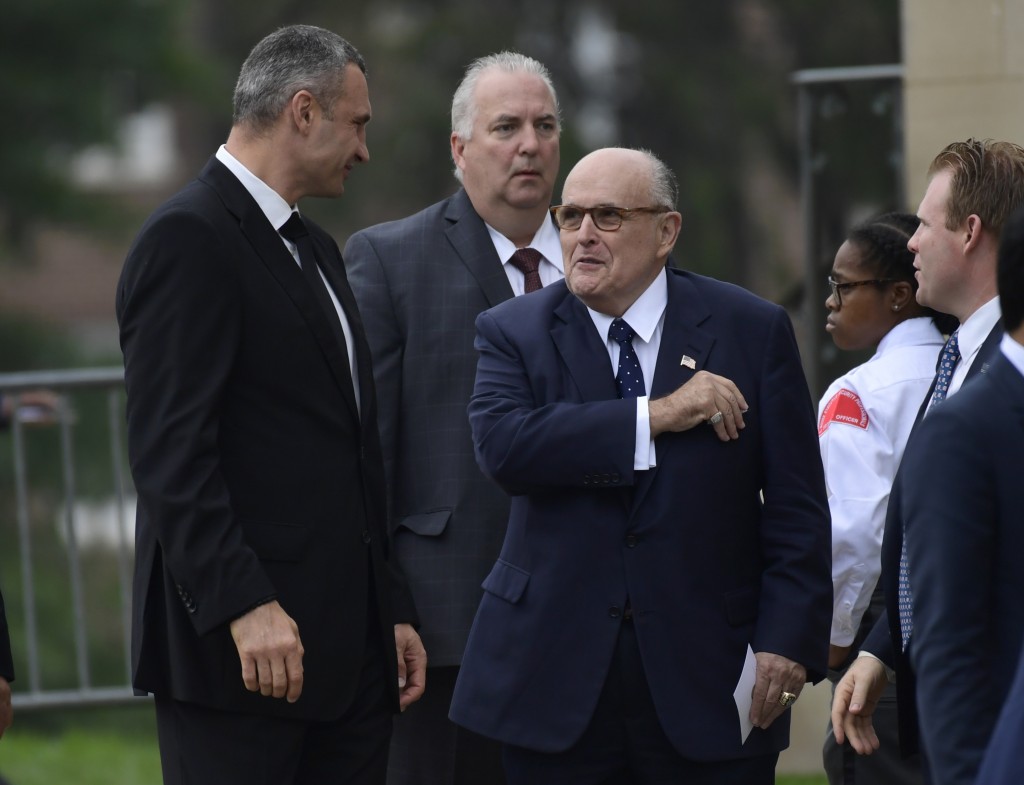 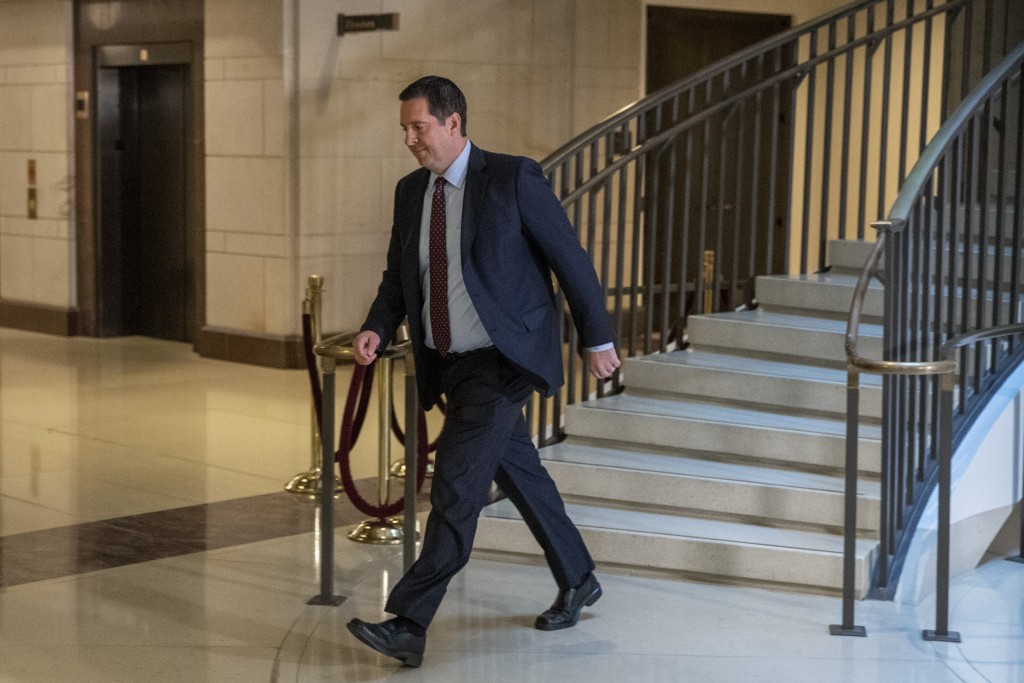 The report released Tuesday includes phone records obtained from AT&T and Verizon that show Giuliani also was in frequent contact with the White House and with Lev Parnas, a Giuliani associate who is under indictment on charges of using foreign money to make illegal campaign contributions. Prosecutors said the donations by Parnas and Igor Fruman, another Giuliani associate with Ukraine ties, were made while the men were lobbying U.S. politicians to oust the U.S. ambassador to Ukraine.

Giuliani, who has said he knew nothing about illegal campaign donations, was trying to get Ukrainian officials to investigate the son of Trump’s potential Democratic challenger, Joe Biden. Parnas and Fruman had key roles in Giuliani’s quest.

The records show that Parnas and Nunes were in frequent contact last April, when Giuliani was publicly calling for an investigation of Biden.

House Intelligence Chairman Adam Schiff, who sparred with Nunes during public impeachment hearings, said he was going to “reserve comment" on the Republican's appearance in the report. But he added that, while Trump was “digging up dirt” on Biden, “there may be evidence that there were members of Congress who were complicit in that activity.”

Schiff said it may be the role of others to investigate further, but did not elaborate.

Joseph Bondy, a lawyer representing Parnas, said on Twitter that Nunes should have recused himself from the impeachment hearings. Parnas has been providing documents to the Intelligence committee in compliance with a subpoena, according to the report.

The call records show Giuliani, Nunes and Parnas were in frequent contact with John Solomon, then a columnist for the Washington news outlet The Hill. Solomon published a series of opinion pieces criticizing then-U.S. Ambassador Marie Yovanovitch, including a false allegation that Yovanovitch had made “disparaging remarks” about Trump. Yovanovitch, who testified during impeachment hearings, called the claim “fictitious”and the State Department issued a statement calling it a “fabrication.''

"Solomon was not working alone,'' the report said, citing "a coordinated effort by associates of President Trump to push these false narratives publicly, as evidenced by public statements, phone records, and contractual agreements.''

After Solomon published an article critical of Yovanovitch on April 7, phone records show numerous calls between Giuliani, Parnas, Nunes and Solomon. For instance, on April 10, Giuliani and Nunes talked on three short calls in rapid succession, followed by a text message, and ending with a nearly 3-minute call. Later that day, Parnas and Solomon had a 4-minute, 39-second call.

Solomon, a former reporter for The Associated Press and The Washington Post, now reports for his own website.

The report also shows extensive contact between Giuliani and the White House. On April 24, Giuliani had three phone calls with a number associated with the Office of Management and Budget, and eight calls with a White House number.

One of Giuliani's calls with the White House was 4 minutes, 53 seconds, and another was 3 minutes, 15 seconds. Later that night, the State Department phoned Yovanovitch and abruptly called her home because of “concerns” from “up the street” at the White House.

The calls came as Giuliani and others were trying to persuade Ukraine's new president to investigate the Bidens.

Later that night, Giuliani sent a text message to a phone number associated with the White House. An hour and 15 minutes later, someone using an unidentified number (“-1”) dialed Giuliani three times in rapid succession. It was not clear who that person was.

After a flurry of calls by Giuliani to the White House, someone using the “-1” number called Giuliani and connected for 4 minutes, the report said.

A spokesman for AT&T said the company is required by law to provide information to government and law enforcement agencies. “In all cases, we ensure that requests for assistance are valid and that we act in compliance with the law,'' spokesman Jim Greer said.