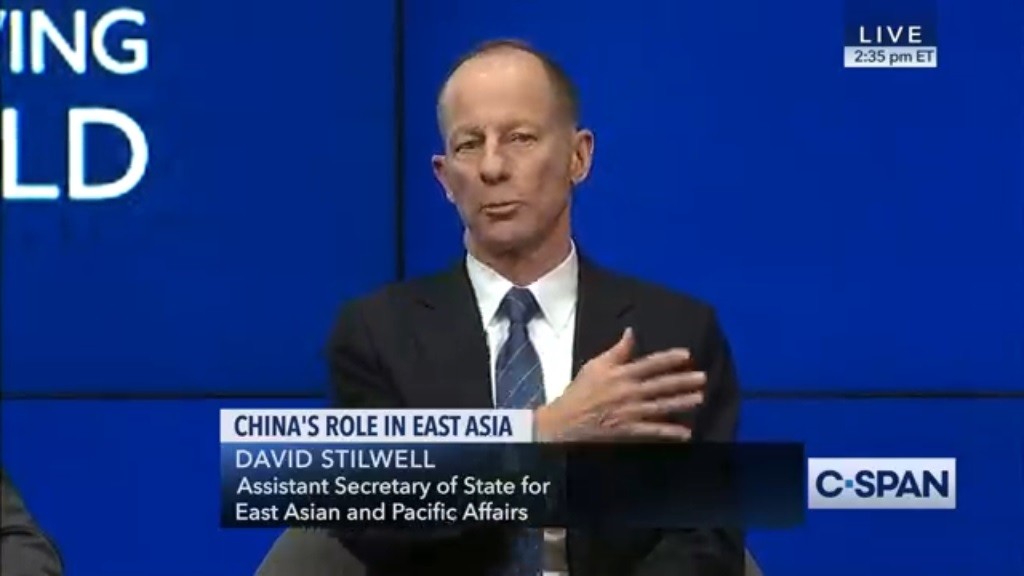 TAIPEI (Taiwan News) — A U.S. State Department official on Monday (Dec. 2) raised concerns about U.S.-Taiwan relations after he refused to refer to Taiwan as a country.

On Monday, David R. Stilwell, assistant secretary of state for the Bureau of East Asian and Pacific Affairs, gave a speech at the Brookings Institution in Washington titled, "The U.S., China, and Pluralism in International Affairs." Despite the fact that the focus of the speech was pluralism in Asia, he failed to mention the arguably most pluralistic country in the region — Taiwan.

After Stilwell completed his speech and spoke with a senior fellow at the institution, a Taiwanese reporter from UDN was selected to ask the first question during a Q&A session at the 31-minute mark of the C-SPAN video. She asked whether, given the fact that he had visited Japan and other Asian countries to show U.S. support, "Do you plan to visit Taiwan to show your support?"

Stilwell responding by saying, "That's an easy answer. You mentioned 'countries' and you know the U.S. abides by the [US] Taiwan Relations Act and the Three [Joint] Communiques. So, um, I'm going to defer that one and note that we support that. And I will not refer to Taiwan as a 'country,' so, thank you." With his answer, Stilwell cast doubt on whether he would be willing to support Taiwan by paying a visit and appeared to defer to communist China by refusing to refer to Taiwan as a country.

In response to Stilwell's remarks on Taiwan, Ministry of Foreign Affairs spokeswoman Joanne Ou (歐江安) said at a press conference on Tuesday (Dec. 3) that the ministry is aware of the situation and will communicate with the U.S. through its channels to found out if there is any further meaning, reported CNA. Ou emphasized that the relationship between Taiwan and the U.S. is "close and friendly."

Since the Trump administration has taken office, the U.S. has repeatedly reaffirmed Taiwan Relations Act and the Six Assurances to fulfill its security commitments on the Taiwan Strait. Ou pointed out that over this period, the U.S. has also approved five arms sales to Taiwan, "fully reflecting its consistent and firm support for Taiwan," according to the report.

However, Ou made it clear that Taiwan is a sovereign and independent country. Helping to fill in gaps in Stilwell's speech on pluralism, Ou said that Taiwan's achievements in democracy, freedom, human rights, and the development of the rule of law have also been lauded by countries with similar values and the international community.