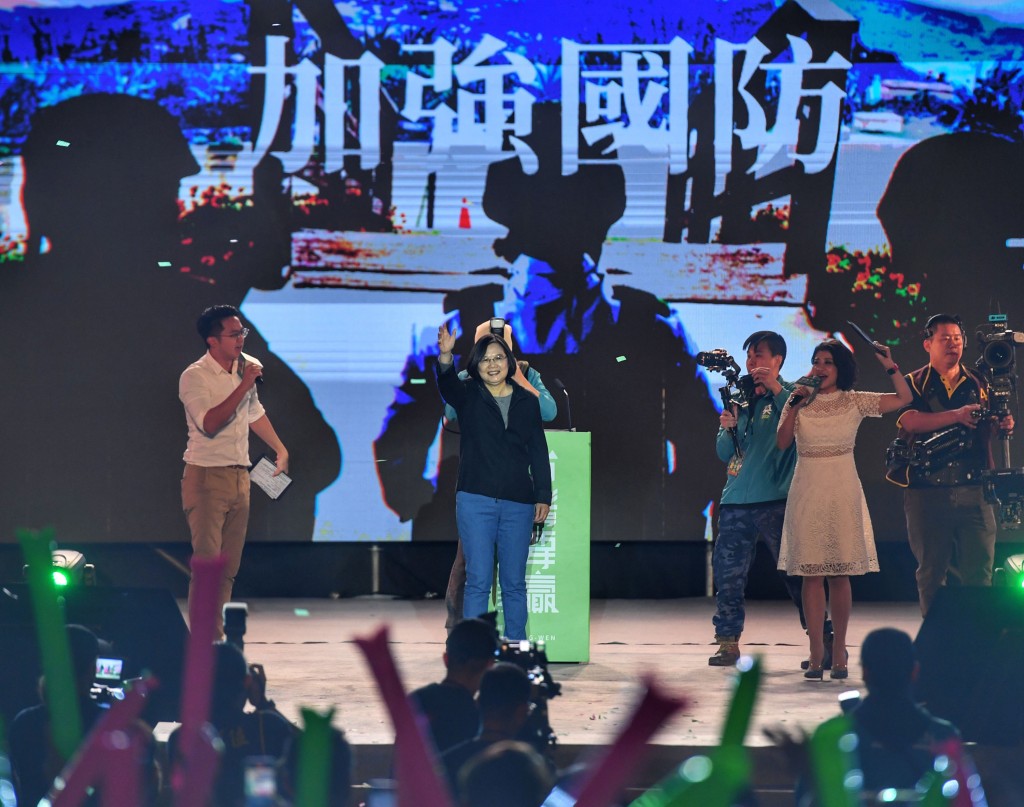 Tsai made the announcement at a campaign event dedicated to young supporters on Tuesday (Dec. 3) evening in Taipei. It was reported the event, featuring talks from officials and performances from independent music bands, drew an audience of nearly 3,000, with approximately 10,000 people watching the live stream.

The volunteers will form an “Ing Yen Troop” (英眼), with “ing” taken from the president’s name and “yen” referring to an eye. It is said to be the first large-scale attempt by a presidential campaign office to mobilize volunteers to monitor the counting process at polling stations.

The recruiting event was dubbed, “Cast a ballot for Taiwan, safeguard a vote for ‘Little Ing,’” (Tsai’s nickname). It was launched through Line, the most popular messaging application in Taiwan, on Tuesday.

Tsai said via her Line message that being a member of the Ing Yen Troop means that each volunteer becomes “my eyes, witnessing the vote counting on my behalf at every poll station” across Taiwan.

Tsai plans to recruit 17,000 volunteers, who will be tasked with monitoring the counting process and reporting back to the campaign office. According to the Central Election Commission, there will be 17,232 polling stations for the presidential and legislative elections in January.