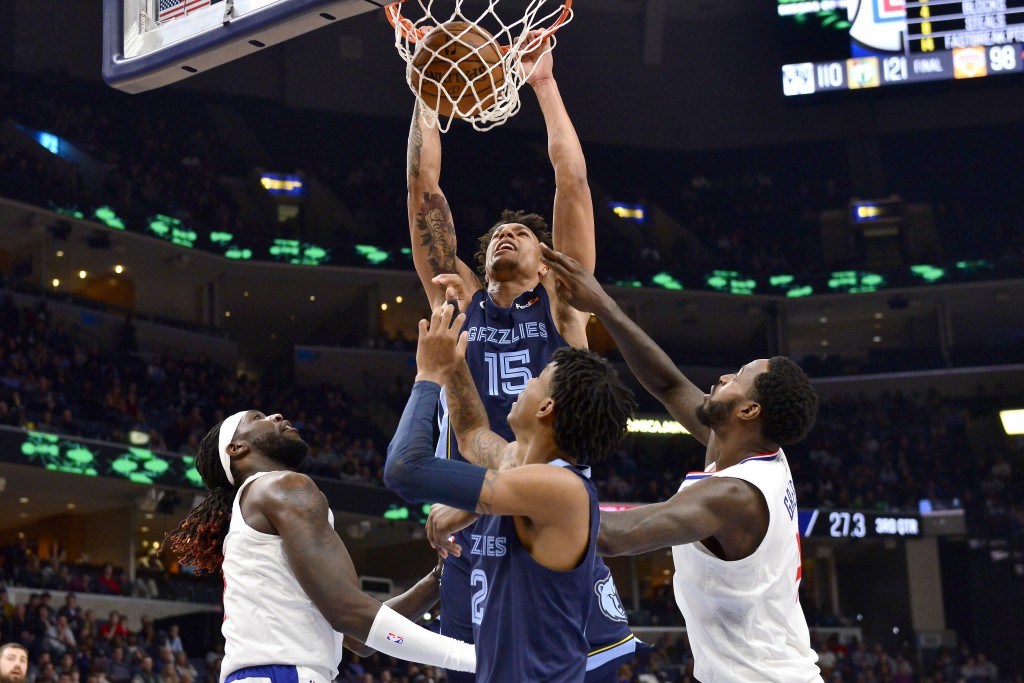 Clarke hurt his oblique muscle in the first half of Sunday’s win at Minnesota. He did not return for the second half and did not dress for Monday night’s loss to Indiana.

The Grizzlies already are without their top draft pick, Ja Morant, who is week to week because of back spasms. Clarke was the 21st pick out of Gonzaga by Oklahoma City, who traded his draft rights to Memphis. Clarke helped lead the Grizzlies to the summer league title.