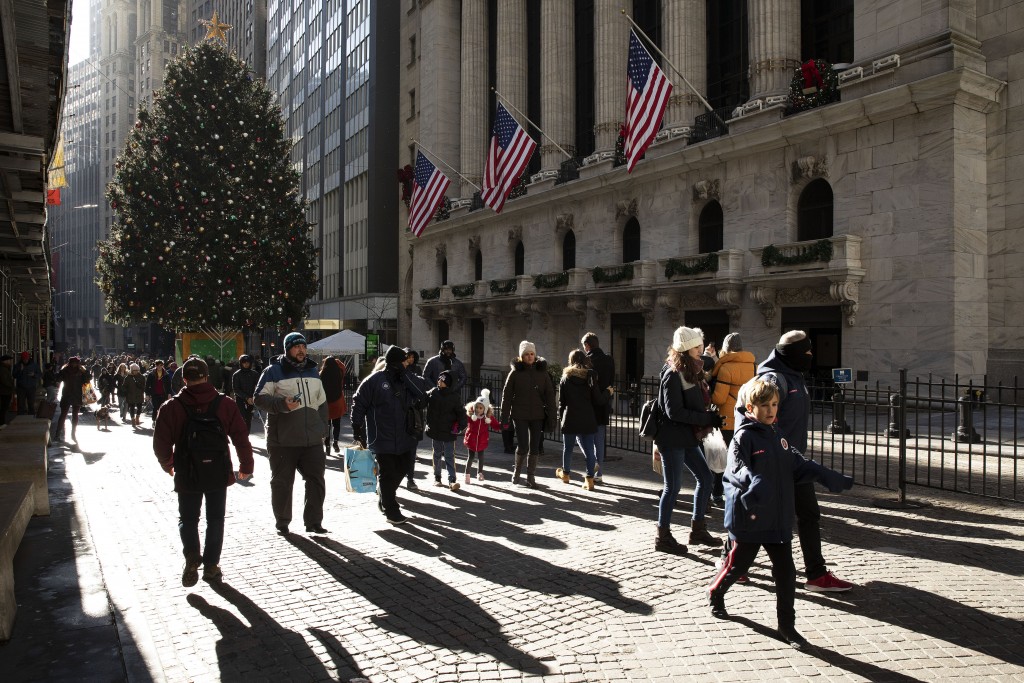 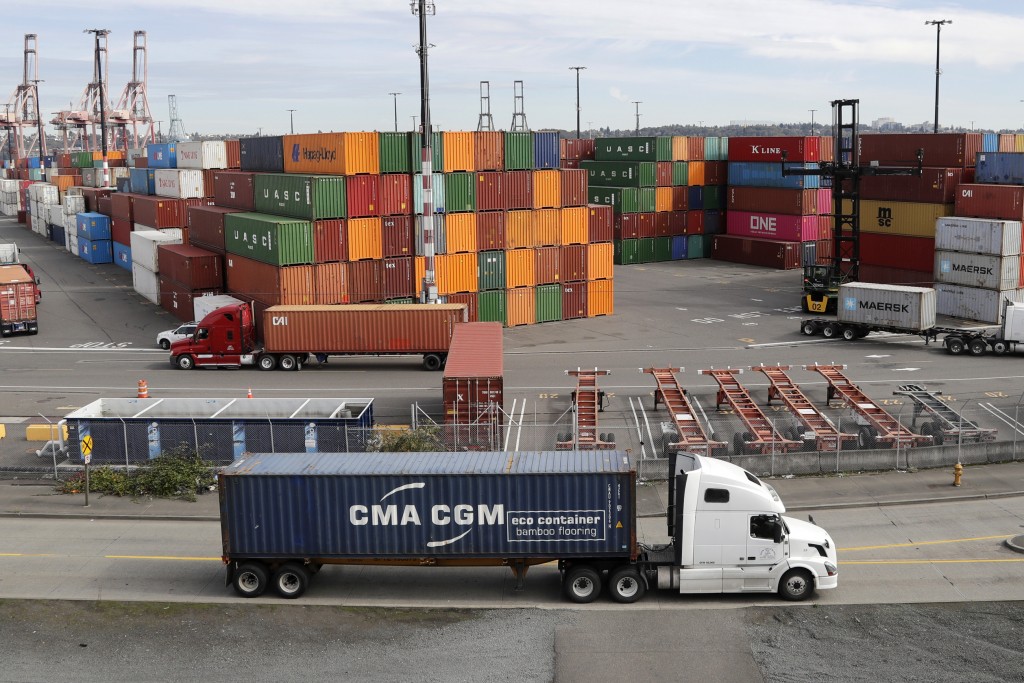 WASHINGTON (AP) — There are lots of ways, it seems, to land on one of President Donald Trump’s tariff hit lists.

Countries can allegedly steal U.S. trade secrets. Or they can introduce a tax that the Trump administration doesn’t like. Or they can be unlucky enough to find themselves in such dire economic straits that their currencies go into a freefall.

Making good on his campaign pledge to upend decades of U.S. policy in favor of a pugnacious America-first approach, Trump has launched a series of protectionist broadsides against America’s trading partners. He’s also strived to replace a 25-year-old North American trade agreement with an updated version more to his liking. So far, though, he’s been stymied by the U.S. Congress.

Here’s a look at some of the major items on Trump’s trade agenda:

A TRADE WAR WITH CHINA

For the past 17 months, the world’s top two economies have been locked in the biggest global trade war since the 1930s.

The Trump administration accuses Beijing of cheating in its quest to become the world’s supreme leader in such cutting-edge industries as robotics and driverless cars. The administration, backed by many U.S. business groups, alleges that China steals technology, forces U.S. companies to hand over trade secrets as the price of admission to its vast market and unfairly subsidizes China’s tech companies while hogtying their foreign competitors in red tape.

The president has imposed tariffs on more than $360 billion worth of Chinese imports and plans to tax an additional $160 billion in goods on Dec. 15 — a move that would extend his import taxes to just about everything China ships to the United States. Beijing has hit $120 billion in U.S. products with retaliatory tariffs.

Thirteen rounds of negotiations have failed to achieve even a preliminary breakthrough. Beijing is reluctant to make the kind of substantive policy reforms that might satisfy the administration.

In October, the two sides agreed to a modest deal that left the thorniest issues unresolved: Trump agreed not to proceed with plans to raise tariffs on some Chinese goods. Beijing agreed to buy large quantities of U.S. farm exports.

But they have failed to finalize that so-called Phase 1 agreement. And on Tuesday, Trump warned that an agreement might not be reached until after the 2020 presidential election.

Last year, Trump unsheathed a little-used weapon in U.S. trade policy — Section 232 of the Trade Expansion Act of 1962 — to declare foreign steel and aluminum a threat to America’s national security. Using that justification, he imposed tariffs of 25% tariff on imported steel and 10% on aluminum.

But he exempted several countries. Argentina and Brazil, for instance, avoided the tariffs by agreeing instead to accept quotas on their metal exports to the U.S.

With one early-morning tweet Monday, Trump demolished that arrangement. He accused Argentina and Brazil of manipulating their currencies lower in order to give their exporters an unfair price advantage in foreign markets.

It’s true that Brazil’s real and the Argentina’s peso have plummeted against the U.S. dollar. But it’s not because their governments have engaged in currency manipulation. Rather, it’s because their economies are in crisis:

Brazil is contending with double-digit unemployment and economic stagnation after two years of deep recession. Argentina is suffering from an economic crisis marked by runaway inflation, huge debts and widespread poverty.

Trump last year browbeat Mexico and Canada into agreeing to a rewrite of the North American Free Trade Agreement. But his version — the U.S.-Mexico-Canada Agreement, or USMCA — still awaits approval from the U.S. Congress.

Having taken effect in 1994, the original NAFTA erased most trade barriers between the three economies and created a powerful regional trade bloc. Many U.S. manufacturers moved factories south of the border to capitalize on low-wage Mexican labor and ship products back to the United States, duty-free. Trump and other critics accused NAFTA of wiping out American manufacturing jobs.

Trump warned that if he couldn’t negotiate a better deal, he’d kill NAFTA altogether. USMCA emerged after more than a year of contentious negotiations. The revamped deal is meant to return some factories and factory jobs to the United States.

Among other things, it requires that 40% to 45% of autos must be built where auto workers earn at least $16 an hour in order to qualify for the trade deal’s duty-free status.

But House Democrats, who must approve USMCA, insist that Trump’s version needs to be tweaked to ensure that it can be enforced. They’ve been negotiating changes with Trump’s top trade official, Robert Lighthizer, but have yet to resolve their differences.

The administration on Monday announced plans to impose tariffs of up to 100% on cheese, wine, lipstick and other French imports, collectively worth $2.4 billion. The reason: France last summer passed a digital services tax that targets American tech giants such as Amazon and Google.

The French tax is designed to prevent tech companies from dodging taxes by establishing their headquarters in low-tax European Union countries. It imposes a 3% annual levy on French revenue of digital companies with yearly global sales worth more than 750 million euros ($830 million) and French revenue exceeding 25 million euros.

The Trump administration has also criticized the French tax for targeting companies’ revenue, not their profits, and for being retroactive.

French President Emmanuel Macron has threatened a robust “response’’ from Europe if the U.S. proceeds with the tariffs.

At Trump’s request, the Commerce Department launched an investigation into auto imports — and then dutifully declared that they, too, posed a threat to America’s national security. That could clear the way for Trump to impose tariffs on foreign vehicles and auto parts.

Auto tariffs would mark a major escalation in Trump’s protectionist policies. The United States last year imported $192 billion worth of passenger vehicles and $159 billion in auto parts. Virtually no one outside the White House supports the tariffs. Imposing them would widen a rift with Europe and risk a backlash in Congress, where lawmakers are already considering scaling back the president’s power to impose tariffs on national security grounds.

Trump has sought to use the tariff threat to wring trade concessions out of Japan and the European Union. Prime Minister Shinzo Abe has said that Trump vowed to forgo tariffs on Japan’s cars as part of a mini-trade deal the two countries reached earlier this year.

In May, Trump delayed the tariffs for six months while continuing negotiations with Japan and EU. As the mid-November approached, Trump said he’d decide on the tariffs “very soon.’’

But the deadline came and went with no comment from the administration.