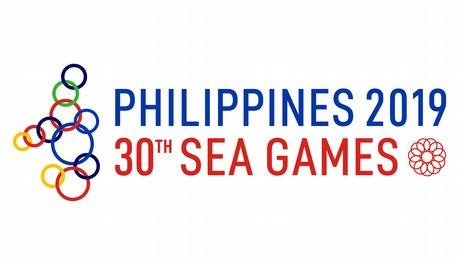 The SEA Games opened on Saturday, November 30, in Manila, but reports of teams being stranded at the airport and then waiting for hours to check into their hotel rooms went viral on social media.

In a message to DW, Philippine Senator Franklin Drilon said he will urge the Senate to launch a probe into the SEA Games' expenditure and ask the Commission on Audit to look into the Games' funds.

Opposition Senator Drilon questioned the allocation of the SEA Games funds under the Department of Foreign Affairs (DFA), which, he said, had no sporting mandate.

"We welcome any investigation and audit of the public funds used after the closing of the games. We ask that we be allowed to focus on the hosting of the SEA Games for now," Jarie Osias, a spokesman for the Philippine Southeast Asian Games Organizing Committee (PHISGOC), told DW.

A total of 11 countries from Southeast Asia are competing in 56 sports over 500 events that will run until December 11.

"It will not be too late by then [for the Senate investigation]. We are required to submit liquidation reports and have our books audited by the end of the year," Osias explained.

Philippine President Rodrigo Duterte has also ordered a separate investigation into the alleged mismanagement of funds.

"The office of the president will also be conducting a separate probe into the aberrations and irregularities in the administration of the SEA Games immediately after the [end of the] games," Presidential Spokesperson Salvador Panelo said in a statement.

In a press briefing last week, Panelo vowed that those responsible will be held to account. "There is no sacred cow in this government," he said.

Read more: Japan struggles with English-language signs ahead of 2020 Olympics

Alongside corruption scandals, the capture of the Aeta community's lands for the games has also made headlines in the country. The indigenous community lives on the outskirts of the New Clark City, which now serves as the main hub of the SEA Games.

The mountains Aeta calls their home have been flattened, and their farmland has been razed to make way for the backhoes and bulldozers that built the sports complex that includes a 20,000-seat stadium and an "village" for athletes.

About 200 Aeta families were reportedly displaced when the sports arena was built, however activists say about 50,000 Aetas and 10,000 farmers will eventually be displaced when the master plan to transform some 9,450 hectares of land into a modern metropolis is complete.

Vivencio Dizon, the chief executive of the Bases Conversion Development Authority (BCDA), which is overseeing the project, claims that no indigenous community has been displaced.

Pia Montalban, the convenor of Kamandag, a collective of artist activists, told DW that earlier this week, some 500 Aeta families were given a week notice to relocate. "There is much debate about who is being displaced: Aeta or farmers? These are people. They are being displaced and the government is not doing enough to help them," Montalban said.

The activist is of the view that the Aetas were not given proper compensation.

"The Aetas were never involved in the planning. The relocation has completely changed their way of life," Zenaida Brigada Pawid, the former commissioner of the National Commission of Indigenous Peoples (NCIP), told DW.

"We are not against development, but the government needs to prepare people for the effects of development. You can't just compensate the Aetas by giving them a store to sell their products or making them wear their indigenous attire just for the show," Pawid added.