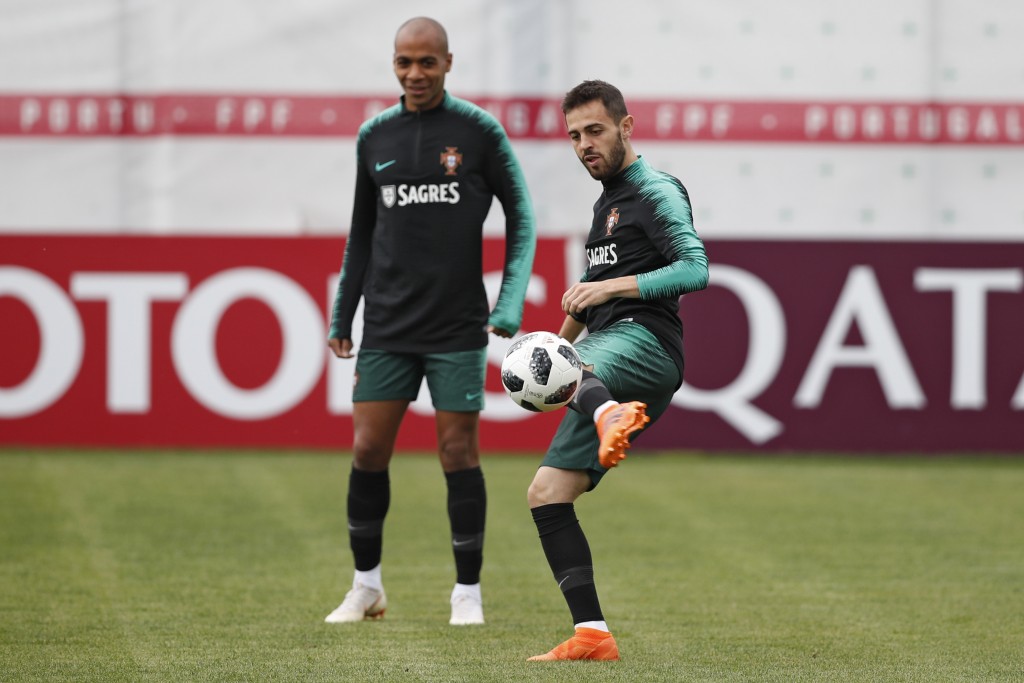 For João Mário, the complexities of racism in soccer were highlighted in the “strange” case of Portugal teammate Bernardo Silva being punished.

While demanding stronger sanctions for clear racist abuse in countries like Italy, João Mário still felt perplexed why Silva was banned for a game in England for a joke on Twitter that many viewed as offensive and racially insensitive.

João Mário gave the Manchester City playmaker his backing in an interview with The Associated Press.

“It’s quite strange because I know Bernardo,” said João Mário, who is on loan at Lokomotiv Moscow from Inter Milan. “So, it doesn’t make sense.”

Silva posted a photo of Man City teammate Benjamin Mendy as a child alongside the character found on a packet of Conguitos, which are chocolate-covered nuts made in Spain.

Both Mendy and the character are black, leading to the FA suspension because the social media post conveyed racist overtones to a wide audience.

João Mário, who is black and played in England for West Ham, knew the cultural context should be taken into consideration by the public — something he assured Silva about last month.

“We tried to talk to him because this is the kind of thing can affect you,” João Mário said. “If you are accused of something that grave, it’s not nice. So, we tried to speak to him, just for him to be calm and to realize that it’s not racism. It’s about a joke with a friend.”

João Mário cannot understand why that warranted a one-match suspension and fine of 50,000 pounds ($64,000), even after the FA accepted Silva did not intend to be racist.

“It was really, really strange that you put Bernardo and racism in the same bag. It doesn’t match,” João Mário said. “He knows what his intent was. So for him it was easy to realize that it didn’t make such a big problem. But also it’s important that for people that can do something — the FA — they realize too what is racism and what is a joke.”

At the same time, João Mário was quick to condemn the lack of punishmenst in an Italian game blighted by racism.

Serie A CEO Luigi De Siervo said Tuesday that authorities will go “stadium by stadium” to root out racists but that vow to eradicate racism only came in a news conference hastily called after a leaked recording of him asking for microphones pointed at fans in stadiums to be turned off to avoid television viewers hearing racist chants.

Speaking to the AP on Sunday after being part of the Euro 2020 draw in Romania, João Mário called for Italy’s football leadership to sound like they are taking the problem of racism seriously.

“They need to change their mentality,” he said. "Once you realize that there is a problem there, they can really change. But at the moment they don’t realize it’s a big problem.”

The 26-year-old midfielder said Italian officials must back up their words with real action.