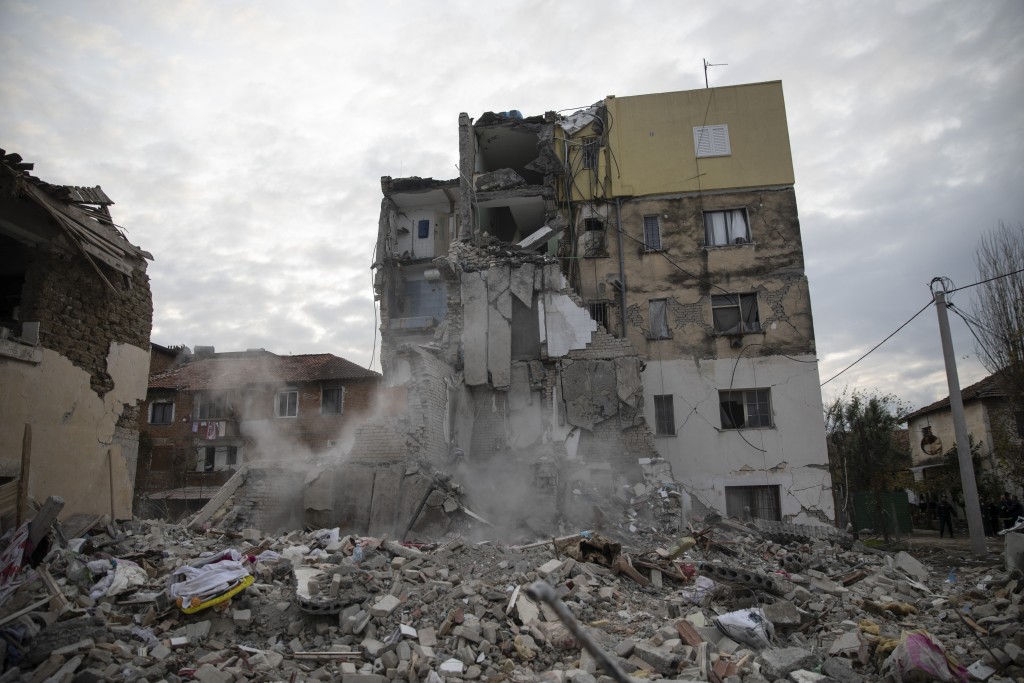 TIRANA, Albania (AP) — A remote-controlled explosion has demolished a six-story building considered a threat after it was damaged in a 6.4-magnitude earthquake in Albania.

Tuesday’s demolition was done by the army in the western port city of Durres following the quake a week ago that killed 51 people and injured more than 3,000.

It damaged more than 11,000 buildings and left 3,000 people homeless who are now sheltering in hotels, public buildings, tents and with relatives. Neighboring Kosovo has provided shelter to others.

The worst-hit areas were Durres, a popular beach vacation spot for Albanians 30 kilometers (20 miles) west of Tirana, and the nearby northern town of Thumane.

Five other buildings in both towns are expected to be demolished while scores of structural engineers from Albania and Europe check the quake-hit areas.