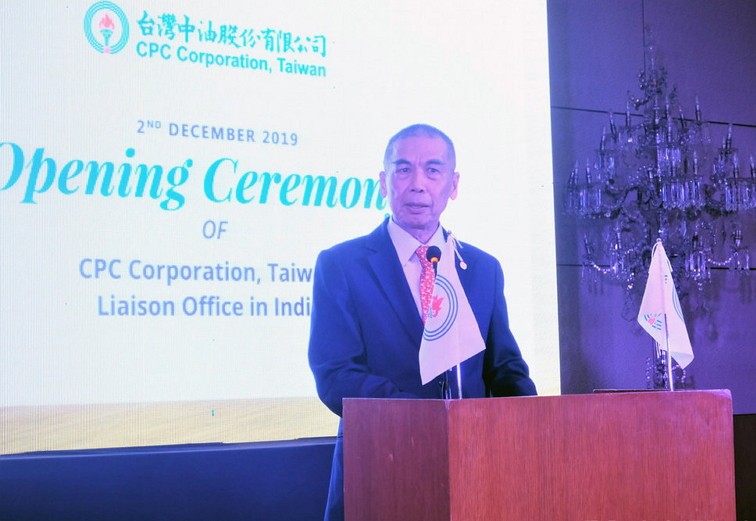 State-run oil supplier CPC Corp., Taiwan opened a representative office in New Delhi on Monday as part of its plans to set up a plant in India and forge ties in the petrochemical industry here.

At the opening ceremony, CPC President Lee Shun-chin (李順欽) said the New Delhi office was symbolic of the company's efforts to establish a presence in India in support of Prime Minister Narendra Modi's "Make in India" policy.

With the establishment of CPC's representative office in New Delhi, the company will be able to forge cooperation with businesses in India's petrochemical industry, Lee said.

CPC is currently in negotiations with the government-owned Indian Oil Corp. to jointly set up a US$800 million plant in India to produce propylene derivatives, he said.

Propylene derivatives, which are usually used in the production of a wide range of items such as acrylic resin and raw materials for computer monitors, are in short supply in India, according to Lee.

With India's huge population and fast-growing economy, demand for propylene derivatives is expected to rise sharply, he said.

Also on Monday, during a visit to India's Ministry of Commerce and Industry, Lee and a delegation from CPC's investment division said the company was willing to bring Taiwan's petrochemical product development technology to the South Asian country to boost bilateral economic exchanges.

Lee said he envisioned an expansion of CPC's business in India and diversification of its product portfolio under Taiwan's New Southbound Policy and Modi's Make In India initiative.

Commenting on the CPC investment, Tien Chung-kwang (田中光), Taiwan's de facto ambassador to India, said it turned a new page in relations between Taiwan and India.