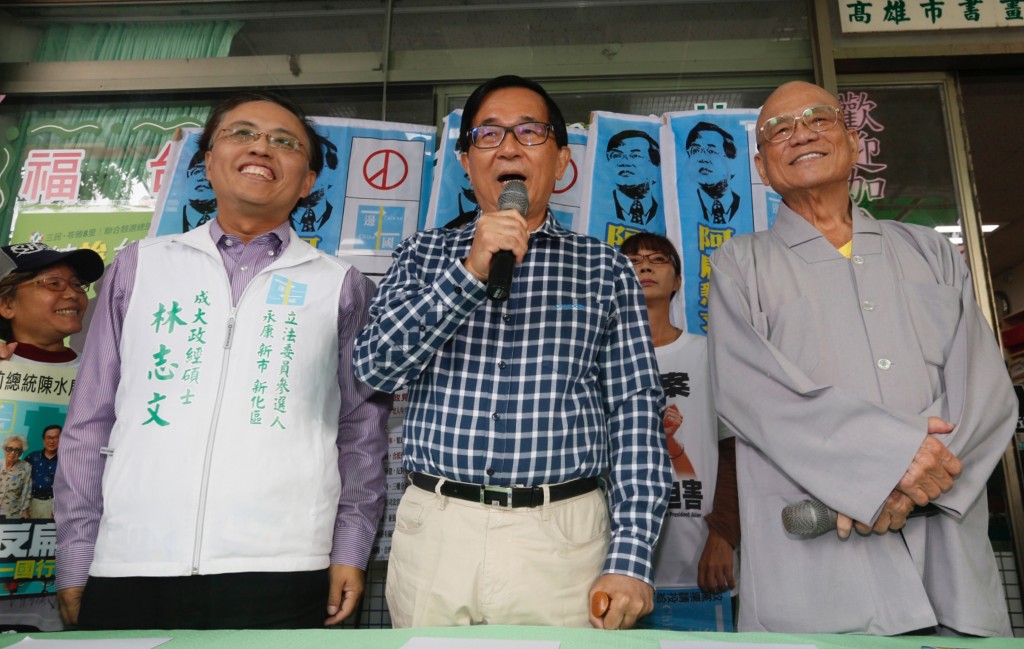 Speaking with local media in Kaohsiung, Chen said as a member of the ruling Democratic Progressive Party (DPP), he endorses Tsai’s reelection bid. Tsai is more capable of governing and defending national sovereignty than Han is, he added.

Nevertheless, Chen urged DPP supporters to cast their party ballots in favor of the Taiwan Action Party Alliance (TAPA), which he helped found in August. Chen was hoping the newly formed pro-independence party would obtain five percent of the legislative vote — a threshold required for a party to nominate a presidential candidate without having to gather signatures on a petition.

The former president, who has been on medical parole since 2015, was on Tuesday attending an event backing TAPA legislator-at-large nominee Cheng Hsin-chu (鄭新助).

Chen commented on the issue of amnesty, a right exclusive to the Taiwanese head of state. “We do not hold any hope. [I’ve been] waiting for four years,” said Chen, adding that he would respect the president’s decision without complaint.

Chen, 69, was convicted of three bribery charges and sentenced 20 years in prison. He was released on medical parole after having served six years of the sentence.

Chen’s parole extension, his 20th, is due Feb. 4, 2020. Chen mentioned that he had reported his schedule for the day to Taichung Prison, which monitors his whereabouts and activities.