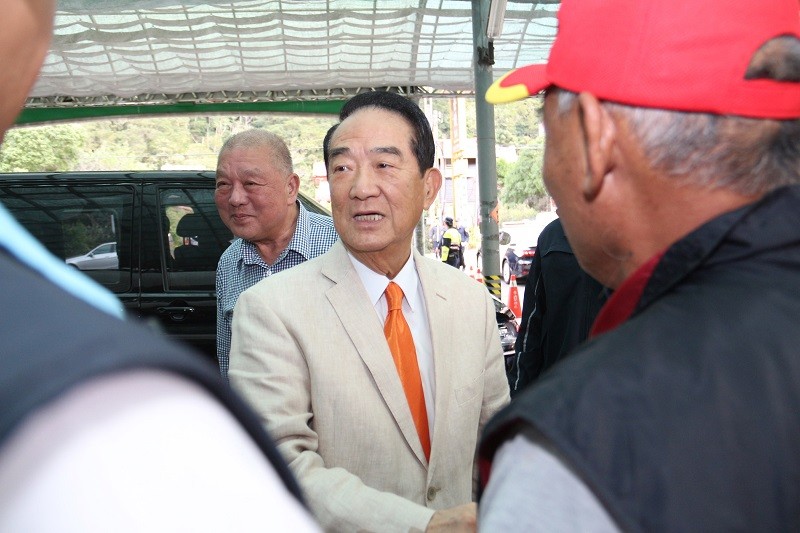 TAIPEI (Taiwan News) — In a radio interview on Tuesday (Dec. 3), People First Party (PFP) presidential nominee James Soong (宋楚瑜) blasted the Kuomintang (KMT) party for selecting the wrong person to run for president, comparing the nomination of Han Kuo-yu (韓國瑜) to “sending someone who doesn’t know how to drive onto a freeway,” CNA reported.

Soong told the interviewer that the KMT has nominated the wrong person for the upcoming presidential election, adding that he would not have had to jump into the race if the KMT had nominated someone more competent like former Foxconn Chairman Terry Gou (郭台銘), former Legislative Speaker Wang Jin-pyng (王金平), or former New Taipei City Mayor Eric Chu (朱立倫), according to CNA.

The PFP candidate was highly critical of the KMT and its nominee, blasting the party for infighting, power-grabbing, and pushing out capable people like Gou, the news agency reported. Soong added that the KMT is a party without ideas, morality, and most of all, esprit de corps.

When asked if the KMT still had the chance to improve its situation, Soong said if the party brings back capable people, it will still have a chance to survive “before it is sent to the hospice." He went on to say that the KMT needs to rethink its strategy and find a person who bears semblance to Dr. Sun Yat-sen (孫逸仙) or former president Chiang Ching-kuo (蔣經國).

When asked what advice he would give Han and what the KMT nominee would have to do to prevent President Tsai Ing-wen (蔡英文) from winning a second term, Soong asserted that Han does not have what it takes, adding that his nomination is as dangerous as letting a person without any driving experience drive on a freeway.