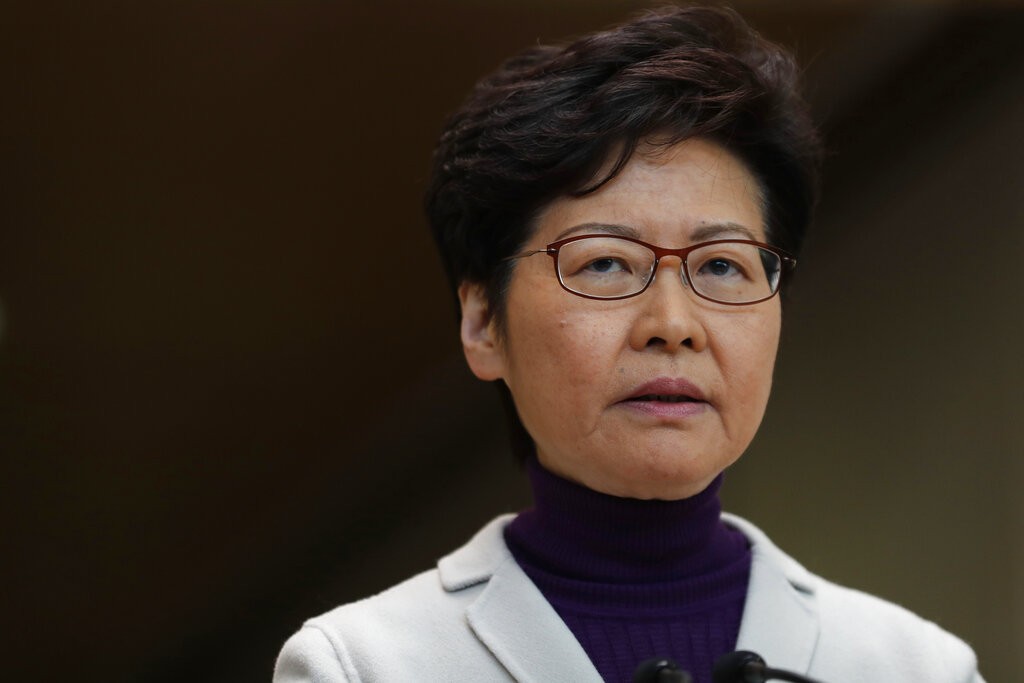 HONG KONG (AP) — Hong Kong leader Carrie Lam said Tuesday that clashes between protesters and police last weekend have dampened her hopes that a recent lull in the violence would allow the territory’s economy to recover.

The government will soon launch a fourth round of measures to support business, protect jobs and offer economic relief, she told reporters after a weekly meeting with advisers.

Six months of unrest have tipped an already weak economy into recession. The pro-democracy protests have become more violent over time, as the government has refused to give ground on most of the movement’s demands.

The last two weeks have been relatively quiet, as activists focused on winning district council elections that became a referendum on public support for the protests.

Police used tear gas and pepper spray balls in skirmishes last weekend, as protesters blocked streets and vandalized some shops seen as sympathetic to Beijing. Hong Kong is a semi-autonomous territory of China.

The clashes were much smaller than earlier ones, but Lam said they threw cold water on her hopes that the relative peace would hold.

The Hong Kong Human Rights and Democracy Act requires an annual review of a favorable trading status that the U.S. grants to the city. President Donald Trump signed into law last week.

“We have freedom of the press, freedom of assembly, religious freedom – we enjoy a high degree of freedom in many areas,” Lam said. “There’s an overseas government that interfered with Hong Kong affairs, and that is most regrettable.”