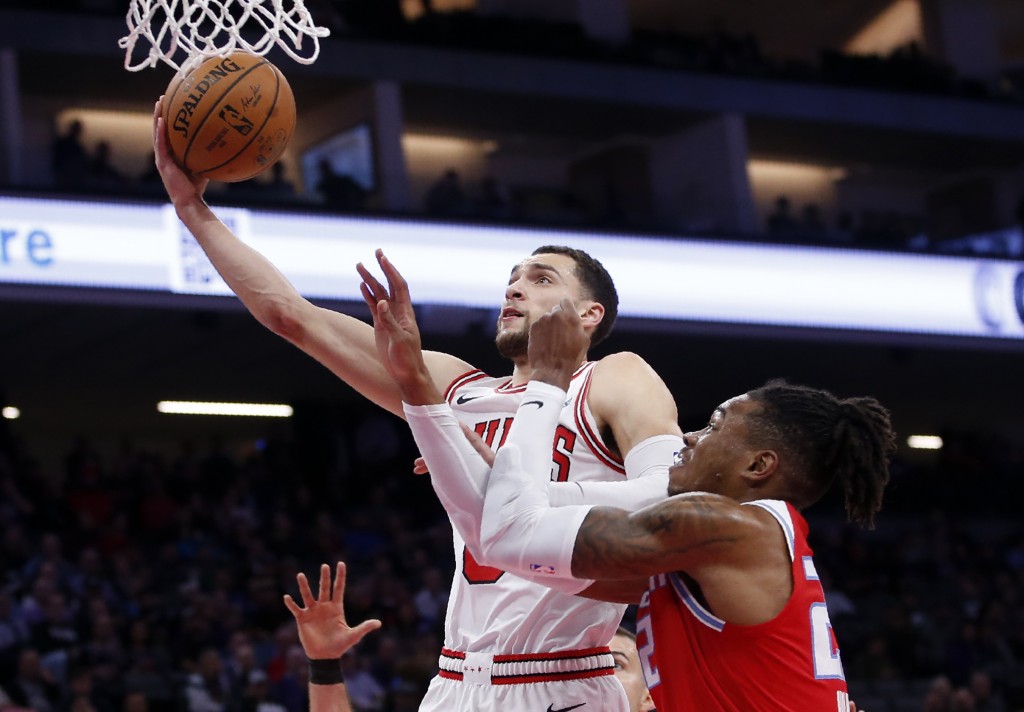 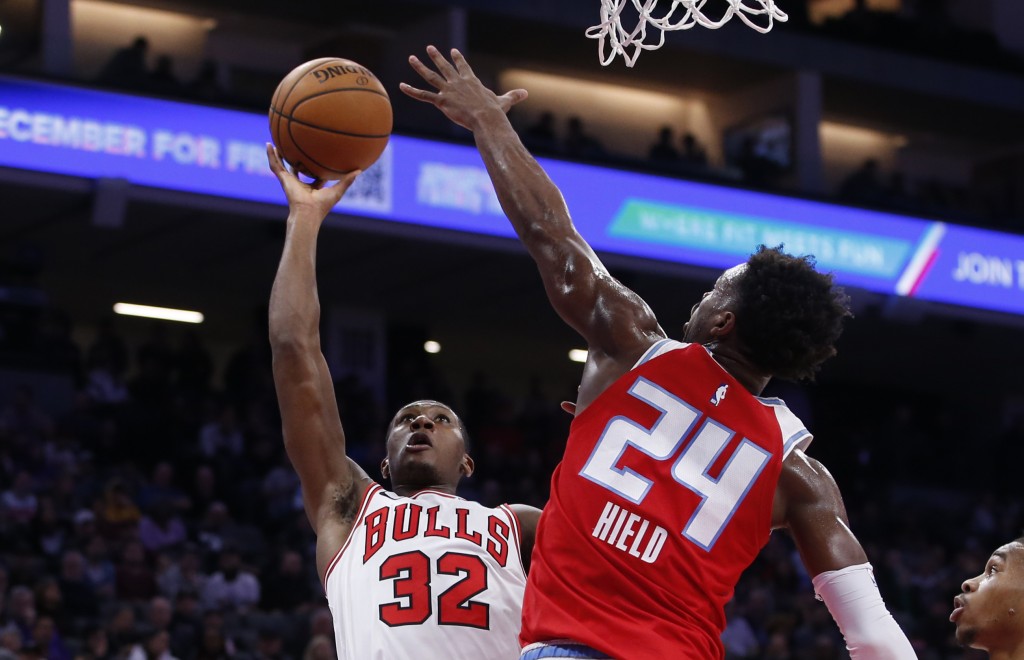 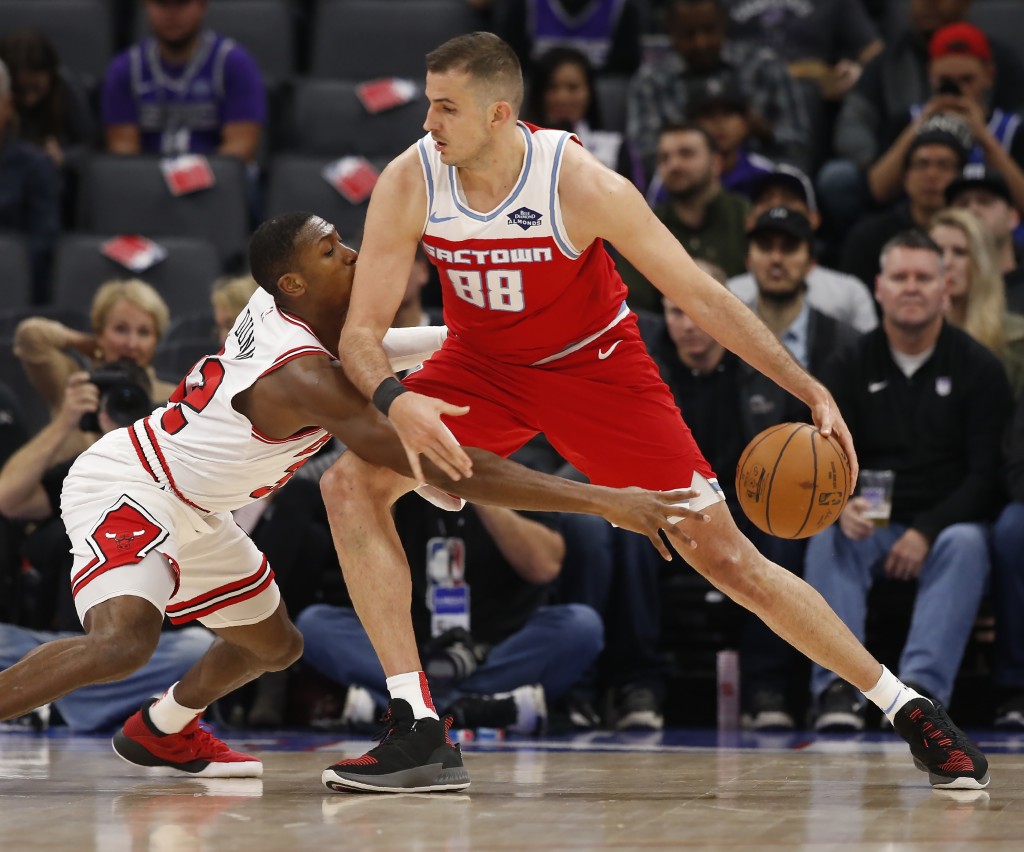 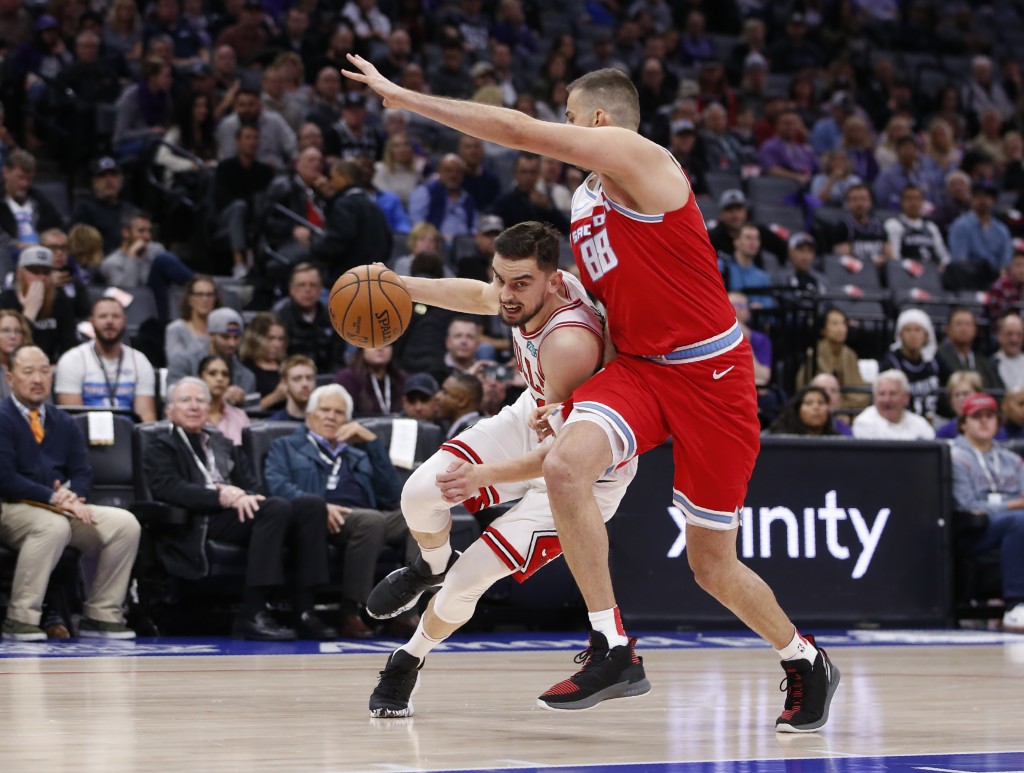 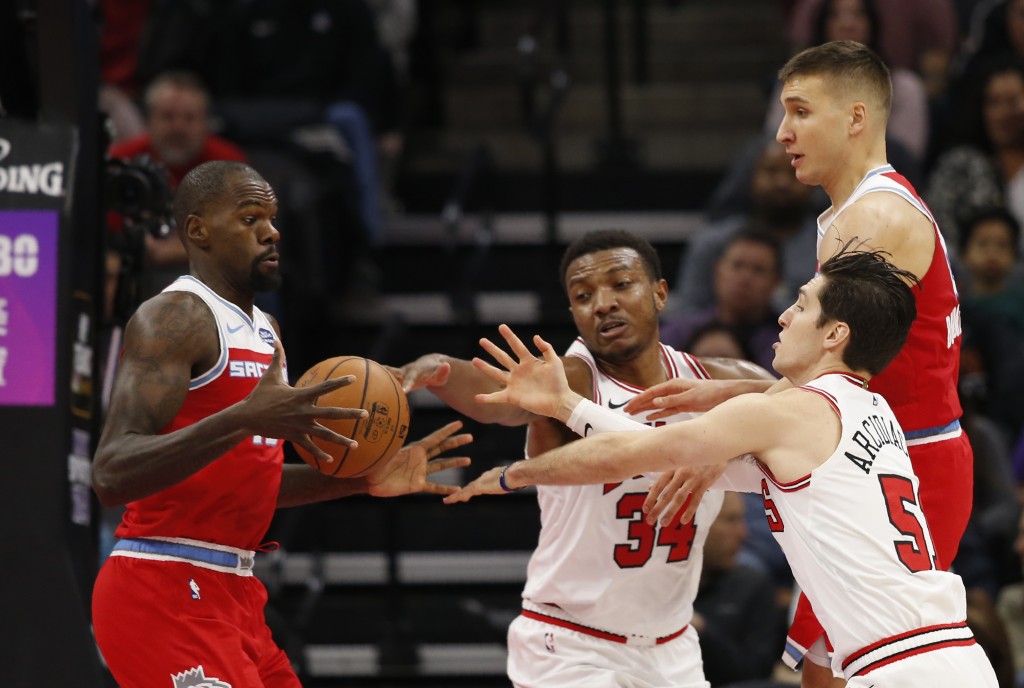 SACRAMENTO, Calif. (AP) — Zach LaVine scored 28 points and made four free throws in the final 11 seconds, and the Chicago Bulls overcame a sloppy fourth quarter to hold off the Sacramento Kings 113-106 on Monday night.

The Bulls (7-14) led by 19 early in the second half but had trouble hanging on. Chicago committed eight of its 18 turnovers in the fourth quarter and made only one basket over the final 4½ minutes.

Buddy Hield hit a step-back jumper that pulled the Kings to 102-100 with 2:18 remaining. After Markkanen made two free throws, he and Hield exchanged 3-pointers to make it 107-103.

Sacramento got the ball back but Hield missed three shots from beyond the arc in the last 36 seconds, and LaVine closed the game out at the free throw line.

The Bulls took control with a 21-6 run to start the second quarter. After Carter, Kris Dunn and Markkanen scored on consecutive dunks, Markkanen added a 3-pointer — Chicago’s fifth of the period — and Lavine made a reverse layup to extend the lead to 54-39.

Sacramento trailed by 19 early in the third quarter, then went on a late run to pull to 84-74 after a pair of free throws from Harrison Barnes.

Bulls: Chicago had nine steals, giving the Bulls 204 in 21 games this season. In doing so, they became the fastest team in the Eastern Conference to reach 200 since Boston did it in 18 games in 2015-16. … Eight players scored in the first quarter.

Kings: Begin a four-game road trip at Portland on Wednesday. The teams split two games in Sacramento earlier this season.