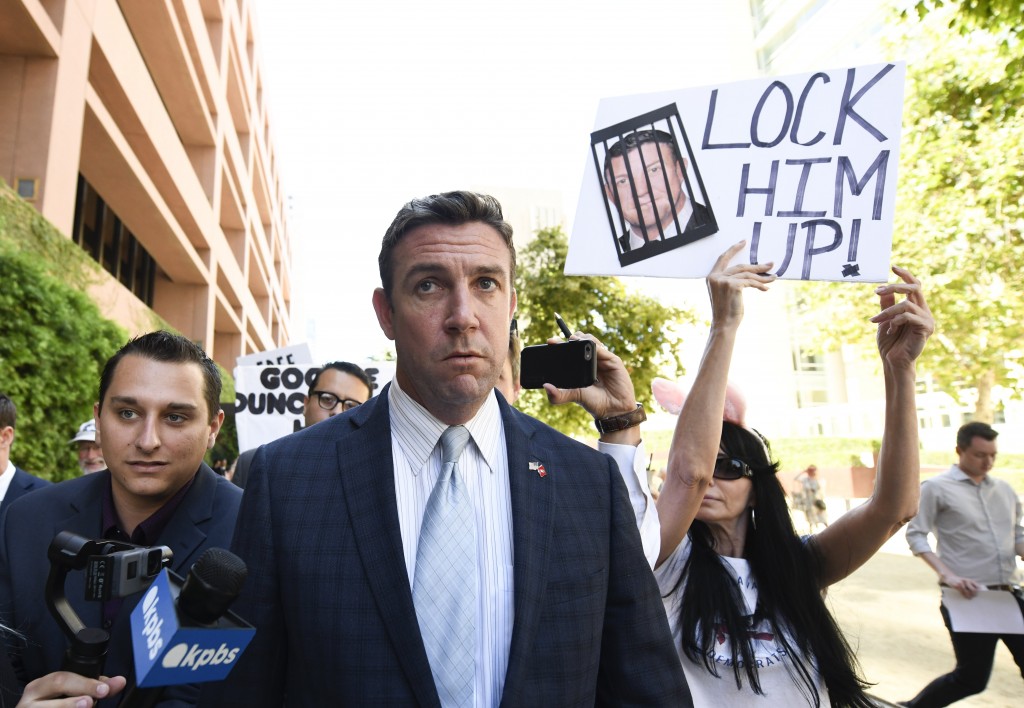 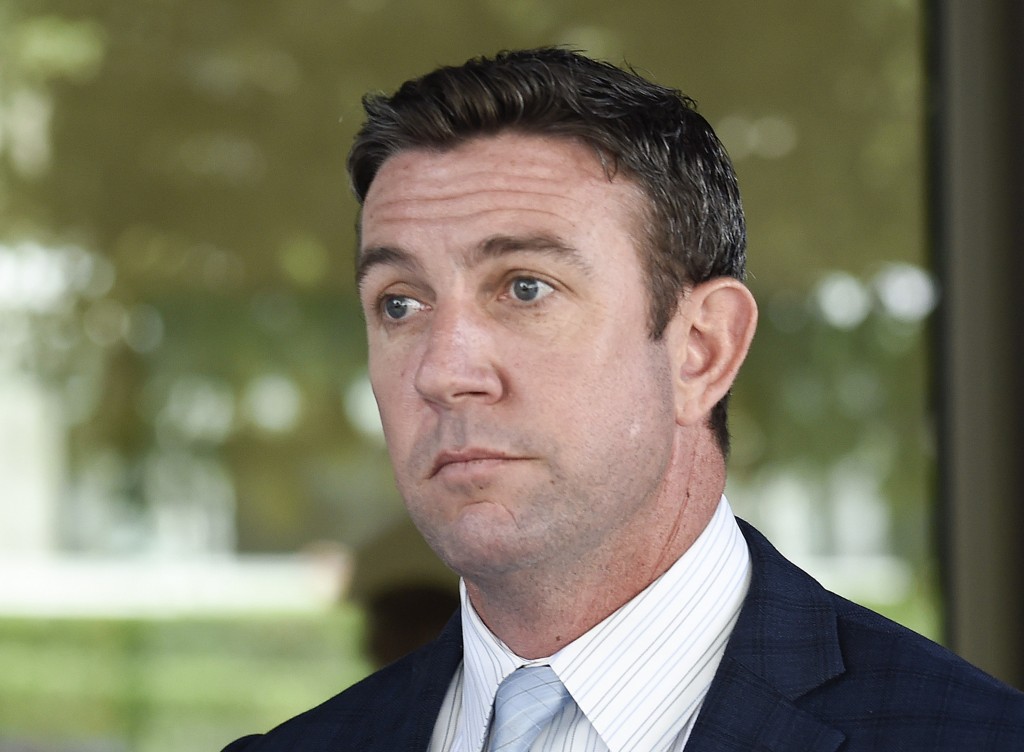 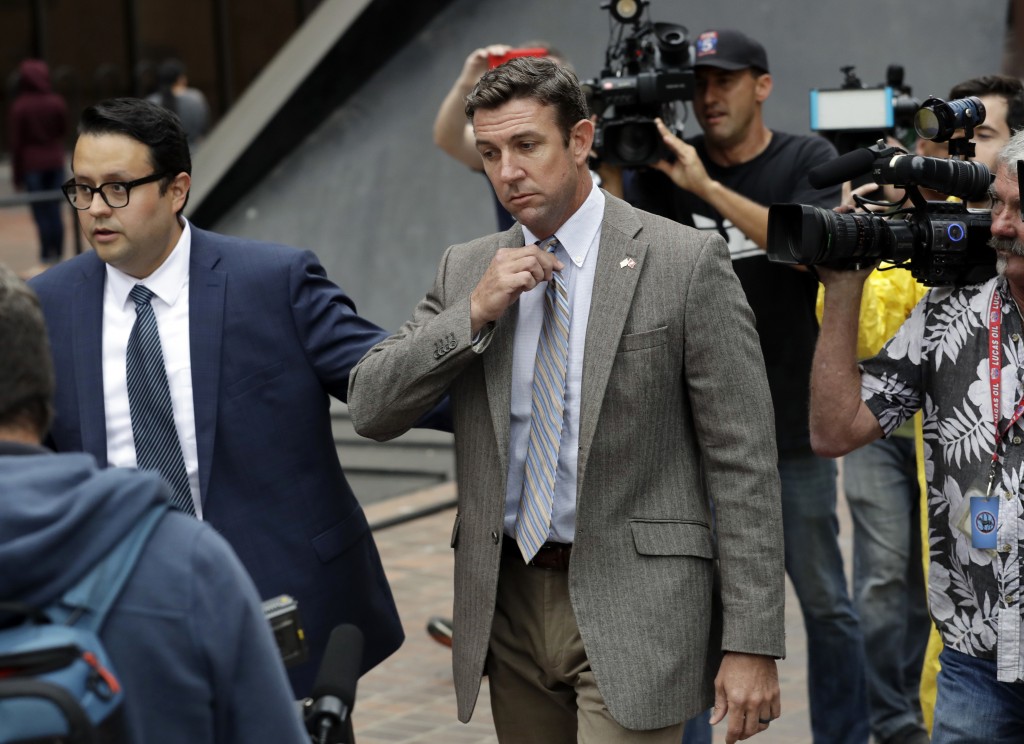 SAN DIEGO (AP) — For more than a year, California Rep. Duncan Hunter insisted that criminal charges against him and his wife were the result of a conspiracy of the “deep state” meant to drive the six-term Republican from office in the Democrat-dominated state.

But in a stunning turn of events, Hunter now says he plans to plead guilty to the misuse of campaign funds at a federal court hearing Tuesday in San Diego. Hunter, an early supporter of President Donald Trump, said in a TV interview that aired Monday that he is prepared to go to jail. He has not said exactly when he will resign.

The change in plea marks the second time this year a Republican congressman who was re-elected while indicted has later pleaded guilty to federal charges.

Hunter, 42, said a trial would be tough on his three children.

“I think it’s time for them to live life outside the spotlight,” he told San Diego TV station KUSI.

His wife Margaret Hunter also was charged in the case and in June accepted a plea deal that called for her to testify against her husband. The couple could have faced decades in prison before the plea deals. His wife faces up to five years in prison.

Federal prosecutors said the couple spent more than $250,000 in campaign money for golf outings, family vacations to Italy and Hawaii, tequila shots and airline tickets for their pet rabbit.

Prosecutors also revealed Hunter spent some of the money on romantic relationships with lobbyists and congressional aides.

Hunter’s departure will mark the end of a political dynasty in Southern California’s most Republican district. He was elected in 2008 after his father represented the district for 28 years.

Until now, Hunter had resisted calls to resign, framing the charges as a political attack by prosecutors sympathetic to Democrat Hillary Clinton.

After his wife agreed to a plea deal, Hunter said “it’s obvious that the Department of Justice went after her to get to me for political reasons.”

Former federal attorney Jason Forge, who prosecuted California Rep. Randy “Duke” Cunningham in 2005 for one of the worst bribery scandals to ever bring down a federal lawmaker, said Hunter’s outlandish denials ran out of gas.

He also was probably running out of money, Forge said. The couple had overdrawn their bank accounts more than 1,000 times, according to prosecutors.

“In terms of evidence against him, I view this as being an inevitable outcome that was apparent from the day the indictment came out with that level of detail,” he said. “But looking at it from a political perspective, it would seem to be a shocking result. He couldn't have been more aggressive in his denials.”

Hunter’s plea sets up the prospects for a second special House election in California next year. Freshman Rep. Katie Hill, a rising Democratic star, resigned her Los Angeles-area seat in October after explicit photos of her were posted online.

In October, former four-term Republican Rep. Chris Collins of New York pleaded guilty in an insider trading case, a day after he resigned from Congress. He faces a maximum sentence of about four years in prison.