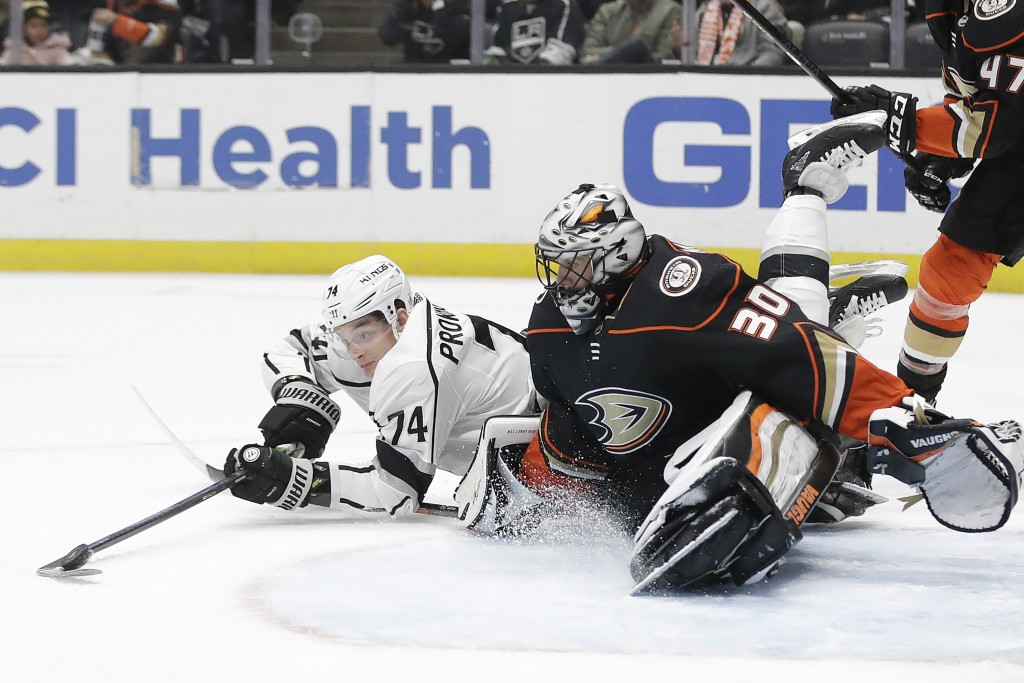 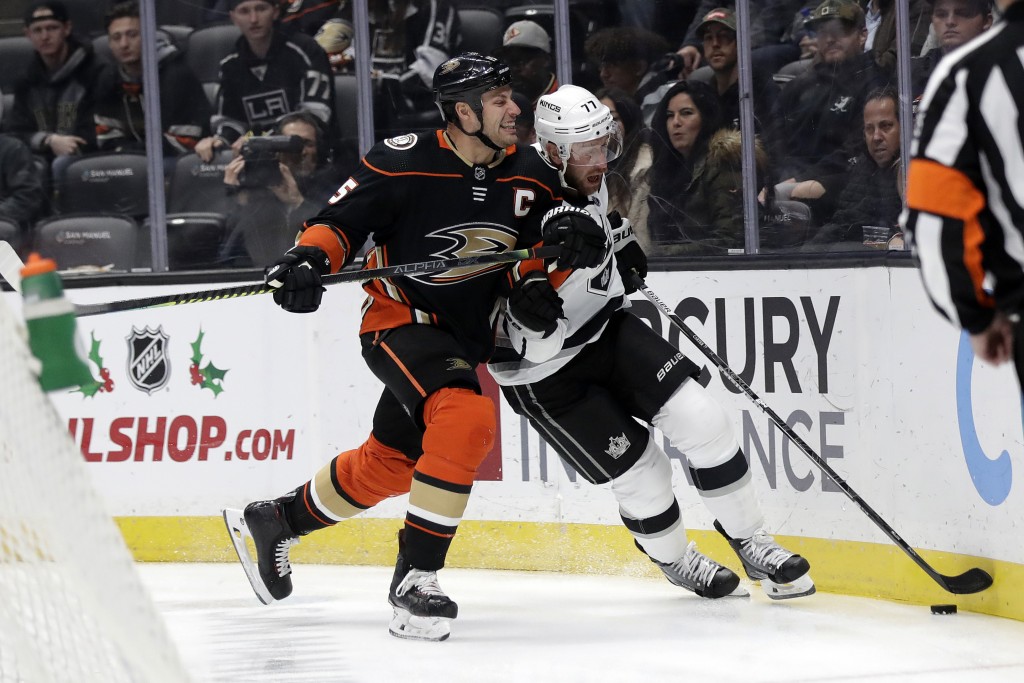 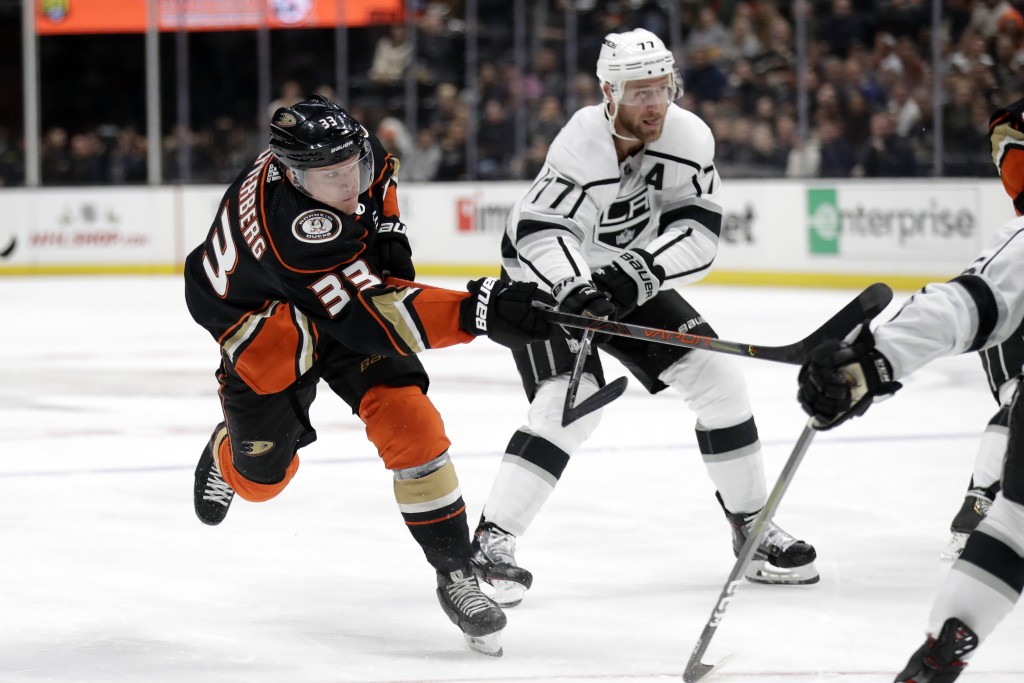 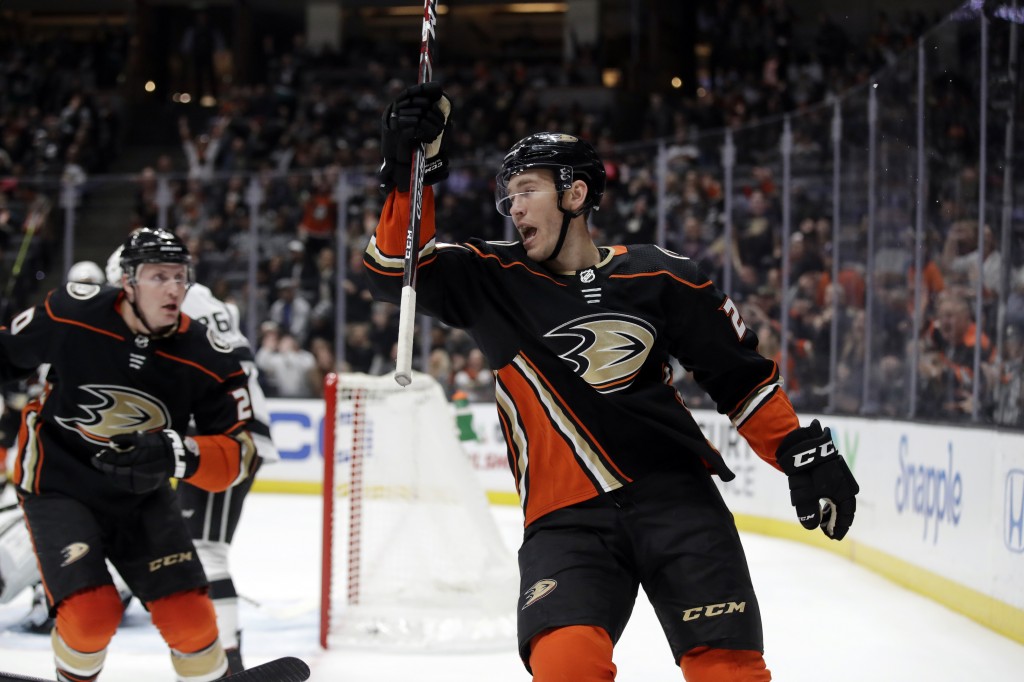 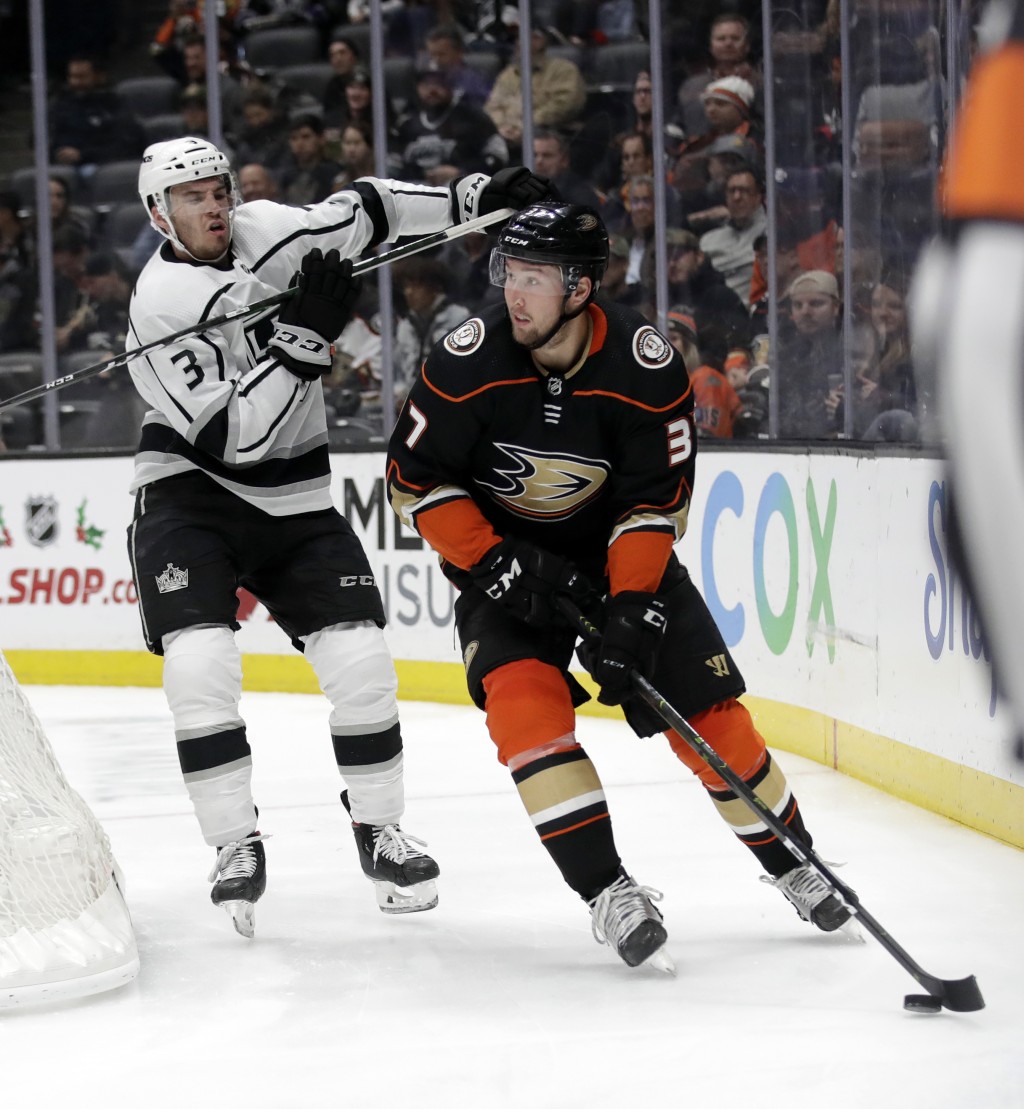 Jakob Silfverberg scored his team-leading 10th goal, Hampus Lindholm had three assists, and Carter Rowney had a goal and an assist as the Ducks won for just the third time in 13 games.

Anaheim hung on through a tense third period with a few big saves from Miller, who filled in for the ailing John Gibson, before Grant scored an empty-net goal from center ice with 38 seconds left.

Kurtis MacDermid and rookie Nikolai Prokhorkin scored for the last-place Kings, who have lost four of six after a previous run of solid play. Jack Campbell stopped 16 shots, but his teammates couldn’t catch up in a lively derby.

The 145th regular season meeting of Southern California’s NHL teams arrived at a low point for both franchises. The Kings are mired in last place in the Pacific Division for the second straight season despite a recent run of solid play, while the Ducks began the night just two points above them in seventh.

But both teams have been significantly better at home, and the Ducks capitalized on home ice to take a 2-0 lead in the first period.

After the Ducks went ahead in the opening minutes on a rebound goal by Grant, Silfverberg scored a power-play goal midway through the first on passes from fellow Swedes Lindholm and Rickard Rakell.

Rowney scored his fifth goal of the season to put the Ducks up 3-1 just 56 seconds after MacDermid’s shot went through two screens for the Kings’ opening goal. Prokhorkin then scored an exception goal for Los Angeles, splitting two defensemen and driving the net for his fourth career goal in 11 games.

NOTES: Gibson didn’t dress for the game due to an illness. Anthony Stolarz came up from their AHL affiliate in San Diego to back up Miller. ... Anaheim scratched F Max Jones for the first time since Nov. 3. ... Rowney had a goal and an assist in the same game for just the second time in his 161 career games. ... Silfverberg has scored at least 10 goals in all eight of his NHL seasons with Ottawa and Anaheim. ... MacDermid returned to the Kings’ lineup after being a scratch in their last game. D Paul LaDue was scratched instead. ... Ducks D Michael Del Zotto returned from a four-game absence in place of Jacob Larsson, who was sent down to San Diego two days ago.