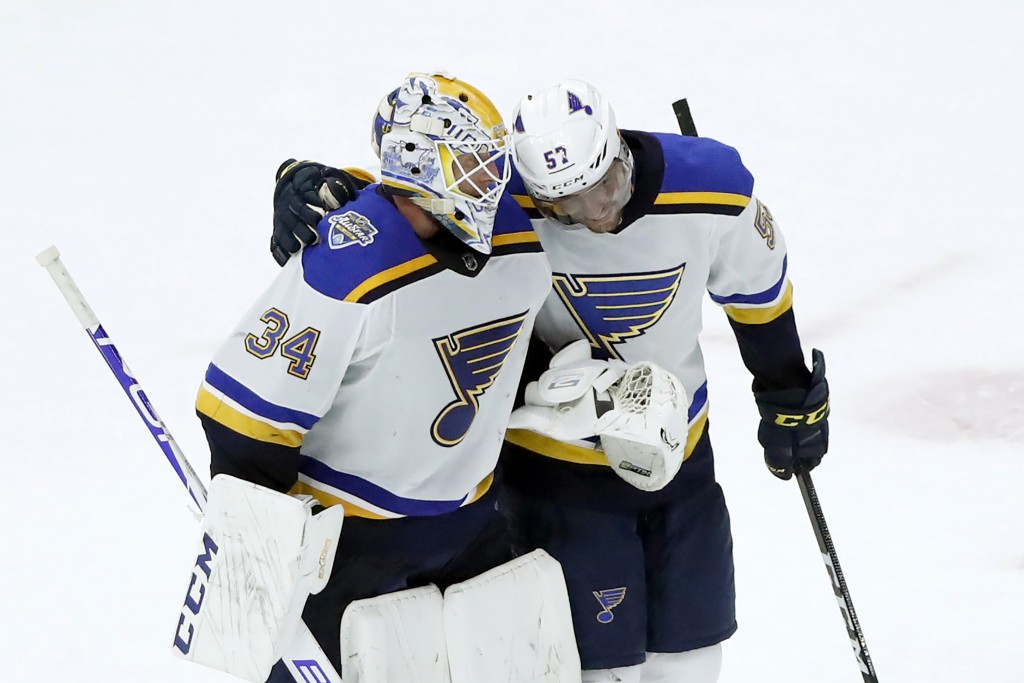 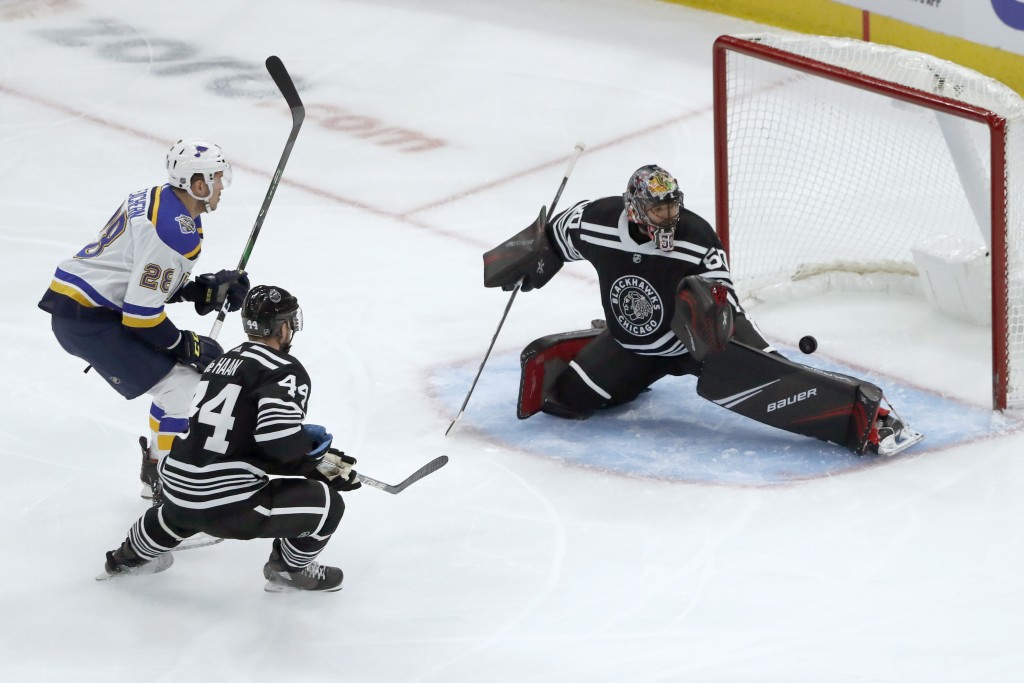 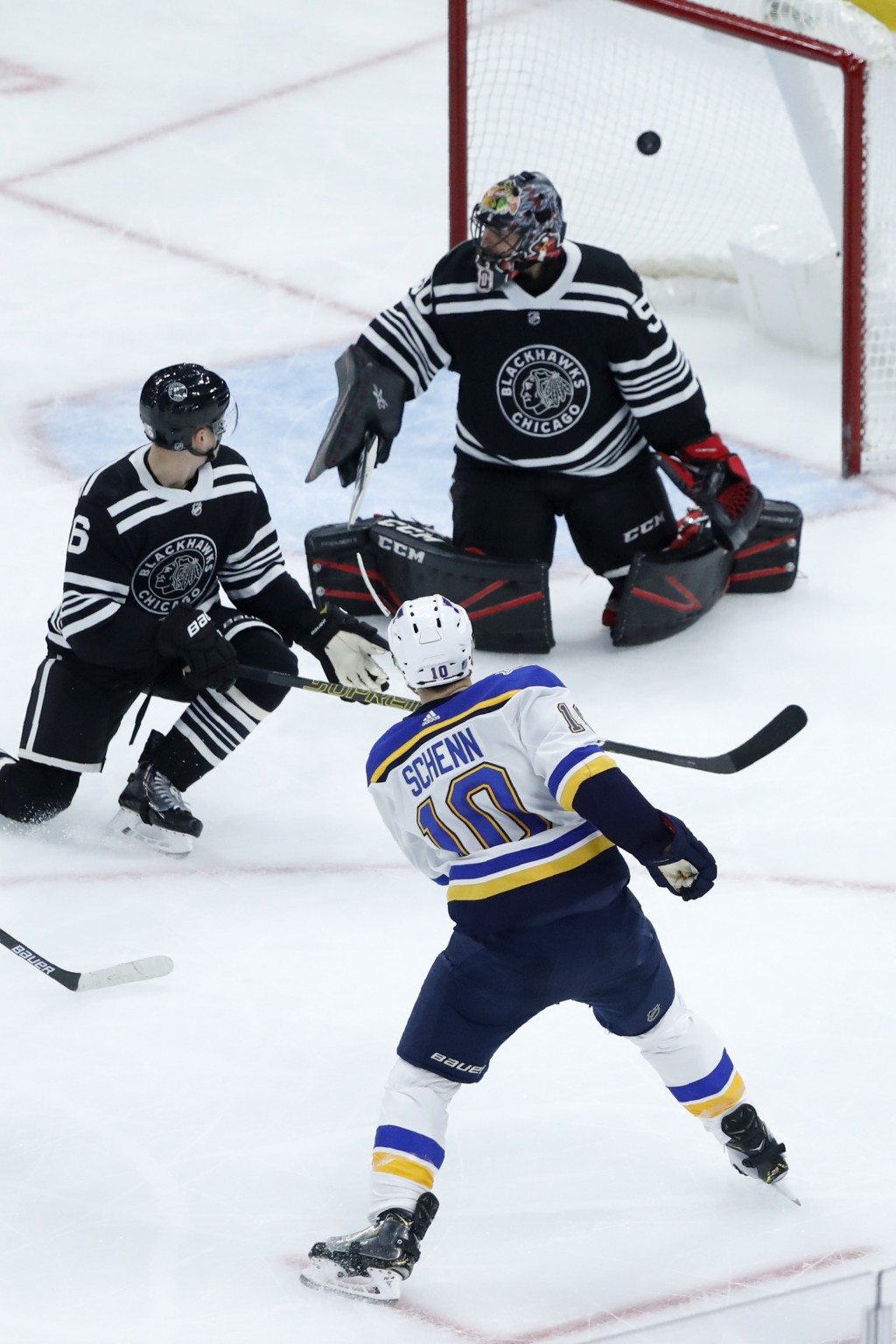 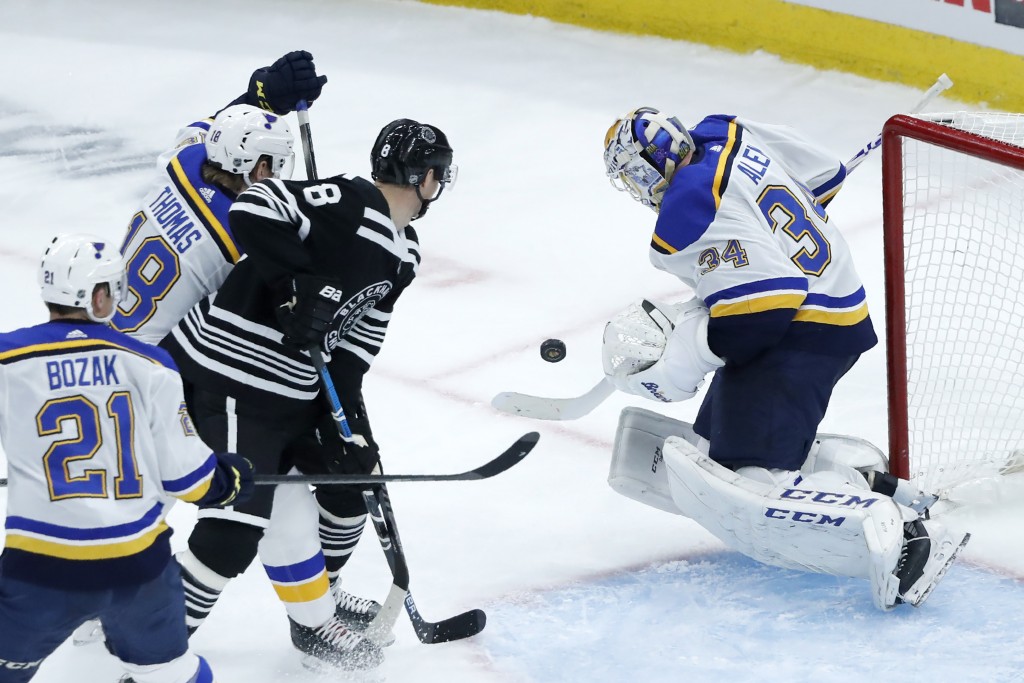 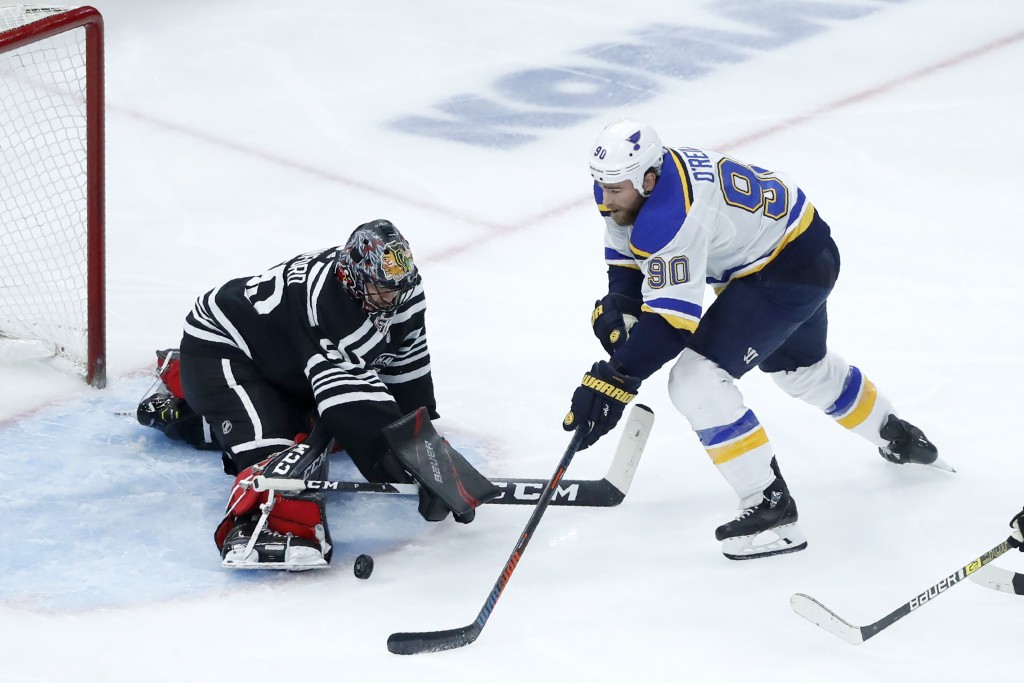 Jaden Schwartz, Tyler Bozak and Mackenzie MacEachern also scored for St. Louis, which improved to 13-3-3 since star forward Vladimir Tarasenko was sidelined by a left shoulder injury that required surgery.

It was Allen’s first shutout of the season and No. 20 for his career, matching Jaroslav Halak for second on the franchise list. Brian Elliott leads the way with 25.

Chicago lost for the sixth time in seven games since a four-game win streak.

The last-place Blackhawks played a man short because of injuries and the salary cap, going with 11 forwards and six defensemen.

Anders Lee and Anthony Beauvillier also scored for the Islanders, who were outshot 31-25 but never trailed.

Dylan Larkin had the only goal for the Red Wings.

NEW YORK (AP) — Alex Tuch scored twice in the first four minutes and Vegas went on to a win over New York.

Reilly Smith and Max Pacioretty also scored to help the Golden Knights get their first three-game winning streak of the season. Malcolm Subban stopped 29 shots as Vegas improved to 5-2-1 after a season-high five-game skid (0-4-1).

Brendan Lemieux scored and Henrik Lundqvist finished with 28 saves for the Rangers, who were 4-0-1 in their previous five games.

The Rangers went 0 for 6 on the power play against a Vegas team that came in tied for fifth in penalty-killing.

Subban got the start while Marc-Andre Fleury is away from the team following his father’s death.

Eichel scored 2:46 into the game, and Conor Sheary scored twice during the first 20 minutes. Jeff Skinner and Rasmus Asplund also had goals in the first, and Victor Olofsson and Henri Jokiharju scored in the second. Linus Ullmark made 44 saves for the Sabres.

Louis Domingue was pulled after allowing five goals on 15 shots. He was replaced by Mackenzie Blackwood, who made 15 saves.

The Sabres blew out New Jersey while celebrating the 50th anniversary of the birth of the franchise. Buffalo was awarded an expansion team on Dec. 2, 1969.