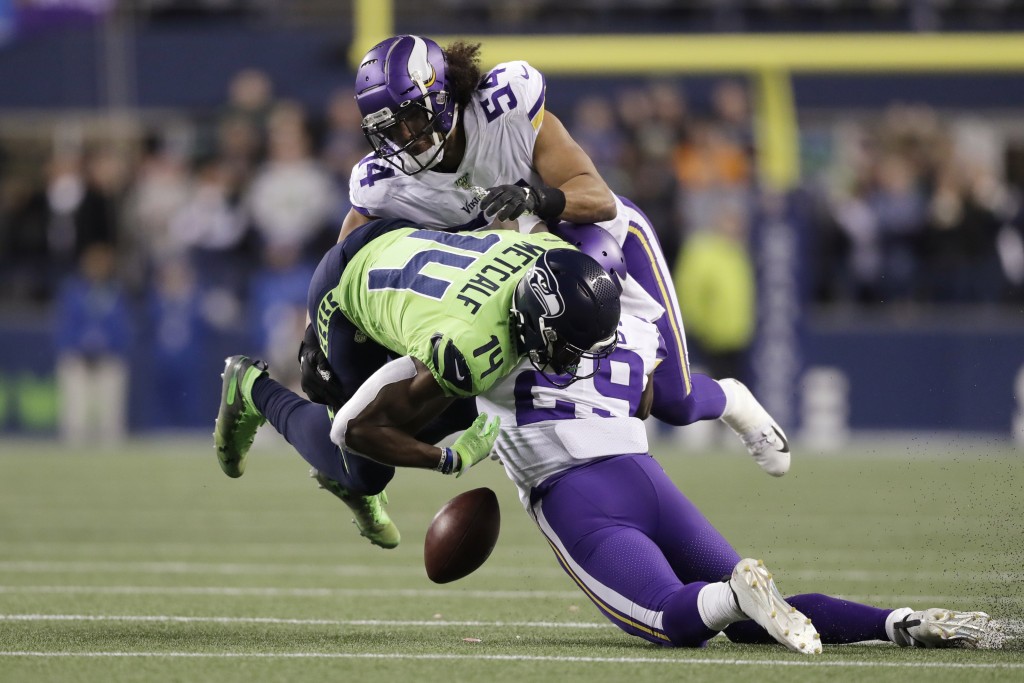 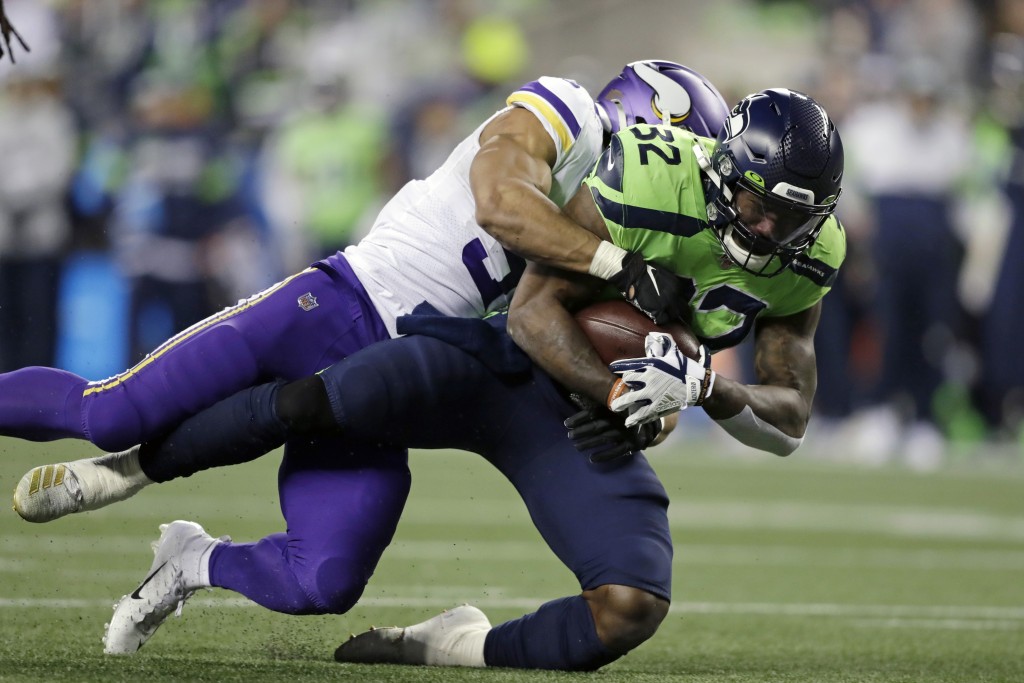 SEATTLE (AP) — Rashaad Penny scored one touchdown rushing and one receiving, Russell Wilson hit David Moore for a 60-yard TD pass, and the Seattle Seahawks built a big second-half lead before holding off the Minnesota Vikings for a 37-30 win Monday night.

Seattle (10-2) moved into a tie with San Francisco atop of the NFC West but holds the tiebreaker. The Seahawks have the inside track to the division title with four games left.

Minnesota (8-4) fell a game behind Green Bay in the NFC North and is only one game ahead of the Los Angeles Rams in the wild-card race. They may have lost star running back Dalvin Cook to a shoulder injury when he fumbled midway through the third quarter in what became a major turning point.

Wilson wasn’t great, but he came up with key plays as Seattle won its fifth straight. He had a forgettable first-half moment trying to bat down a deflected pass only to watch Anthony Harris intercept the ball and return it for a touchdown. Wilson was 21 of 31 for 240 yards.

The key was the running of Penny and Chris Carson. Seattle rushed for 218 yards, the most allowed by Minnesota this season. Carson had 102, including a 1-yard TD. Penny added 74. The Vikings were giving up just 94 yards per game rushing.