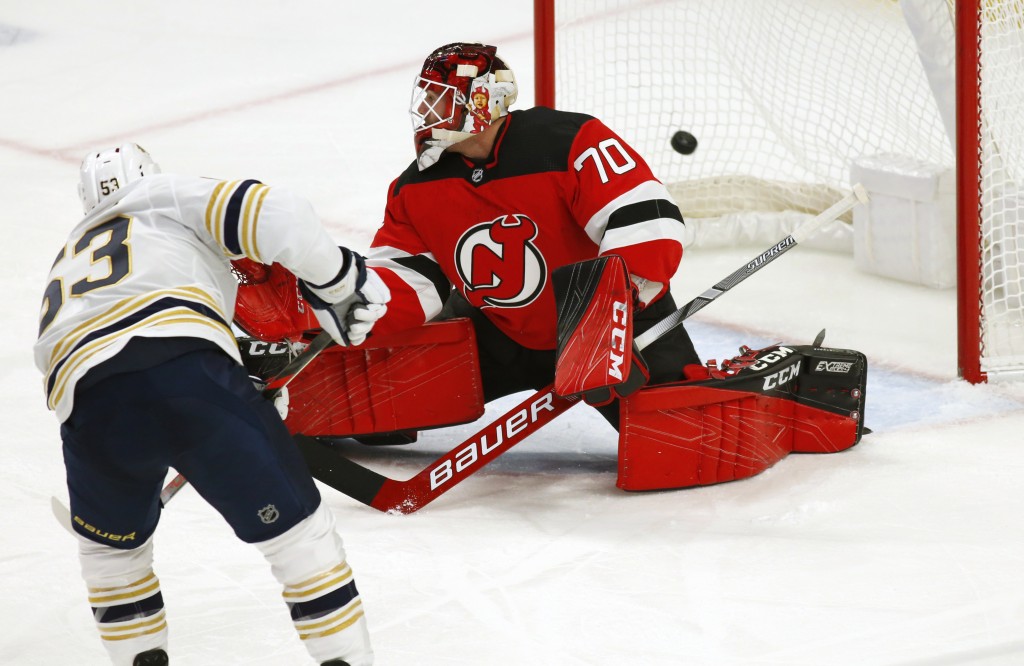 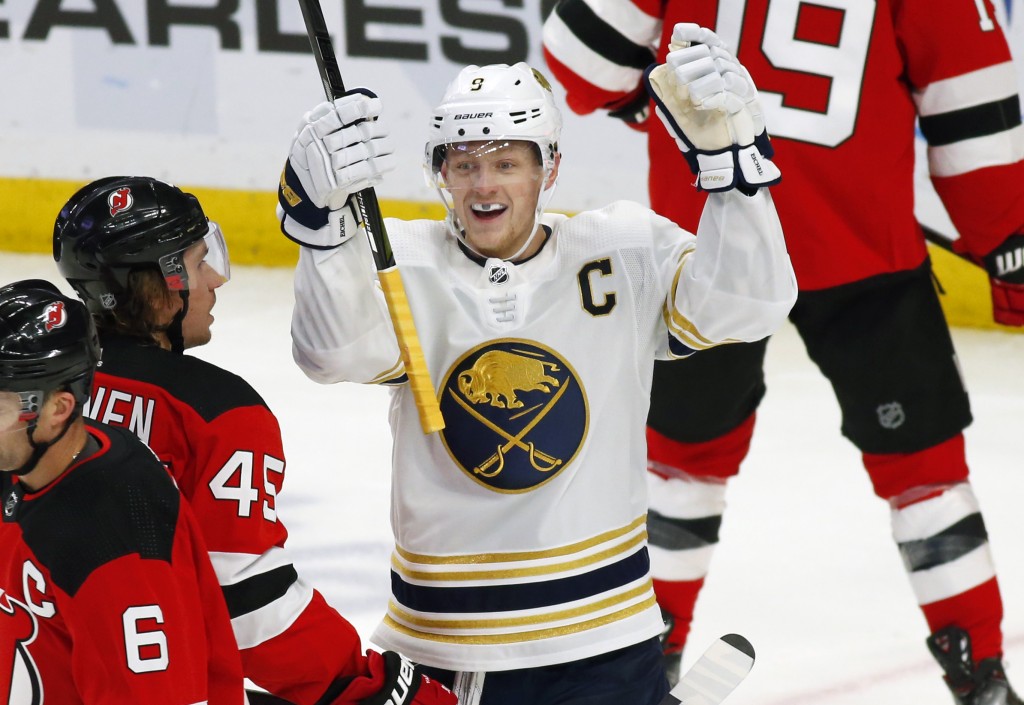 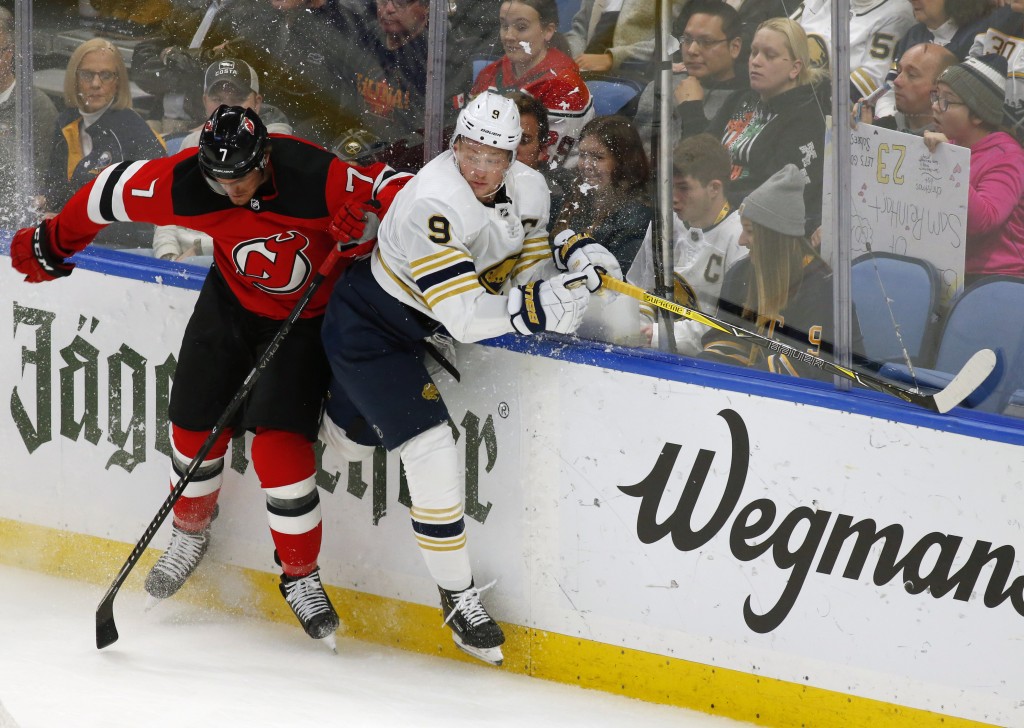 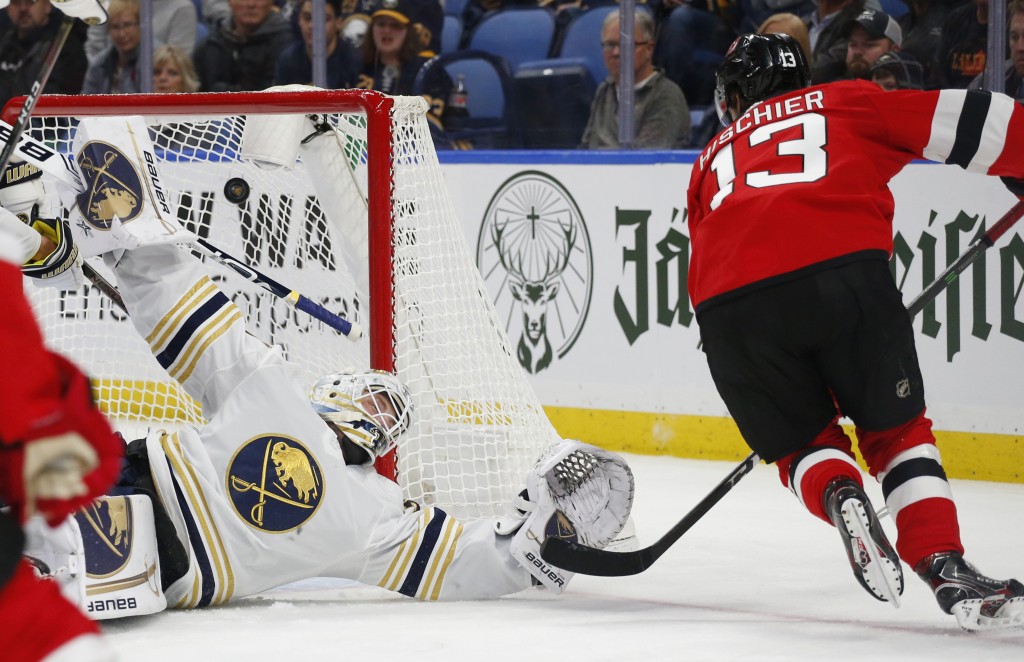 Eichel scored 2:46 into the game, and Conor Sheary scored twice during the first 20 minutes. Jeff Skinner and Rasmus Asplund also connected in the first, and Victor Olofsson and Henri Jokiharju scored in the second. Linus Ullmark made 44 saves for the Sabres.

Louis Domingue was pulled after allowing five goals on 15 shots. He was replaced by Mackenzie Blackwood, who made 15 saves.

The Sabres blew out New Jersey while celebrating the 50th anniversary of the birth of the franchise. Buffalo was awarded an expansion team on Dec. 2, 1969.

Eichel got Buffalo going with his 17th of the season, and Skinner made it 2-0 two minutes later off a turnover in the Devils end. Johan Larsson forced the turnover, and Skinner buried a wrist shot for his 11th goal.

Sheary ended a 19-game goal drought on a one-timer, then added his fifth of the season when Domingue got a pad on his shot but let the puck fall into the net.

Asplund completed Buffalo’s first-period flurry with 58 seconds left on his first NHL goal. One day before his 22nd birthday, Asplund scored on a long shot from the bottom of the left circle.

Nico Hischier got New Jersey on the board 8:10 into the second with a power-play goal, scoring from close range.

NOTES: No. 1 overall pick Jack Hughes remains out with a lower-body injury and did not travel to Buffalo. This was his second consecutive game missed. He’s considered day to day. ... Sabres RW Kyle Okposo returned to practice Monday for the first time since being concussed Nov. 26. Okposo said he expects to return to the lineup during the team’s upcoming trip. ... C John Hayden and D Mirco Mueller were scratched for New Jersey. ... LW Evan Rodrigues, C Curtis Lazar and C Jean-Sebastien Dea were scratched for Buffalo.