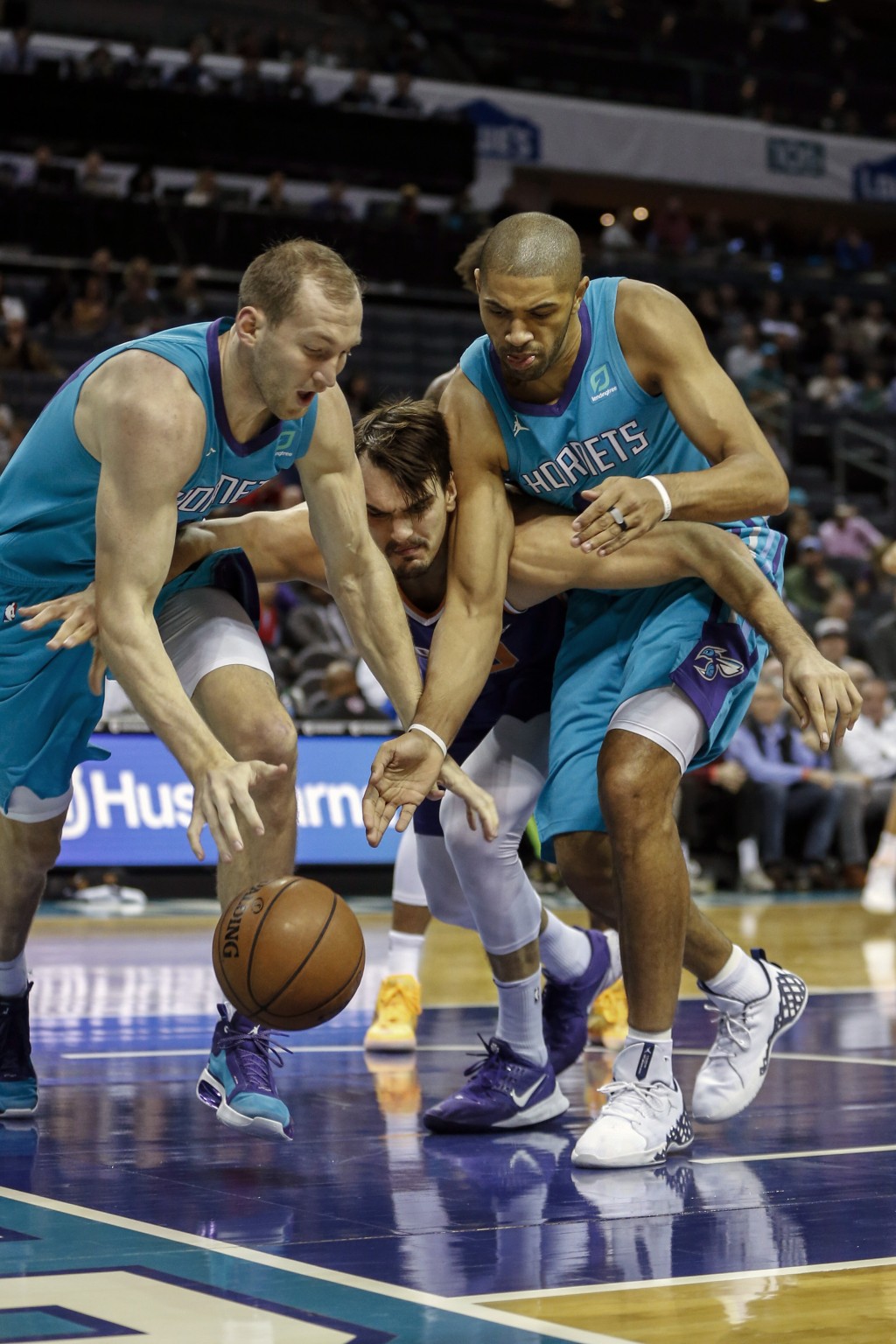 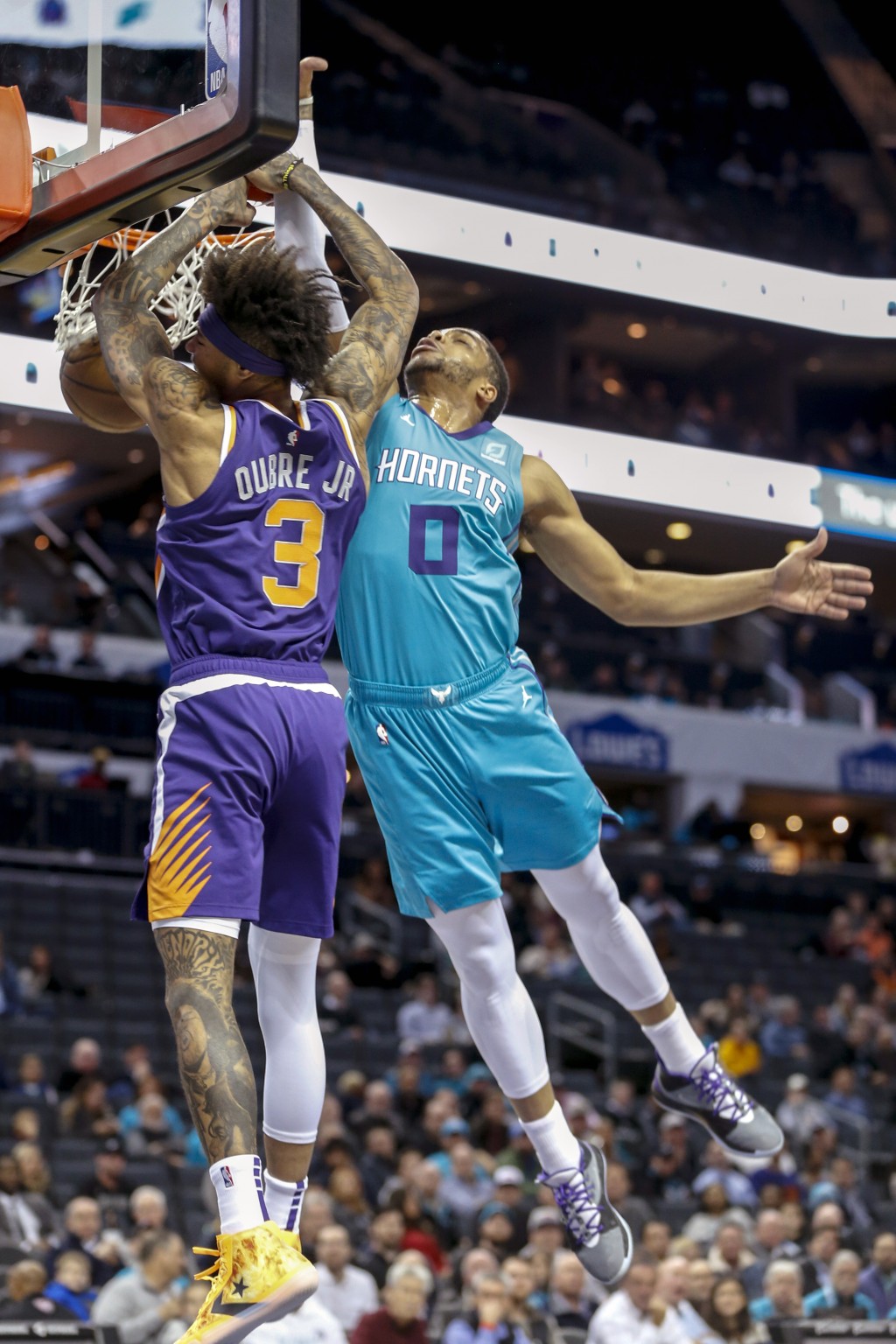 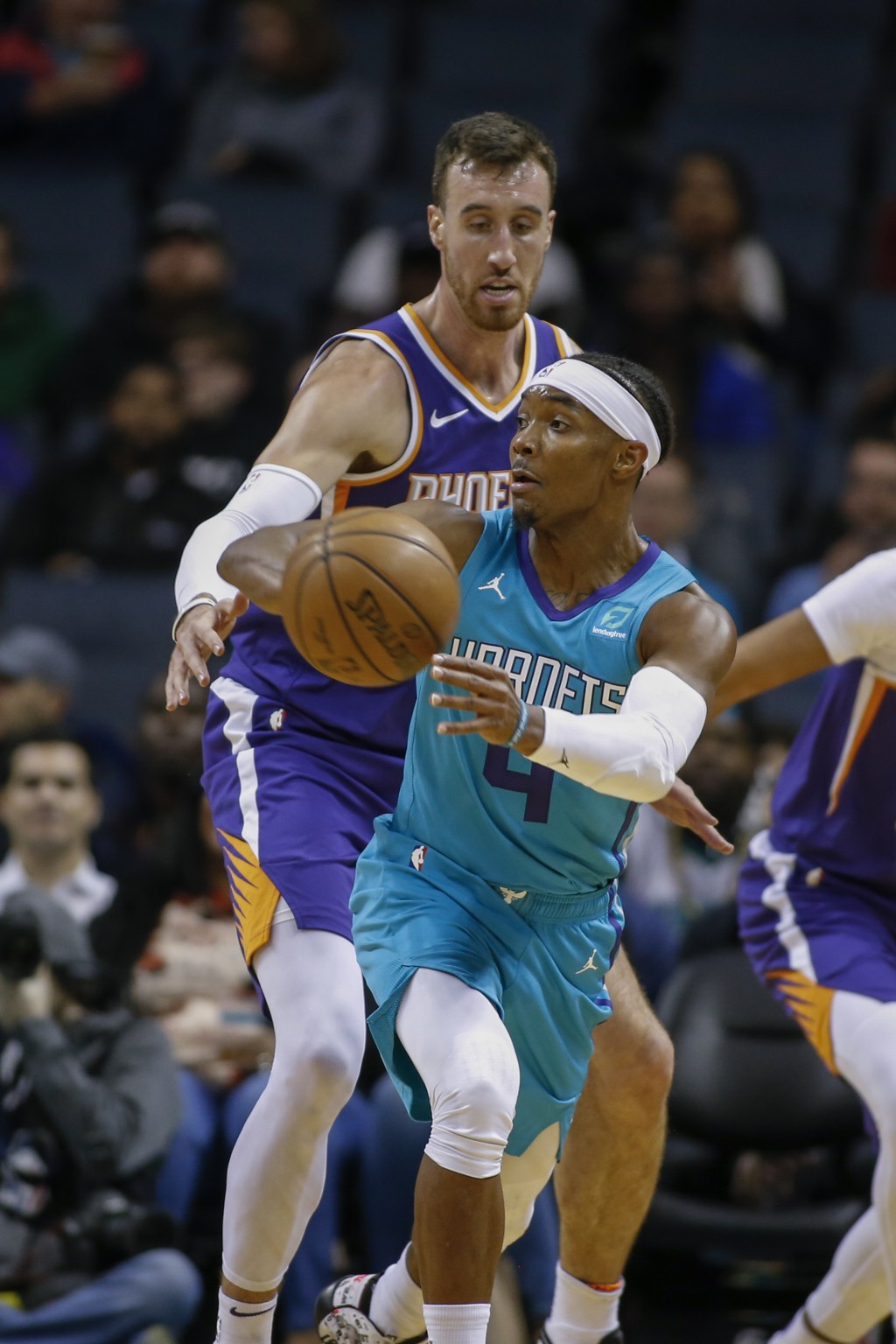 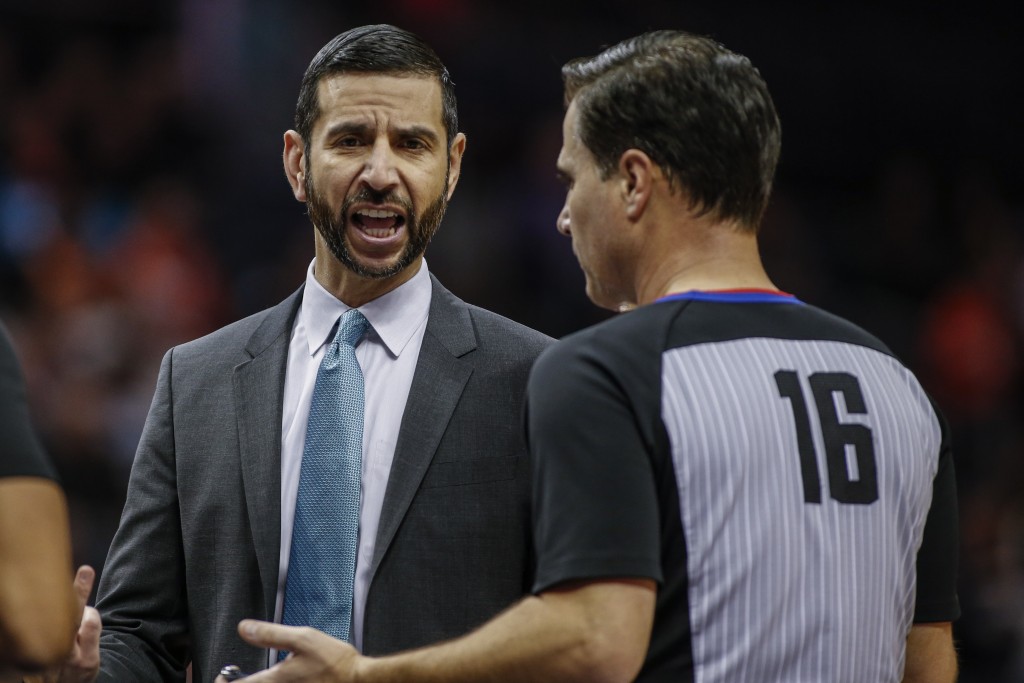 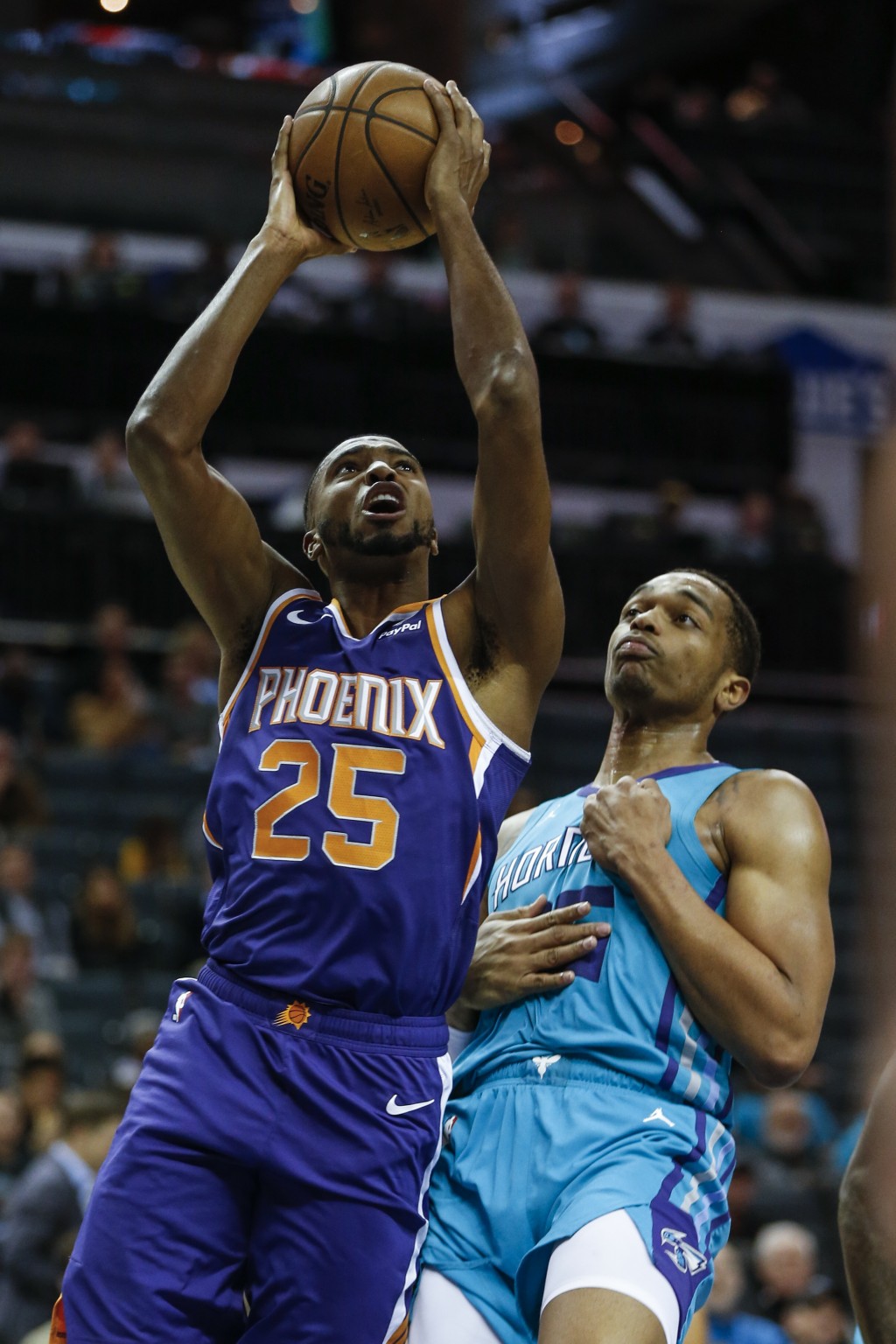 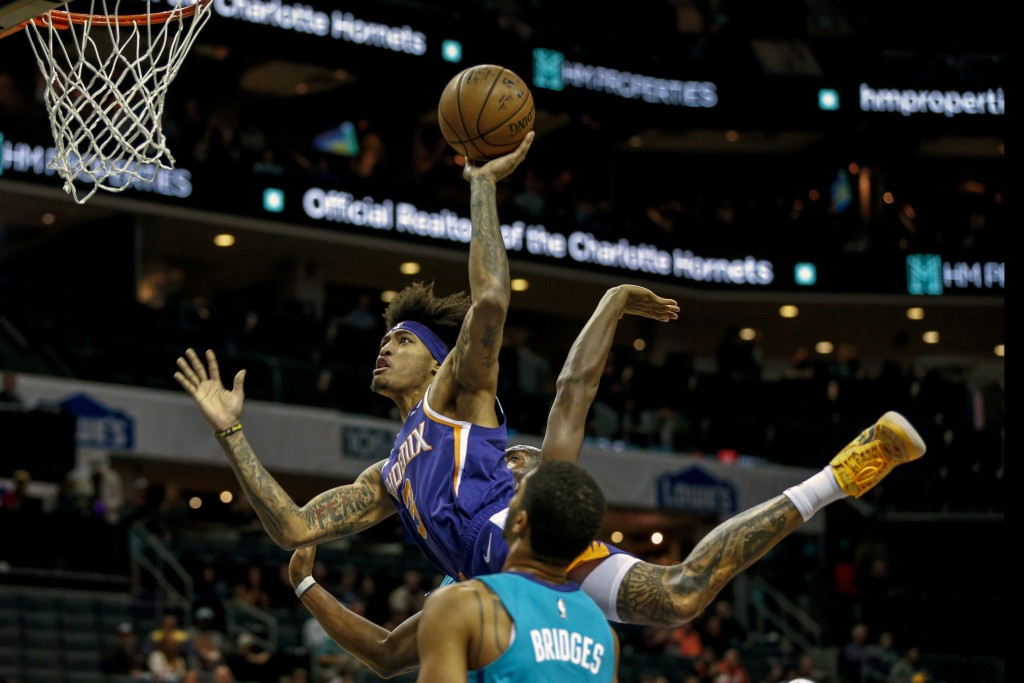 CHARLOTTE, N.C. (AP) — Kelly Oubre Jr. scored 23 points, including two clutch 3-pointers in the final minute that lifted the Phoenix Suns to a 109-104 victory over the Charlotte Hornets on Monday night.

Devin Booker added 23 points and Dario Saric had 16 points and 10 rebounds for the Suns, who snapped a three-game skid.

Marvin Williams led the Hornets with a season-high 22 points and Devonte Graham had 15 points and 12 assists.

The Suns led by 20 at the break, but squandered that lead and trailed by five in the final minute. That’s when Oubre knocked down back-to-back 3s to put the Suns ahead with 19.8 seconds left.

The Hornets were setting up for the potential winning shot when P.J. Washington’s handoff went off Graham’s leg. Ricky Rubio added two free thows to push the lead to 107-104.

Graham had a chance to tie it, but airballed a shot from the top of the key with 9 seconds left.

Before the late-game collapse, it appeared the Hornets were going to overcome a horrible first half in which they committed 15 turnovers and scored just 39 points while going 4 for 16 from 3-point range. Like they’ve done several times this season, the Hornets battled back. They went ahead by five with 8½ minutes to go on a putback by Dwayne Bacon and a 3-point play by Williams.

Hornets: Nic Batum left the game in the first half with hand discomfort. It’s the same hand that kept Batum out of 11 games earlier this season. ... Bismack Biyombo got a rise and a lot of laughs from his teammates when he successfully executed a Euro-step on a fastbreak.