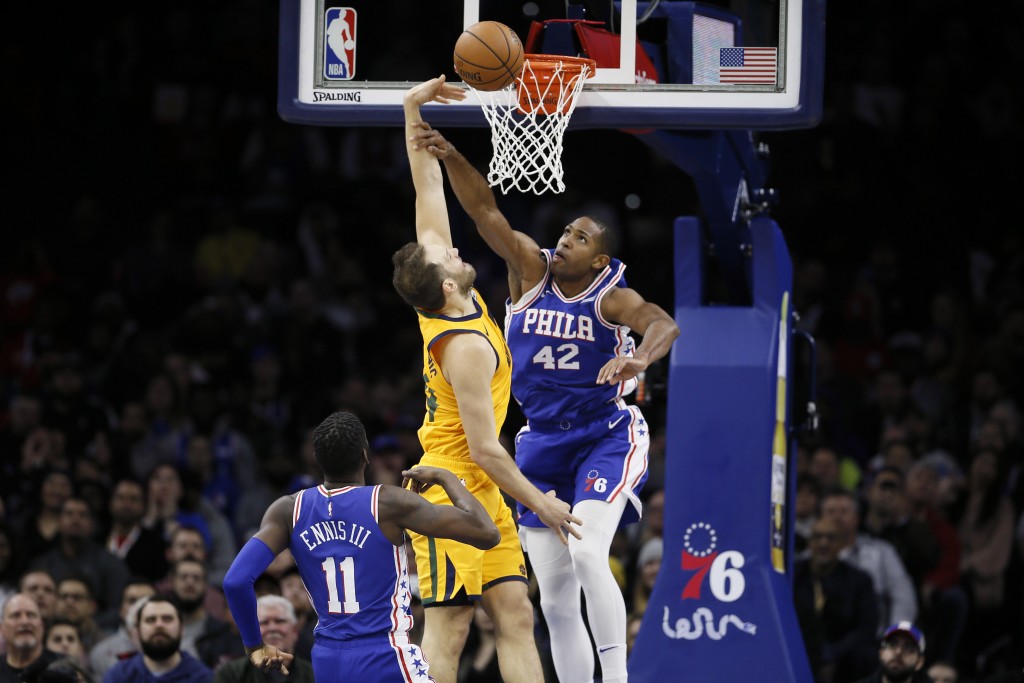 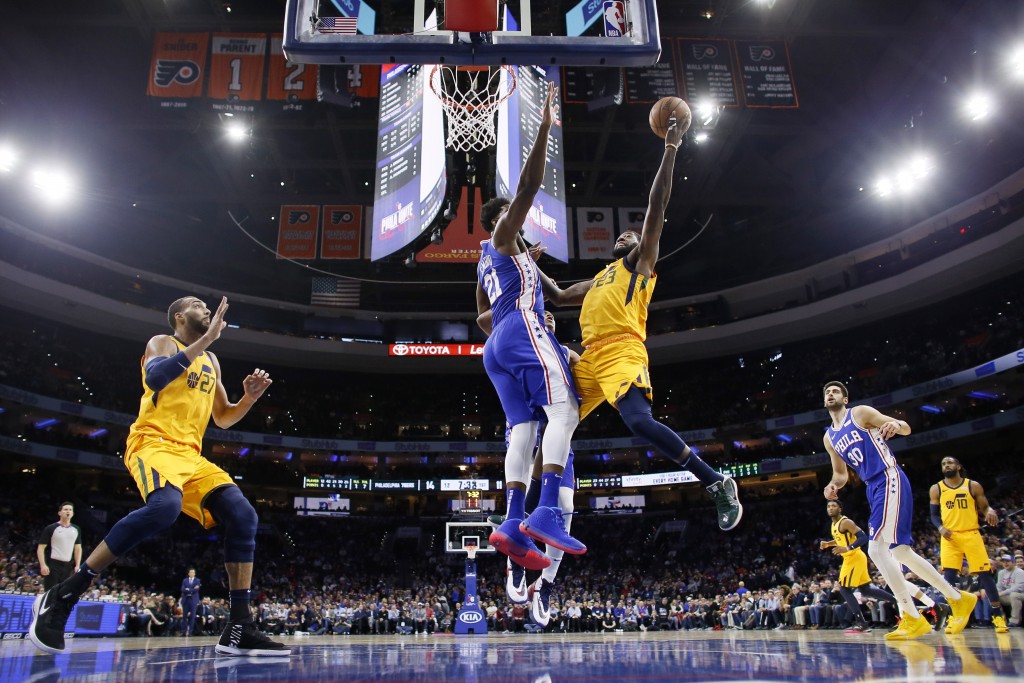 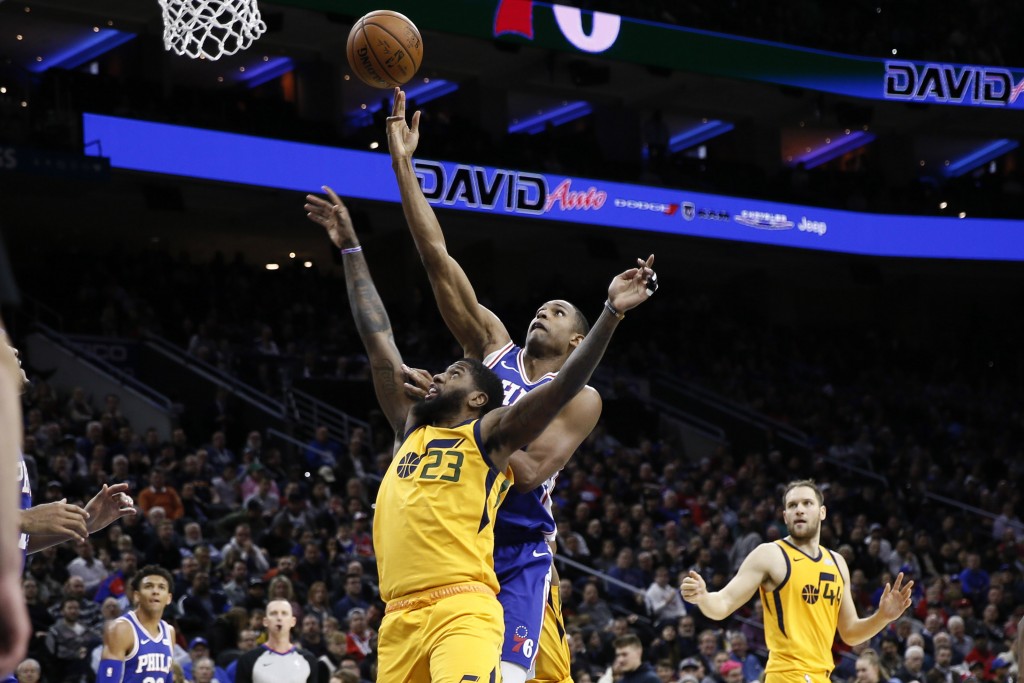 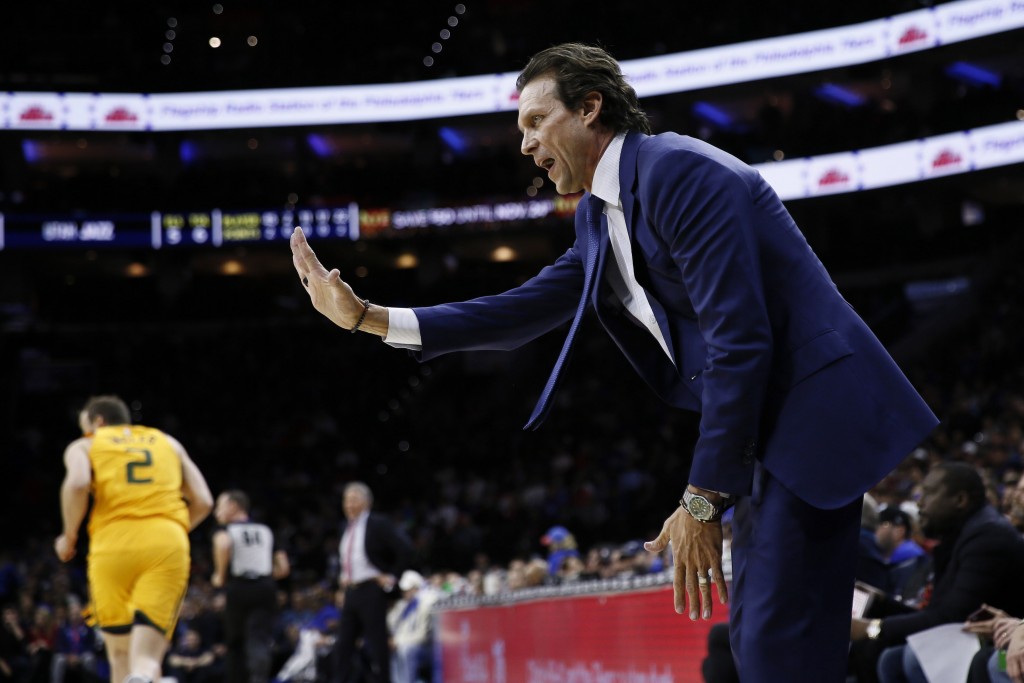 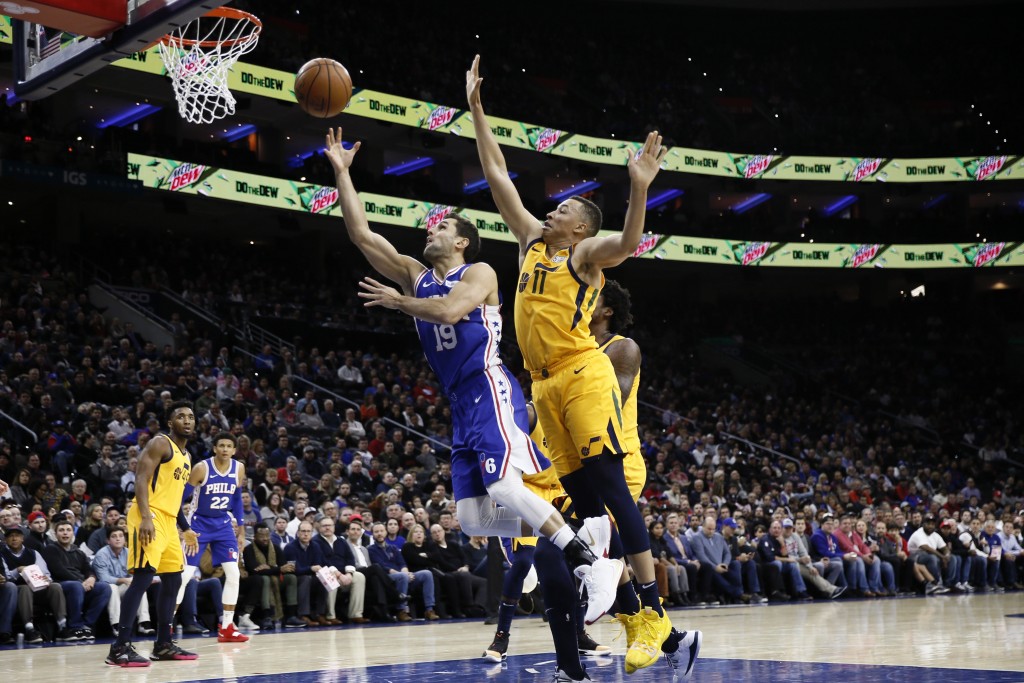 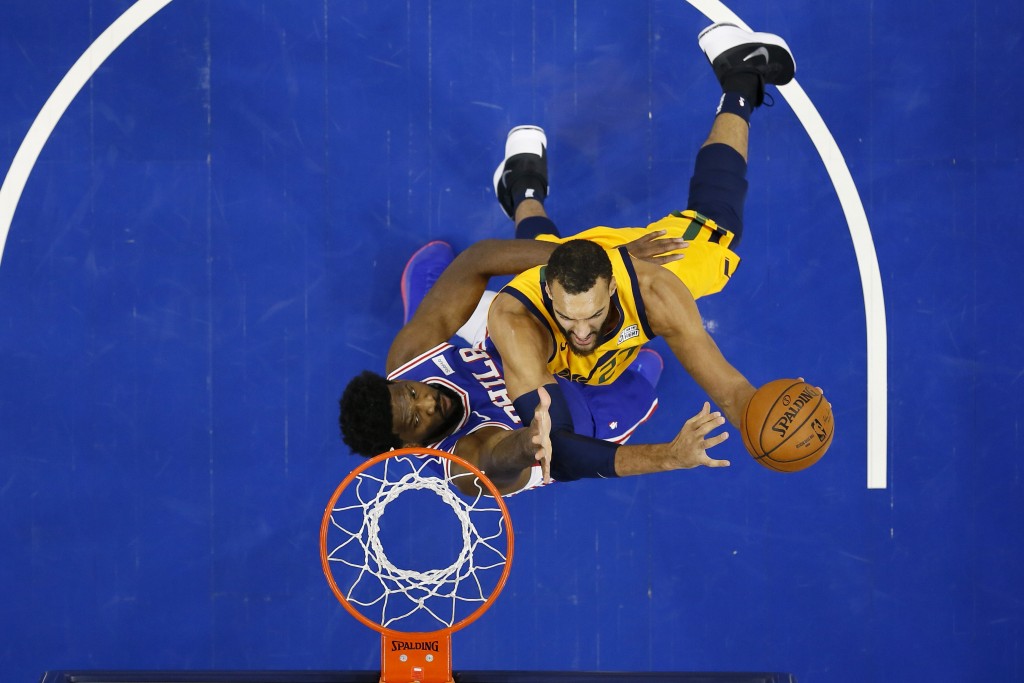 PHILADELPHIA (AP) — James Ennis III hit a 3 and dropped for three pushups, and Tobias Harris scored 26 points to lead the Philadelphia 76ers to a 103-94 win over the Utah Jazz on Monday night.

Al Horford scored 17 points to help the Sixers win for the eighth time in nine games and improve to 10-0 at home. A night after the Raptors led the Jazz by 40 points at halftime, the Sixers led by a more modest 18 points at the break — a cushion needed late to secure the win against Utah.

Ennis, Philly's super sub, had the crowd going wild in the first half when he was fouled on a 3 and did three quick pushups to stretch the lead to 26 points. Ennis missed the free throw but it hardly mattered at home. The Sixers flexed their offensive muscle and have started to play more like a team expected to contend for an Eastern Conference title than one that slogged through a 2-5 stretch in mid-November.

Horford did his part, scoring five baskets in the first quarter for 12 points, to go with one ridiculous block. Bojan Bogdanovic took a turnover the other way and went straight down the middle for a layup attempt, when a hustling Horford caught up from the right and twisted his body for the rejection.

They blocked, they exercised, they alley-ooped.

Matisse Thybulle turned a steal into an alley-oop dunk for Ben Simmons and Harris came right back for a 3 that made it 52-27.

The glaring blemish for the 76ers was another off-night for All-Star center Joel Embiid. Four games after Embiid went scoreless (0 for 11) against Toronto, he scored 16 points on just 5-of-13 shooting. Embiid played 29 minutes and continued to defy the load management expectations that had been set in recent seasons for the oft-injured big man. He looked gassed at the end of the fourth, right when the Jazz made a push to close within 10 with 4 minutes left. Joel Engles made it 99-92 on a 3-pointer with 57 seconds left to make it a bit uneasy for the Sixers before it dragged to its inevitable conclusion.

Jazz: G Mike Conley left in the second half with a tight left hamstring.

76ers: G Joel Richardson sat out due to right hamstring tightness, and G Trey Burke missed the game with an upper respiratory infection.

Jazz: The Jazz return home to host the Lakers on Wednesday night.