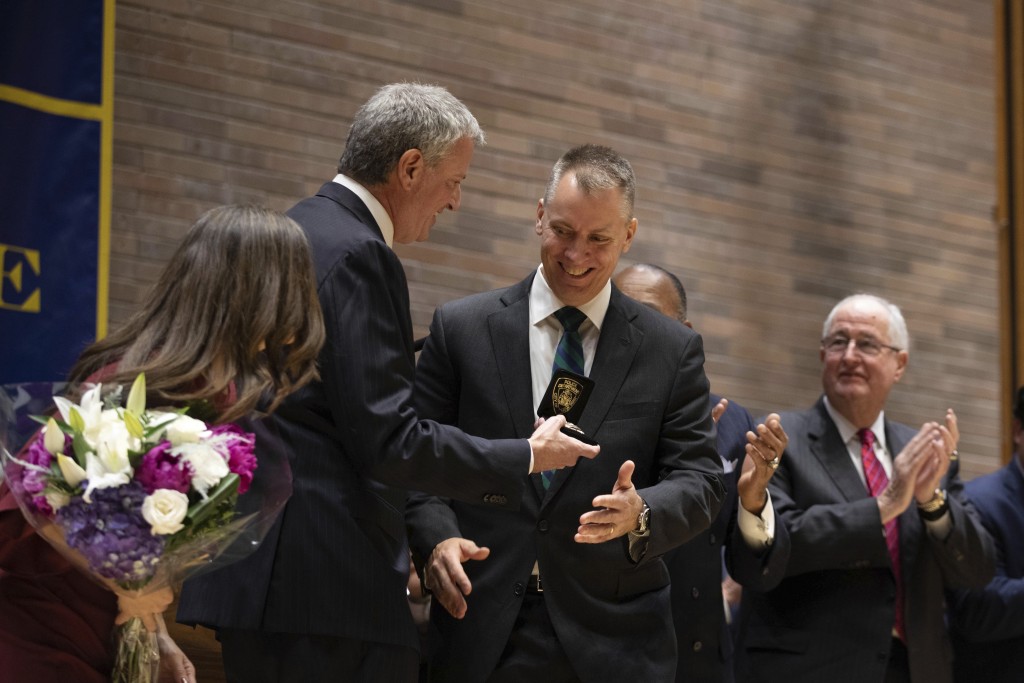 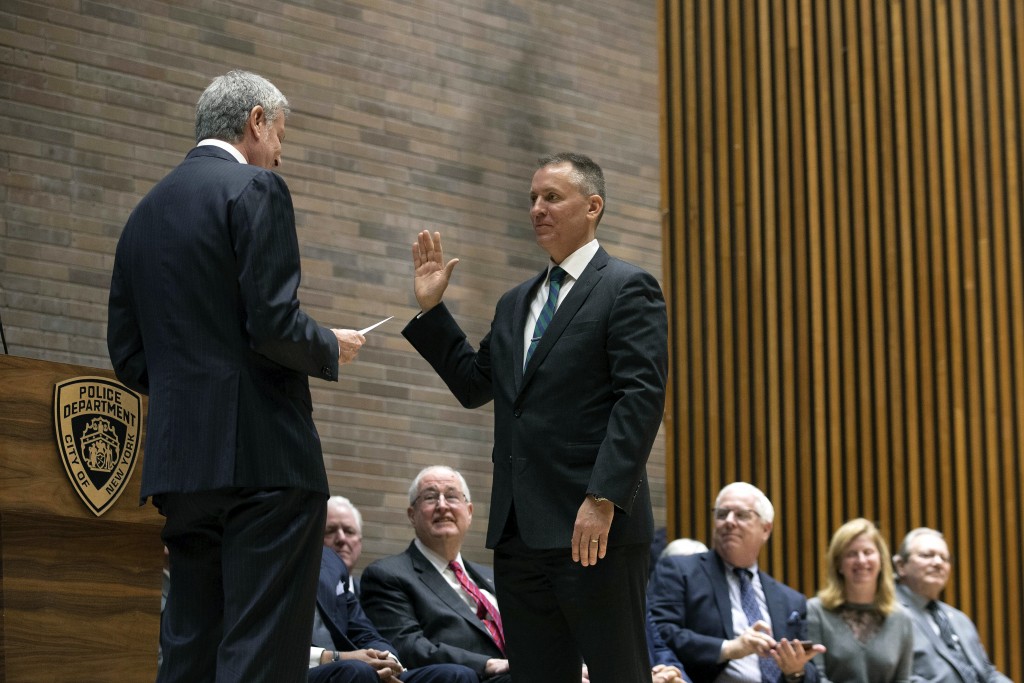 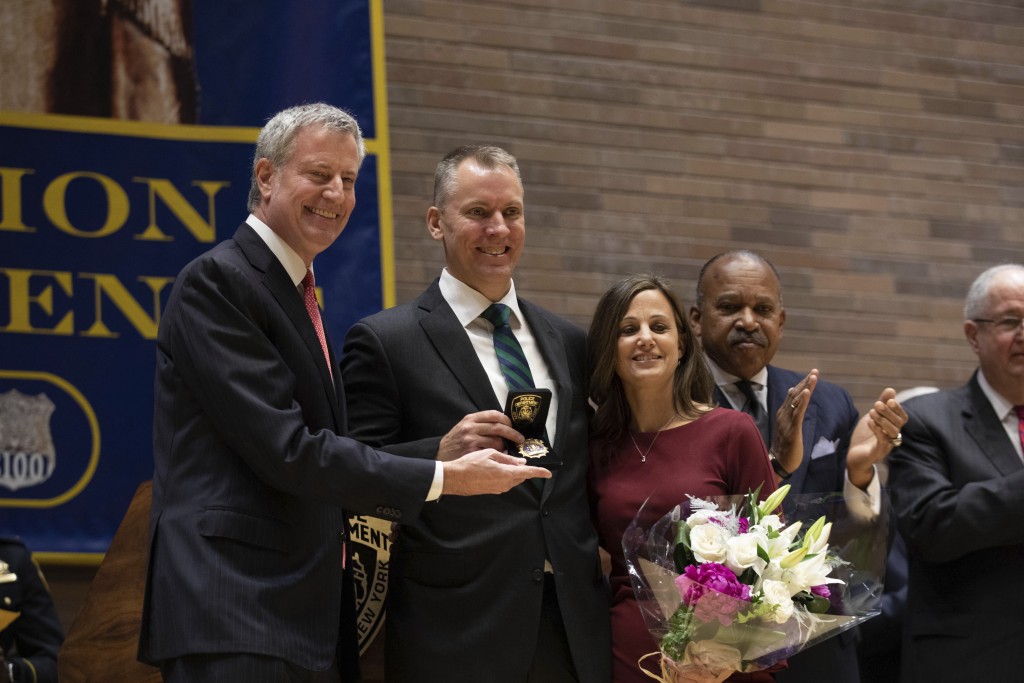 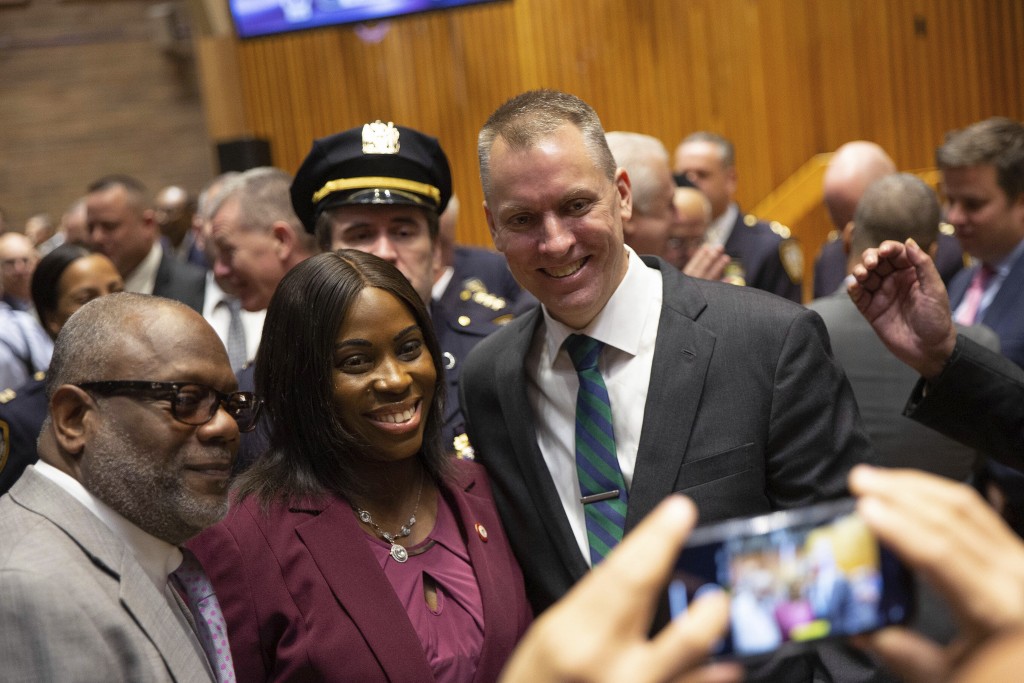 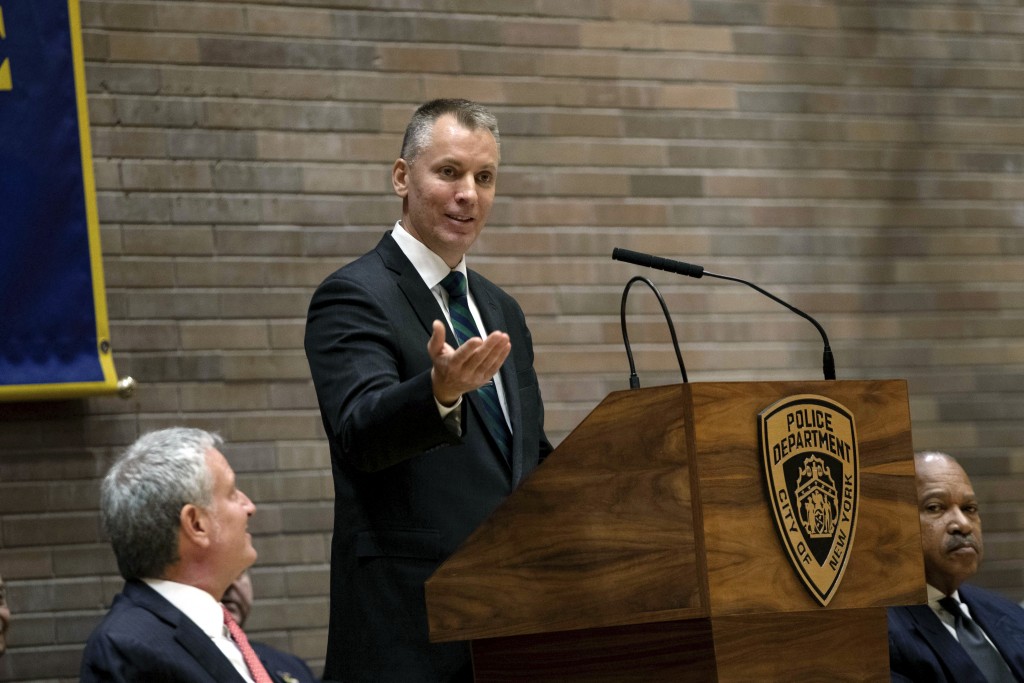 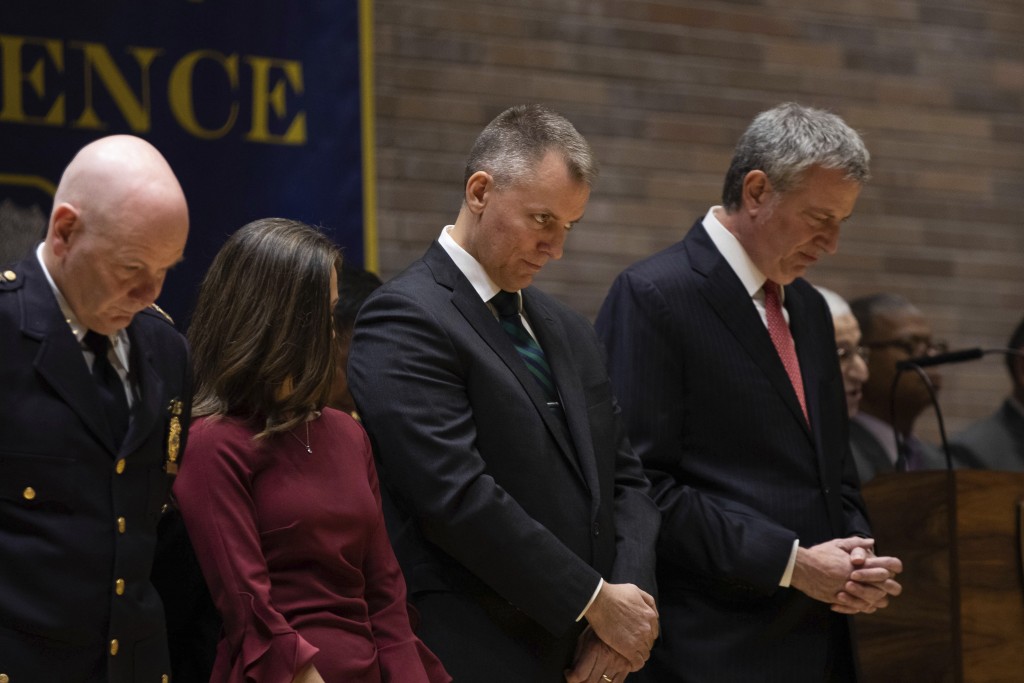 NEW YORK (AP) — New York City’s newly sworn-in police commissioner has told the force he wants to change a media-driven misperception that officers and the communities they patrol have a bad relationship.

Dermot Shea took the oath from Mayor Bill de Blasio on Monday at a police headquarters ceremony. His mother Ellen and wife Serena and their three children looked on, along with a room full of dignitaries and police officials.

They included former Commissioner William Bratton, but not Shea’s predecessor, James O’Neill, who was traveling to the west coast to start a job Monday as Visa Inc.'s head of global security after three years as police commissioner.

During the public ceremony, Shea, a statistical whiz who rose through the ranks from patrol officer and was most recently the chief of detectives, called it “truly humbling” to be named the 44th commissioner of “the greatest police department in the world.”

In a letter to officers, Shea said he was frustrated that residents’ positive sentiments are not often reflected in news coverage of the nation’s largest police department.

“The vast majority of people I talk to in our communities are incredibly supportive of you, but then I see a news story that paints the police in a different light,” Shea wrote. “That narrative needs to be changed. And together, we're going to change it.”

De Blasio, a Democrat, echoed Shea’s news media criticism during Monday’s ceremony, saying stories he sees on the city’s TV stations and in the newspapers inaccurately portray the city and its police force as “stuck in its past.”

De Blasio’s first campaign for the mayoralty was built partly on promises to reform the NYPD.

Some residents remain frustrated with the police, including over a recent spate of deadly shootings by officers and lingering mistrust from the prolonged disciplinary process for an officer who placed Eric Garner in a deadly chokehold in 2014.

Last month, hundreds of people marched in protest in Brooklyn after bystander video showed a white police officer punching a black teen during a brawl on a subway platform.

Shea, 50, inherits a department that is grappling with dueling mandates: drive homicides and other crime even lower than recent record lows, while preparing for statewide reforms, effective Jan. 1, that eliminate bail for non-violent felonies and replace arrests with appearance tickets for low-level offenses.

Shea’s strategy for dealing with those pressures, as well as public perceptions, involves expanding on predecessor James O’Neill’s neighborhood policing model, which has pushed officers out of their patrol cars and onto the streets so they can build bonds with residents.

Looking back to his days as a patrol officer in the rough-and-tumble Bronx of the early 1990s, Shea said he sees the potential for officers to have a positive impact on younger New Yorkers and guide them away from a life touched by crime — whether as a perpetrator or a victim.

The department’s 36,000 officers, he said, should “never forget for a second, not one second, the impact you make on others’ lives.”

Moreover, after a tumultuous year of attacks on police with everything from water to a metal chair, Shea’s message to the men and women in blue appeared to be: I’ve got your back.

When officers were attacked, O’Neill’s mantra was “we're not victims.” Shea, in his address Monday, said attacks on officers should be seen as attacks on society and denounced by all New Yorkers, “especially those in leadership positions.”

“Every person we serve deserves respect. And every cop must be respected, too, if they are to do their very dangerous jobs correctly,” Shea said. “This will always be a two-way street.”