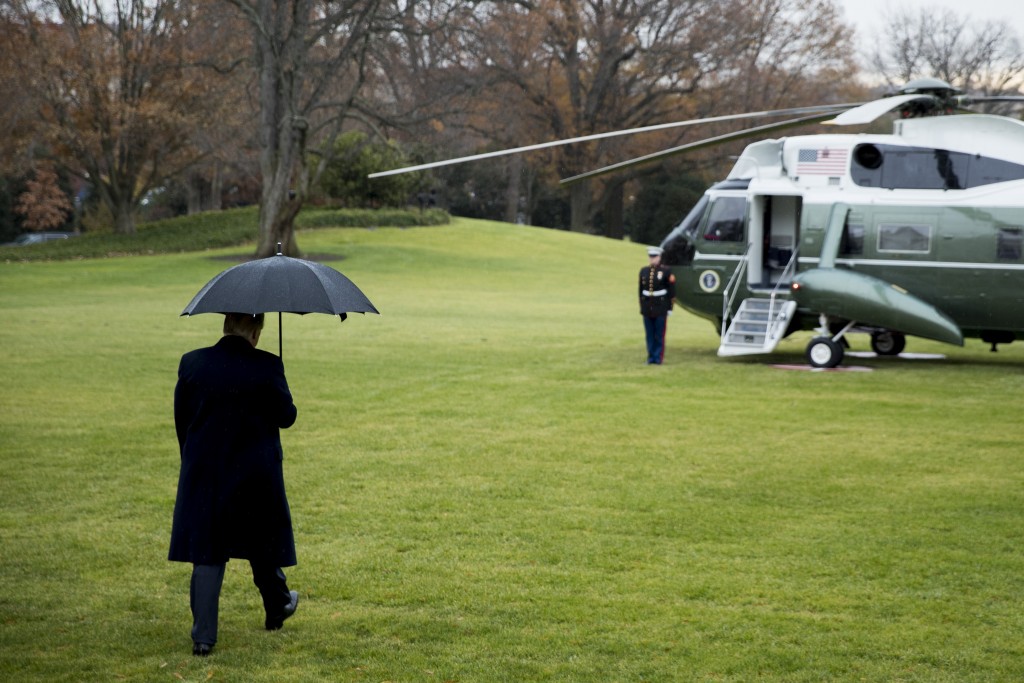 WASHINGTON (AP) — The Latest on House hearings on the impeachment of President Donald Trump (all times local):

A Republican report designed to counter Democrats’ impeachment case will argue that President Donald Trump’s hesitation to meet with Ukraine’s president and provide military aid to the country was “entirely prudent.”

The report, obtained by The Associated Press, disputes that Trump was laying out a “quid pro quo” with Ukraine when he asked the country’s president to investigate Democrats. It says Trump holds a “deepseated, genuine, and reasonable skepticism” of Ukraine due to its history of corruption.

The Republicans argue that Democrats are trying to impeach Trump because of his “outside the beltway” approach to diplomacy.

The GOP report is expected to be released Tuesday, the same day Democrats on the House intelligence committee will release their own report.

The House impeachment report on President Donald Trump will be unveiled Monday behind closed doors for key lawmakers as Democrats push ahead with the inquiry despite the White House’s declaration it will not participate in the first Judiciary Committee hearing.

The Democratic majority on the House Intelligence Committee says the report, compiled after weeks of testimony, will speak for itself in laying out what Chairman Adam Schiff, D-Calif., called the evidence of “wrongdoing and misconduct” by the Republican president over his actions toward Ukraine.

It was being made available for committee members to review ahead of a vote Tuesday to send it to the Judiciary Committee for Wednesday’s landmark hearing.