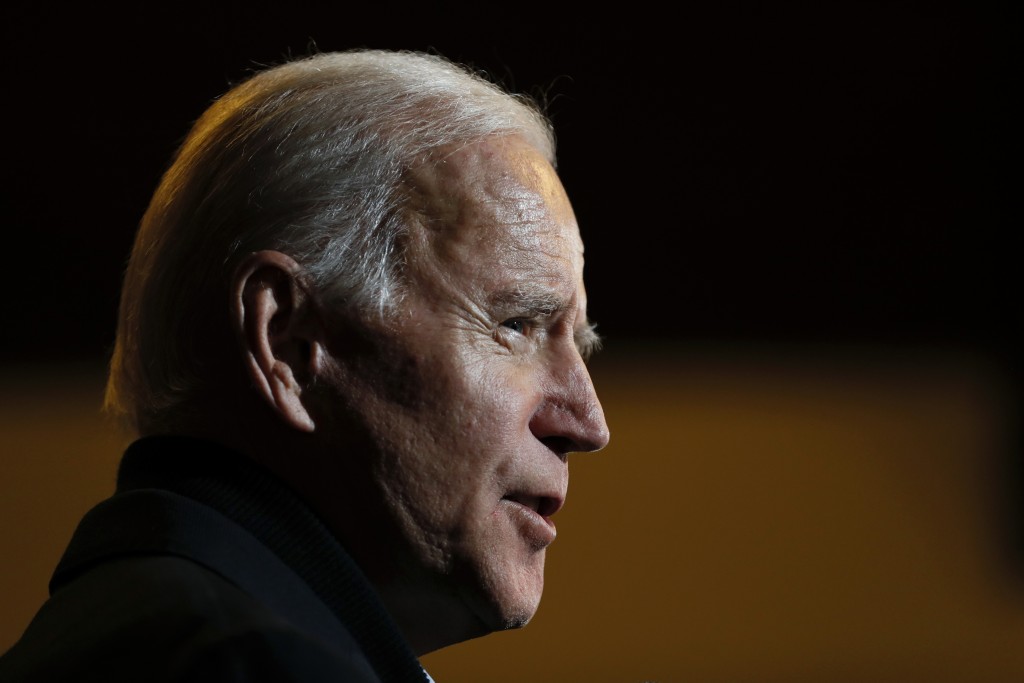 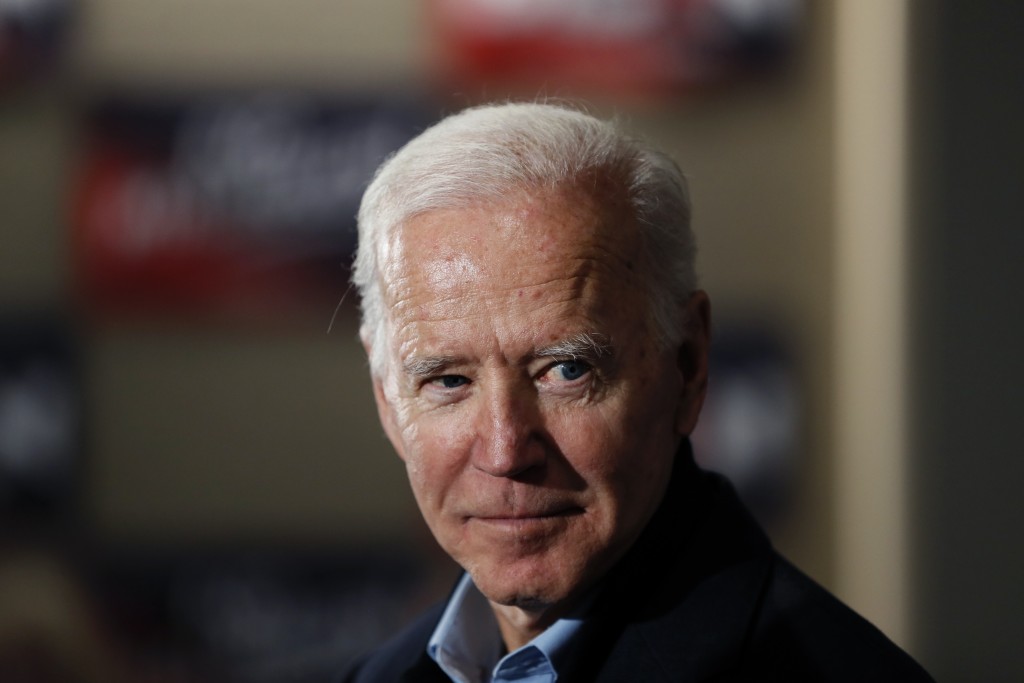 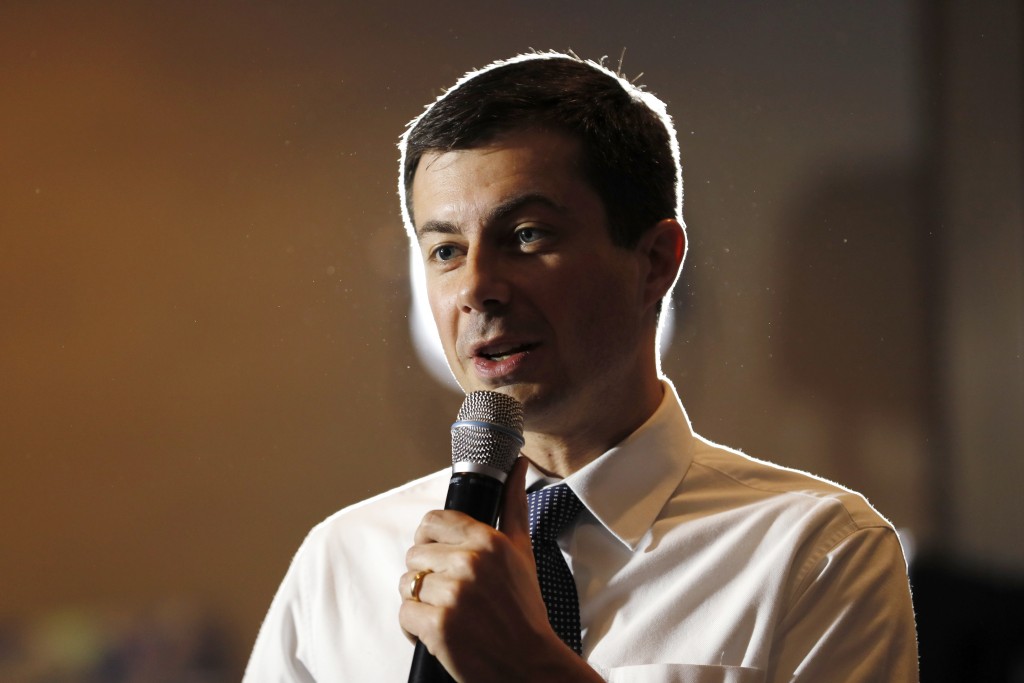 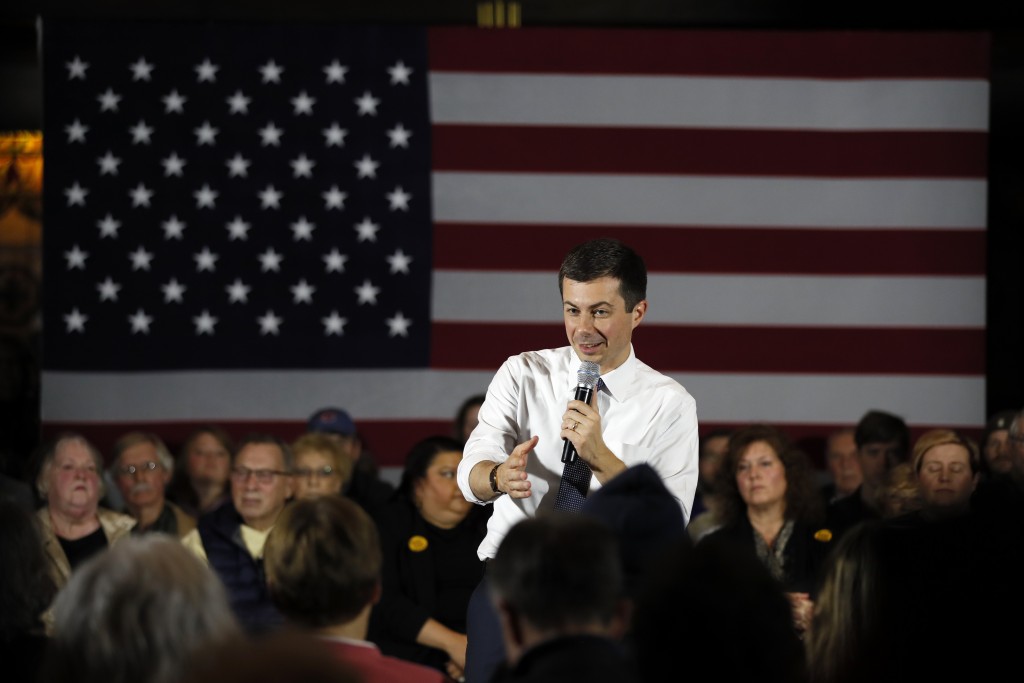 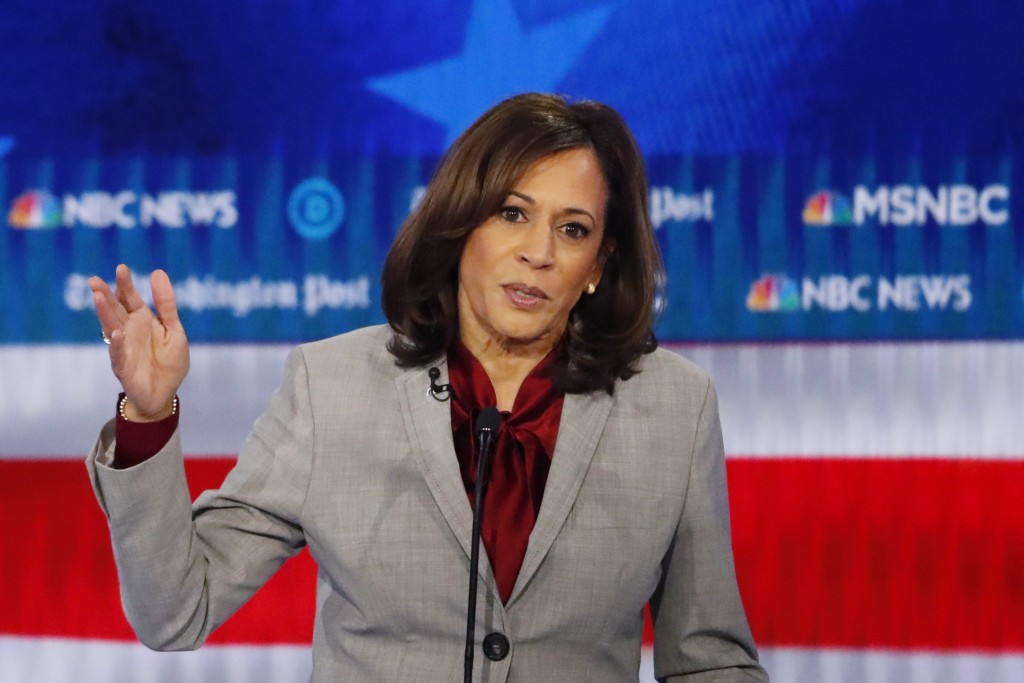 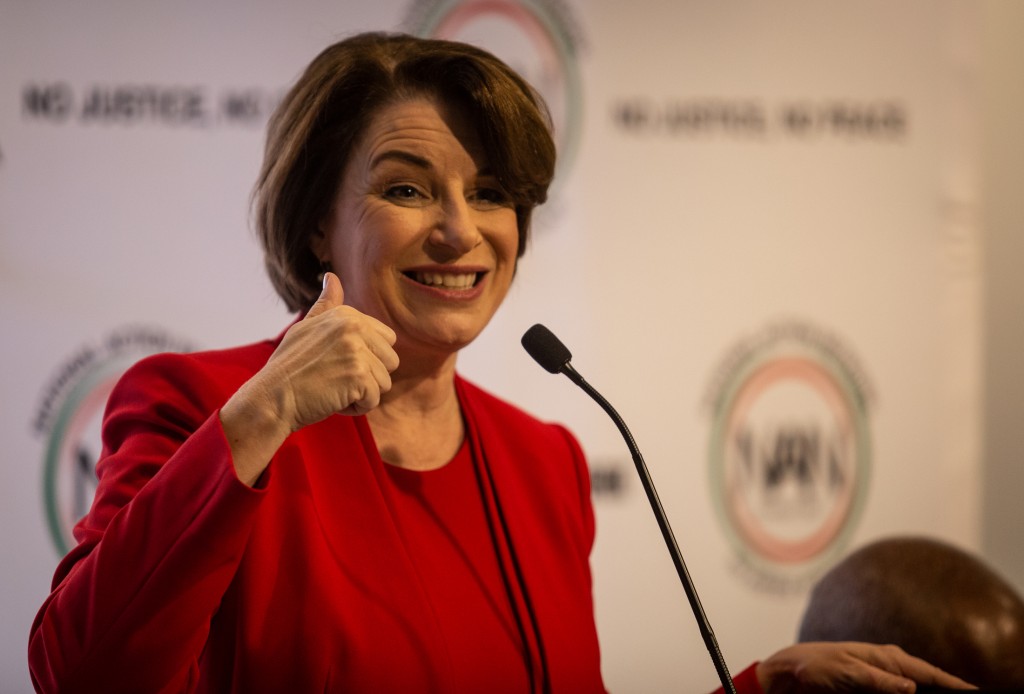 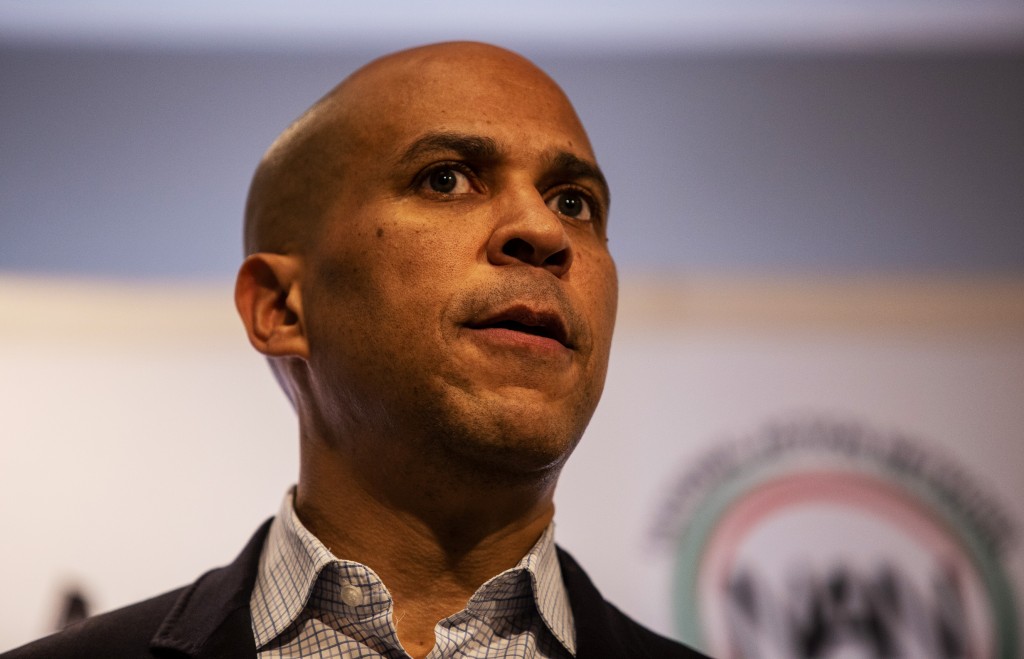 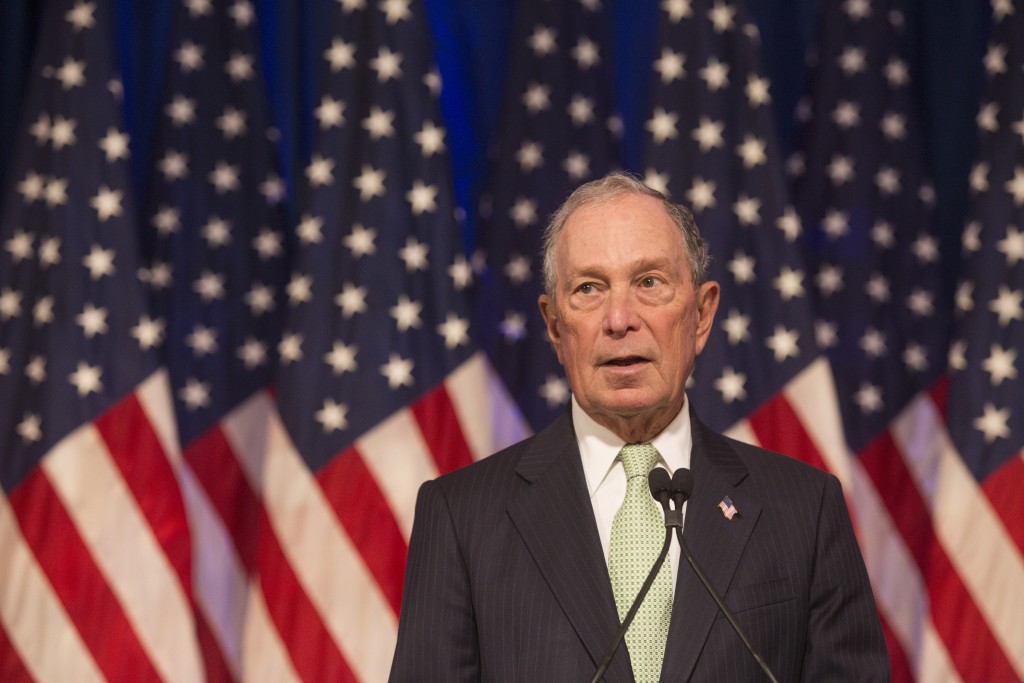 With just two months before primary voting begins, top Democrats are confronting their principal political liabilities with a new sense of urgency. It’s unclear how many voters will be paying attention, however, as the 2019 holiday season is here and impeachment proceedings against President Donald Trump accelerate. As Democrats fight amongst themselves in key primary states, Trump is focused on the states that matter most in the general election.

Can he get back on track in Iowa?

Joe Biden storms into the week on an eight-day, 18-county bus tour across Iowa. It’s no secret that the former vice president’s standing in the kickoff-caucus state isn’t as strong as national polls might suggest. The Iowa investment this week reflects the reality that a bad start in the opening contest threatens Biden’s standing in states that follow. He’s spending much of his tour focusing on small-town Iowa, where aides believe he has strong support. It’s unclear if that’ll be enough to overcome his weakness with the party’s energized liberal base elsewhere, but this is what his advisers think is the best way forward.

Can she keep the lights on?

Speaking of Iowa, the California senator who said she’s moving there is facing mounting pressure to prove her campaign is still viable. Kamala Harris’ critics cheered last week’s news that one aide resigned, citing poor treatment of staff and lack of a coherent strategy. That’s just four weeks after she shuttered offices in New Hampshire. And she’s still the only major candidate currently not running TV ads in Iowa, although her team says that may be changing. Harris retreats to California for at least one campaign fundraiser this week, and she needs the money. She has qualified for the next debate, so it’s unlikely she’ll be forced out of the race before then, but the former top-tier candidate is teetering on the edge.

Can anyone weaken Biden’s grip on South Carolina’s black voters?

For all the vulnerability Biden is showing in Iowa and New Hampshire, polls suggest he’s maintaining a lead in South Carolina thanks to his dominant showing with African-American voters — particularly older ones. Pete Buttigieg’s challenges with black voters are well documented here, but he’s not the only one trying to loosen Biden's grip on the critical voting bloc this week. Sen. Cory Booker is hosting a “man-to-man conversation focused on issues impacting black men” Monday in South Carolina, while Sen. Bernie Sanders opened the week Sunday at a black church in the state. Buttigieg will spend much of Monday and Tuesday courting minority voters across South Carolina, including a Monday visit to the site of the Orangeburg Massacre of 1968. He’ll also make a stop in Alabama to court more black voters before heading to one of the least diverse states in the nation, New Hampshire, for the end of the week.

Have Bloomberg’s millions made any impact?

Voters in key states across America have had a full week to watch Michael Bloomberg’s massive advertising blitz. Did it have any impact? It may be difficult to determine, given that the New York billionaire is focusing on Super Tuesday states and beyond — states that typically don’t get polled this early. But Bloomberg and his growing team will be under increasing pressure to prove that his cash-backed, television-heavy strategy is working if he hopes to become a serious part of the Democratic narrative moving forward. This week should offer some clues.

Guess who’s not forgetting about the general election?

As Democrats fight for primary votes, Trump and his team will spend another week targeting general election voters in a premier general election battleground. The Republican president headlines the Florida GOP’s biggest annual fundraiser at the end of the week in Miami. It’s the second consecutive week that Trump is making a campaign appearance in Florida. And it comes as Trump prepares to finish the year with visits in three more critical general election states: Michigan, Pennsylvania and Wisconsin. With no significant Republican primary challenge, Trump obviously has a big advantage over Democrats at this phase of the race, and he’s using it.

With much of the nation shifting into holiday mode, don’t expect the broader narrative to change any time soon. The holiday freeze is likely bad news for underperforming candidates Harris, Booker and Sen. Amy Klobuchar and good news for those at the top of the pack like Biden, Buttigieg and Sen. Elizabeth Warren.

2020 Watch runs every Monday and provides a look at the week ahead in the 2020 election.