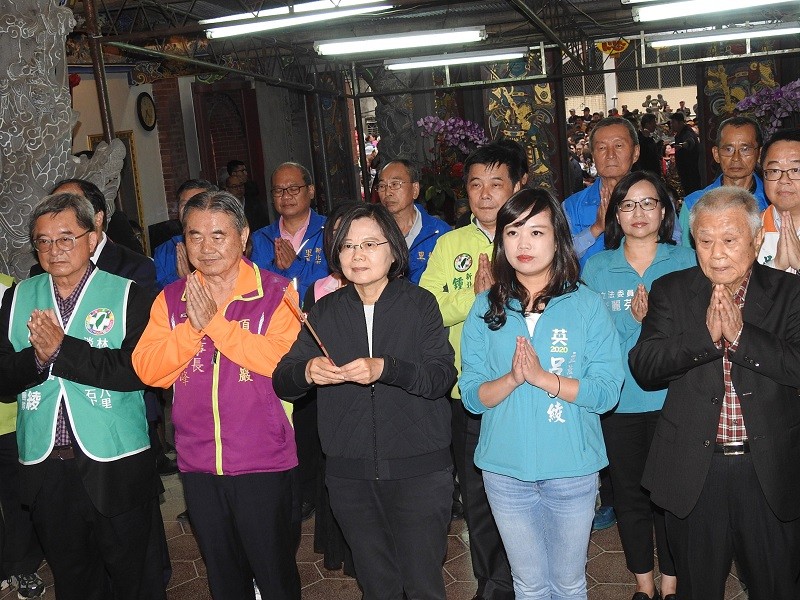 TAIPEI (Taiwan News) — Taiwan’s presidential and legislative elections are just 40 days away, and a poll conducted by Apple Online appears to show that 44 percent of voters want the new Taiwanese president to be from a party that does not have a majority in the country’s legislature.

The two major political parties in Taiwan are the Democratic Progressive Party (DPP) and Kuomintang (KMT), both of which are working to get their presidential nominee elected and form a majority in the country’s legislature. The Apple Online poll asked voters whether the president should be a member of the majority party, the news outlet reported on Monday (Dec. 2).

Nearly half of those polled, 44 percent, said the president should not be a member of the majority party so that “the executive and legislative branches can counterbalance each other.” Meanwhile, 39.9 percent were of the opposite opinion, saying that “they should be the same party to facilitate policy-making and administration."

Those who did not give a definitive answer accounted for 16.1 percent of the survey's respondents. What stood out from the survey is that among those who support President Tsai Ing-wen’s (蔡英文) reelection, 35.8 percent believe the president should come from a party other than the one that holds a legislative majority, the news outlet reported.

Apple Online said it commissioned Taiwan Indicators Survey Research to do the poll, which was based on telephone interviews conducted from Nov. 29 through Dec. 1 with 1,074 people throughout Taiwan over the age of 20. The poll has a margin of error of plus or minus 3 percentage points with a 95 percent confidence level.