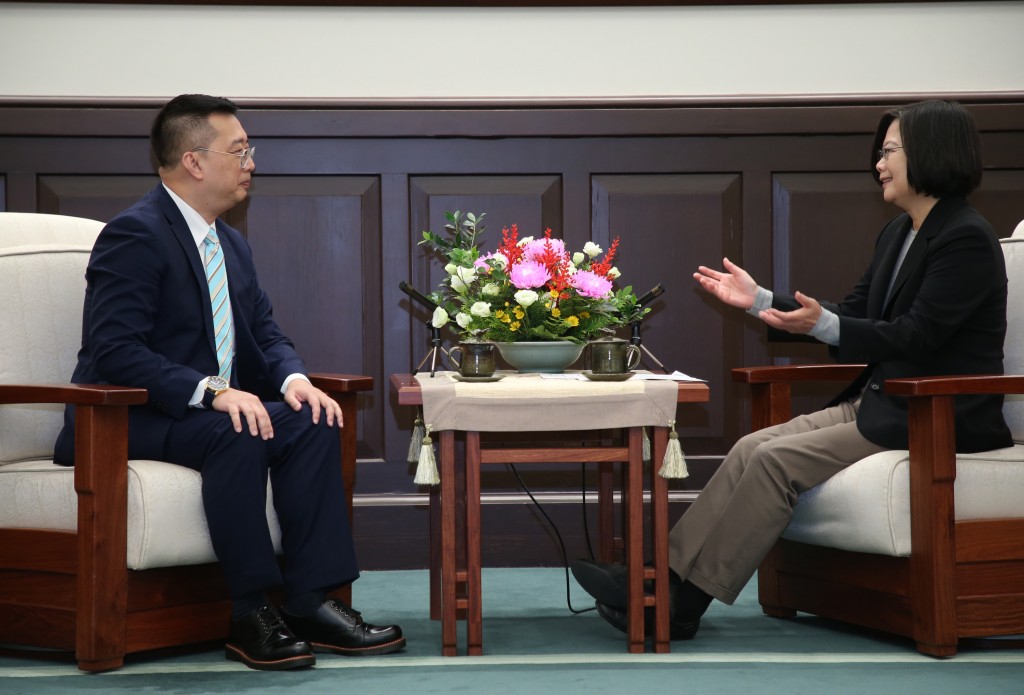 TAIPEI (Taiwan News) — President Tsai Ing-wen (蔡英文) met with Singaporean representative to Taiwan, Simon Wong (黃偉權), on Monday (Dec. 2), prior to his leaving office, to express her gratitude for his contributions to bilateral relations.

Wong has been the “best partner” over the last three years as the government has been carrying out its New Southbound Policy, said Tsai. The support offered by the Singapore Trade Office in Taipei has facilitated the initiative’s success, she added.

Exchanges between Taiwan and Singapore have increased in recent years, said the president. Government data suggests the number of Singaporean visitors to Taiwan in 2018 ranked third among the 10 ASEAN countries, while Taiwanese tourists traveling to the city-state increased by 7 percent compared to the previous year.

Tsai also thanked Wong for helping support Taiwan’s fruit exports to the Southeast Asian nation. Taiwan and Singapore’s relationship has deepened over the years, said Tsai, adding that she looked forward to raising ties to the next level in the future.