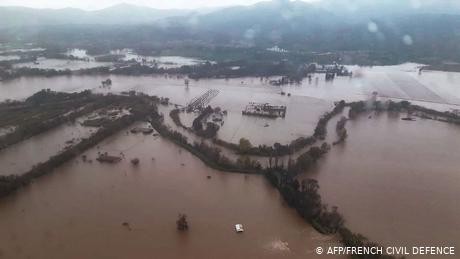 Three rescuers died in a helicopter crash during an overnight mission near the southern French city of Marseille, the French Interior Ministry said Monday.

The crew had been on a reconnaissance and rescue flight in the Var region when their EC145 helicopter lost radio contact.

The helicopter and its three occupants were found at 1:30 a.m. local time (0030 UTC) near the town of Rove, the ministry said.

"An investigation will determine the exact circumstances of this tragedy," it added.

The country's Civil Defense said a pilot, an engineer and a firefighter were on board.

Interior Minister Christophe Castaner expressed his condolences to the families and colleagues of the rescue workers on Twitter.

Torrential rains have inundated parts of southeastern France, where the Var and neighboring Alpes-Maritimes region are on red alert for floods. Authorities said at least two people were killed on Sunday after being washed away by floodwaters in the French Riviera.

Storms in the Var region a little over a week ago left six people dead and caused disruptions to rail services and road traffic.