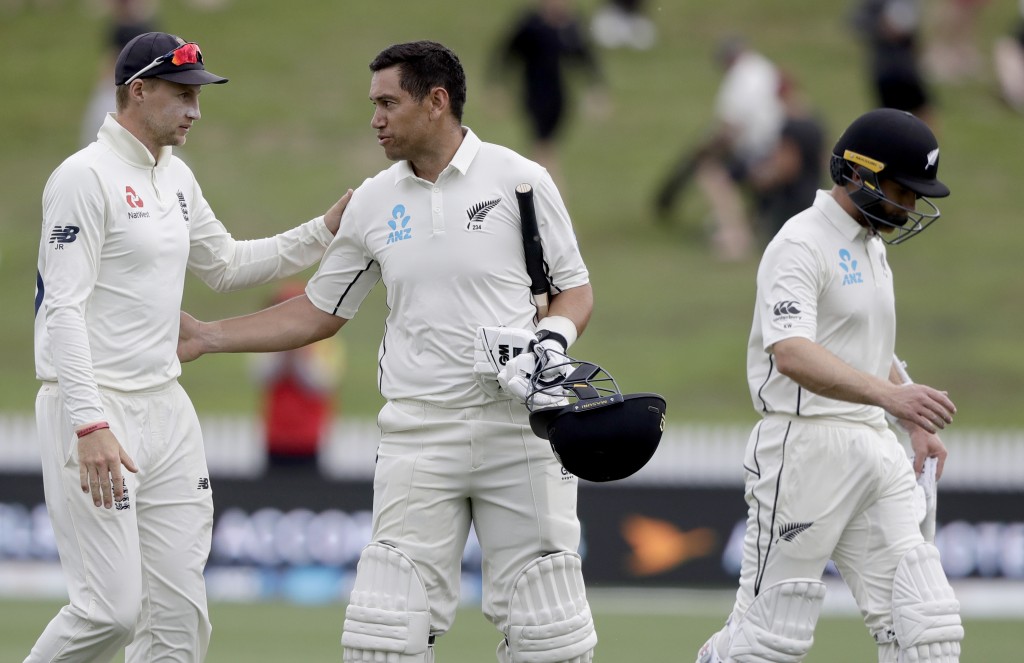 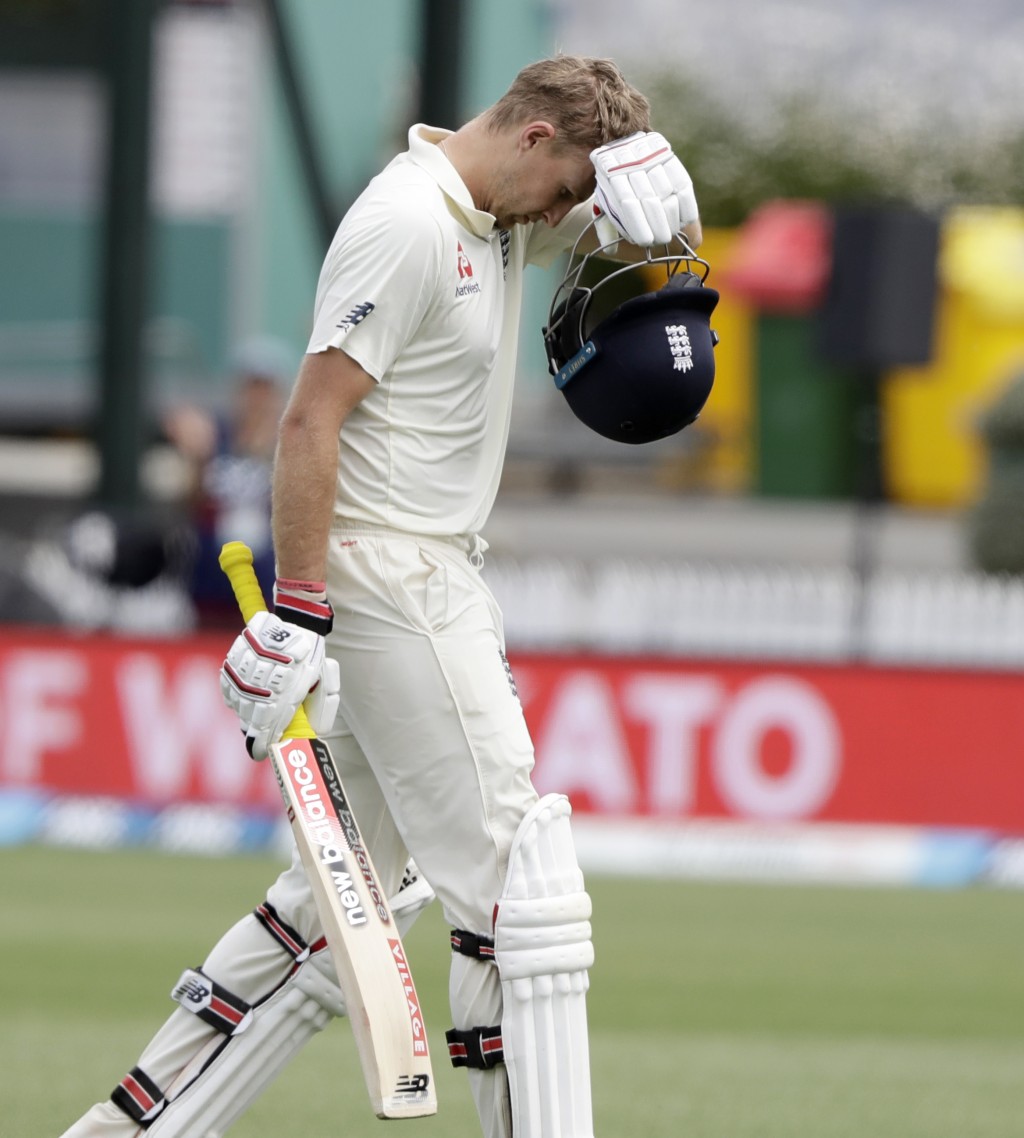 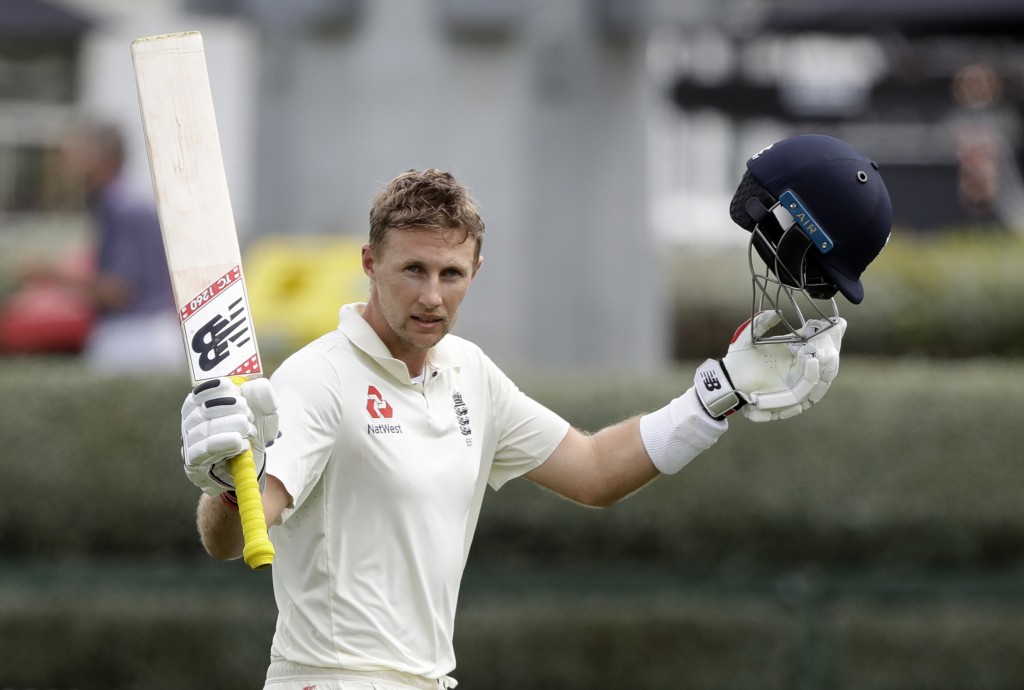 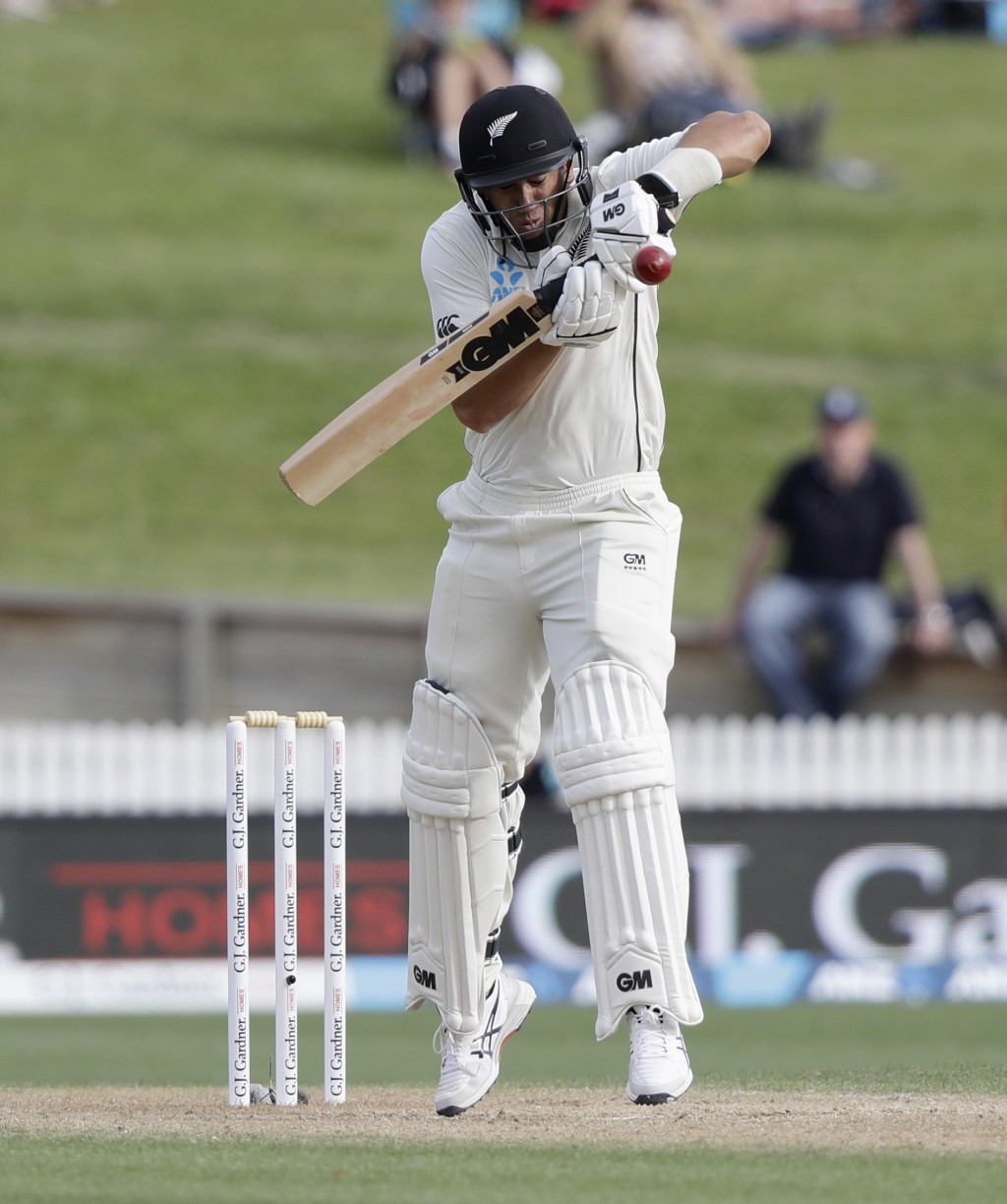 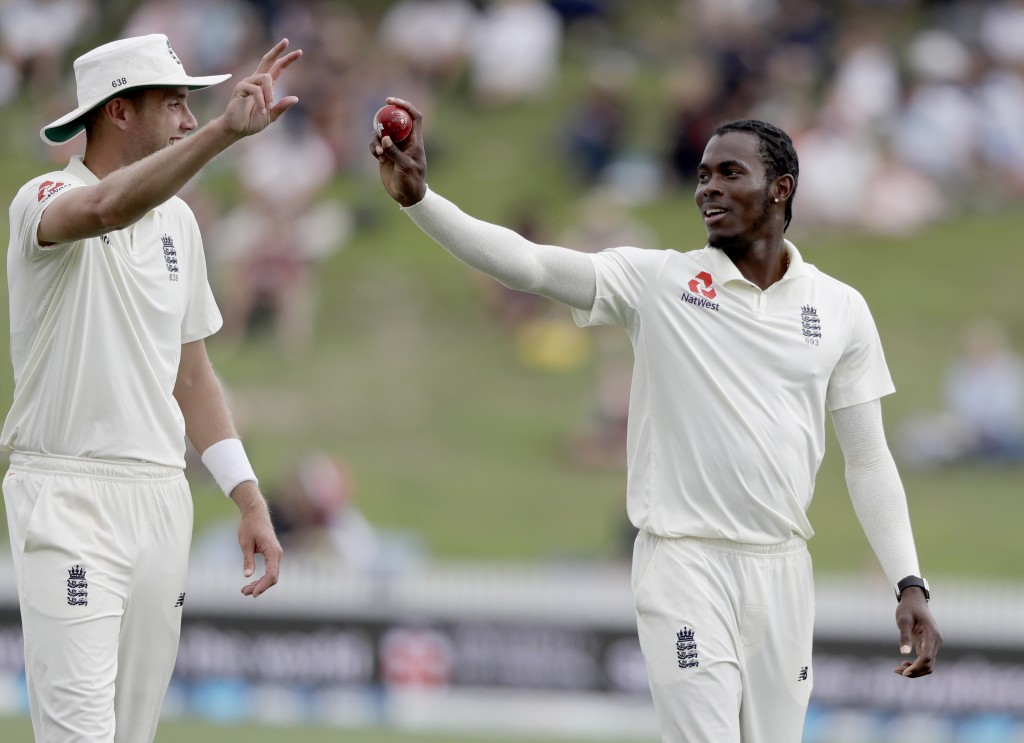 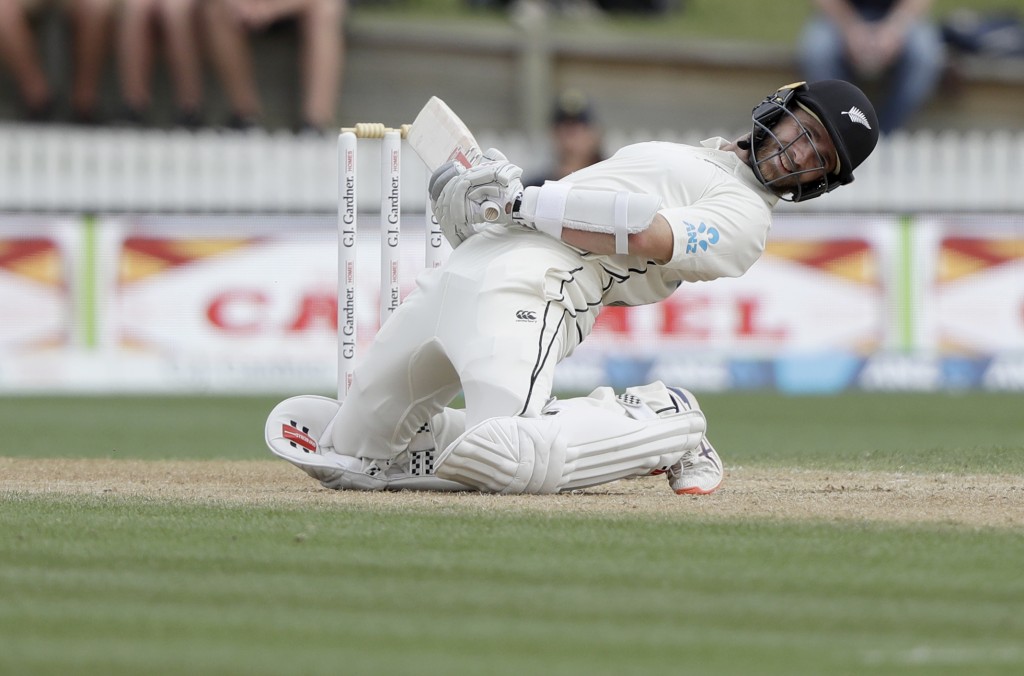 HAMILTON, New Zealand (AP) — England captain Joe Root made 226, his third test double century and a labor of more than 10 hours, to give his team a flickering hope of winning the second test against New Zealand.

Root shared a 193-run sixth-wicket partnership with Ollie Pope (75) which allowed England to reach 476 before its first innings ended just before tea Monday, a lead of 101 with four sessions remaining.

He then took a catch at slip to remove first-innings century-maker Tom Latham before New Zealand ended day 4 at 96-2, still five runs behind and with the match and the series still somewhat in the balance.

Root's New Zealand counterpart Kane Williamson stood most formidably between England and a victory which would level the series after the home team's first test win by an innings and 65 runs.

Williamson was 37 not out at stumps and had added 68 runs for the third wicket with his long-time middle-order partner Ross Taylor, who was 31.

New Zealand now needs to bat most of the fifth day, which is expected to be affected by rain, to avoid any possibility of England chasing an attainable total.

That England was in a position to push for victory was due almost entirely to Root’s 441-ball innings, an impressive display of concentration and stamina that occupied 635 minutes and contained 22 fours and a six.

"It was a good day," Root said. "I would have been nice to get a couple more wickets towards the end but we got ourselves into a position from which we could possibly win this game, so hopefully the weather holds off tomorrow and we get a couple of early wickets and put them under pressure."

Root helped England from 24-2 on the second day to 458-7 when he was finally out about 30 minutes before tea on the fourth, his departure preceding a collapse which saw its last four wickets fall for 18 runs.

Root batted himself back to form through the third and fourth days, on a docile pitch at Seddon Park but through sheer force of will. He had made on 321 runs in 14 innings at an average of 26.5 since the start of the England summer in July and his last century came in the West Indies in February.

While the pitch was low and slow, it required watchfulness and made fast run-scoring difficult. Root deployed a range of dabs to third man and flicks behind point and square to reach his double century from 411 balls in just on 10 hours.

Then, as an inflection point, he strolled down the wicket and sweetly hit seamer Matt Henry back over his head for six.

While it was his third double century in tests, following his 254 against Pakistan in 2016 and his 200 not out against Sri Lanka at Lord's in 2014, it was his first as captain.

He matched Kevin Pietersen's record of three double centuries but lags behind Walter Hammond and Alastair Cook who both reached the milestone five times.

"I felt I've been fairly close for quite a long time in terms of getting a really big score,” Root said. “Today once I got back in I had the bit between my teeth and wanted to make it a really big one and try and force a result for us in this game.”

Pope was the first man out Monday, caught a little off guard by a steeper bouncer from Neil Wagner which he tried to pull. He met the ball high on the blade and it skied to Jeet Raval at deep-midwicket.

His long-time partner gone, Root lasted only one more over and fell to the bowling of left-arm spinner Mitchell Santner. He went down the pitch to drive but managed only to slap the ball to Henry Nicholls at deep cover.

After Root’s dismissal, Wagner dismissed Chris Woakes, Jofra Archer and Stuart Broad in quick succession to finish with 5-124, the ninth five-wicket haul of his career and his second in consecutive innings.