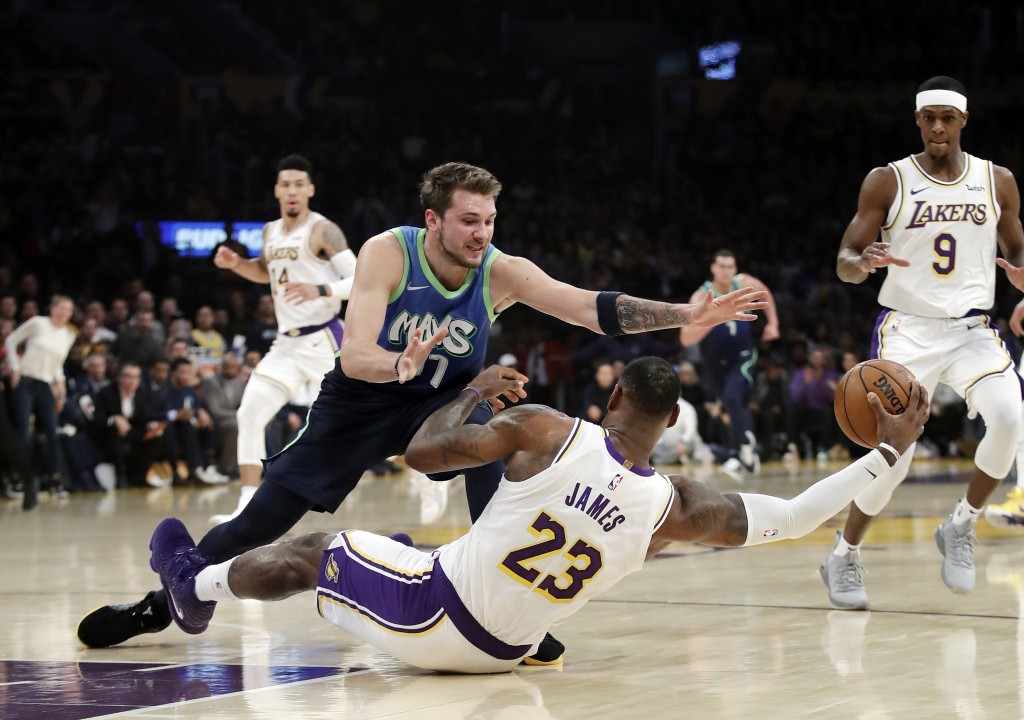 Doncic also had 10 assists and nine rebounds, and Delon Wright had 17 points and nine assists in the Mavericks’ seventh victory in eight games.

Dallas underlined its status as a likely title contender with an inspired second half on the road against the NBA-leading Lakers, who had lost only once in 18 games since their season opener.

Anthony Davis had 27 points and 10 rebounds for the Lakers, and LeBron James had 25 points, nine rebounds and eight assists, They dropped to 17-3.

The Mavs erased a halftime deficit with a 28-5 run to open the third quarter, shredding the Lakers’ usually solid defense. Dallas’ decisive rally was led by a majestic quarter from Doncic, who had 16 points and five assists in the third after going 2 for 9 in the first half.

Goran Dragic led the Heat with 24 points, starting the closing 10-0 burst with a three-point play.

Miami trailed 106-99 after a 3-pointer by Joe Harris with 1:45 remaining, but pitched a shutout from there and got the victory thanks largely to the aggressiveness of Butler. He kept attacking the rim and had five free throws in the closing run, overcoming his 5-for-17 shooting from the field.

Spencer Dinwiddie scored 29 points and Harris had a season-high 25 for the Nets. Kyrie Irving missed his ninth straight game because of a right shoulder injury.

Memphis, which was without star rookie Ja Morant because of back spasms and starting center Jonas Valanciunas because of an illness. Karl-Anthony Towns had 21 points and 12 rebounds for Minnesota.