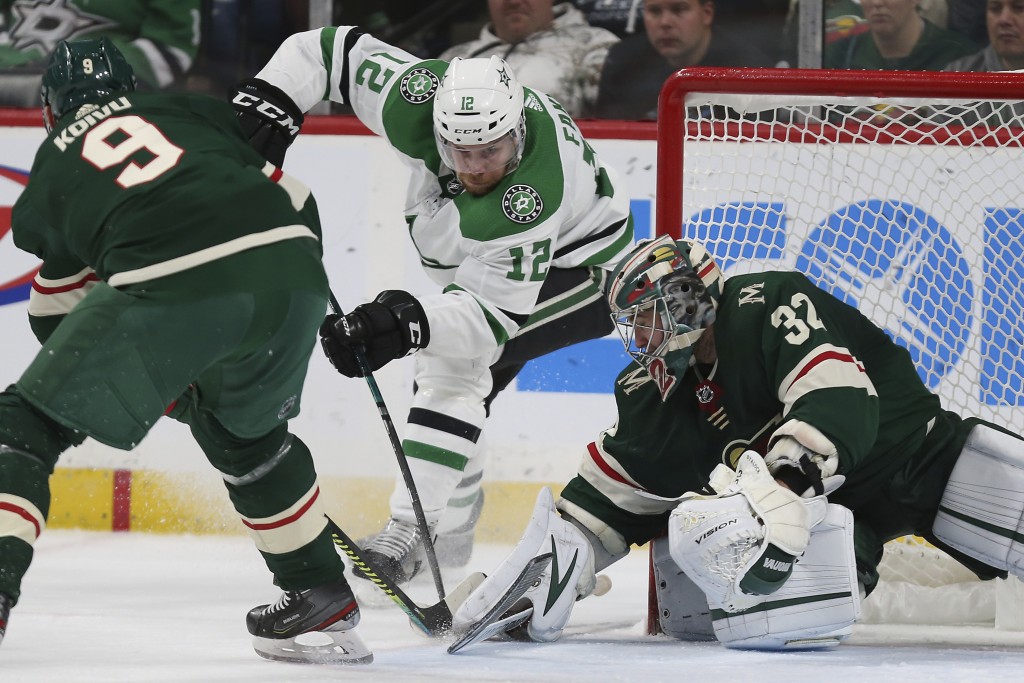 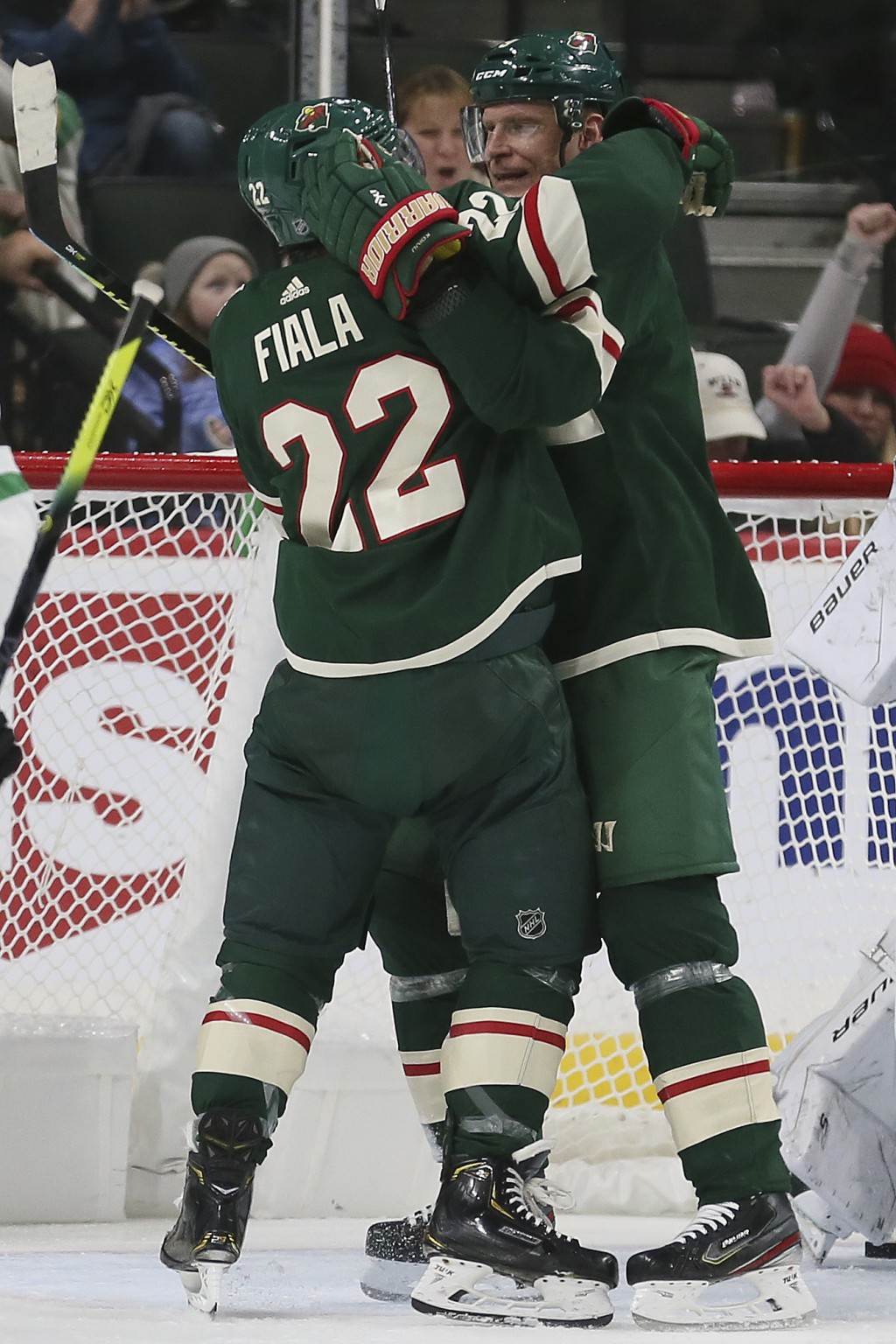 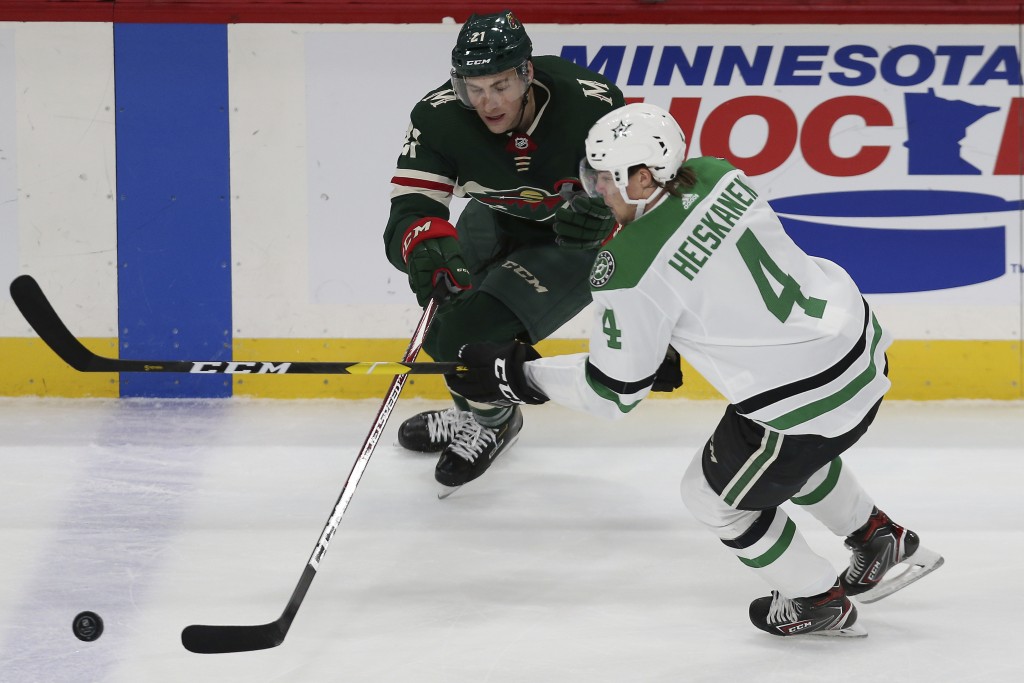 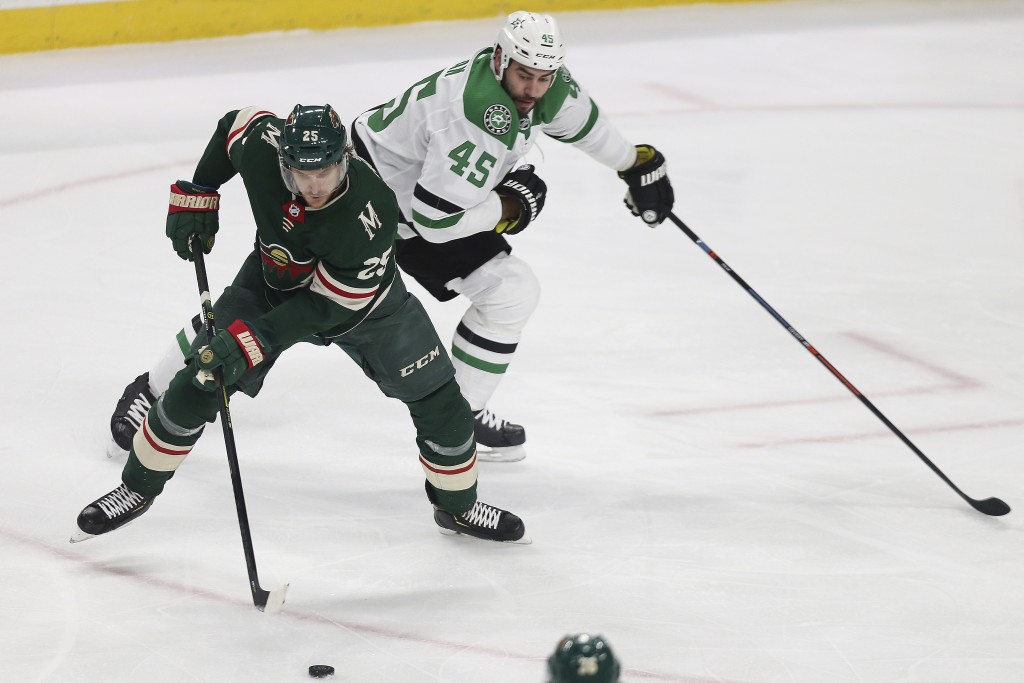 ST. PAUL, Minn. (AP) — Mikko Koivu scored in the fourth round of a shootout to help the Minnesota Wild beat the Dallas Stars 3-2 on Sunday.

Kevin Fiala had a goal and an assist and Zack Parise also scored for the Wild. Alex Stalock made 26 saves and stuffed Corey Perry in the final round to seal the victory.

Blake Comeau and John Klingberg scored for Dallas and Ben Bishop stopped 27 shots. The Stars have lost three in a row after a 14-1-1 run.

Dallas took a 2-1 lead with 5:51 to play when Comeau finally beat Stalock after a flurry of prime scoring opportunities.

First, a Minnesota giveaway deep in its territory left Denis Gurianov alone with the puck in front of Stalock. The Wild goalie turned that away, then got some help when Mattias Janmark hit the post.

Comeau broke through when he stole the puck from Eric Staal behind the net, circled to the right of Stalock and fired a low shot that found the net for his third of the season.

Parise tied it back up on the power play with 2:30 to go when he whacked a rebound out of the air and sent it over Bishop’s shoulder. It was Parise’s eighth goal in his last nine games and 12th of the season.

Minnesota opened the scoring at 12:43 of the second period on Kevin Fiala’s power-play goal.

With Jamie Oleksiak in the box for interference, the Wild won a faceoff and worked the puck into the corner. Koivu fired it toward the front of the net, where a charging Fiala redirected it past Bishop for his sixth goal of the season.

But the lead was short-lived. Less than a minute after Fiala’s goal, Minnesota’s Ryan Donato was assessed a hooking penalty, and Dallas responded to tie it. Klingberg walked in from the left faceoff circle and beat a screened Stalock high with a wrist shot. Klingberg’s second goal of the season tied it at 1.

NOTES: Koivu, the Wild’s longtime captain, played in his 1,000th NHL game and had his 700th career point. ... Fiala extended his points streak to four games and has six goals and six assists in his last 13 games. ... The Stars had won five straight and seven of nine against the Wild.

Stars: At Winnipeg on Tuesday night.

Wild: At Florida on Tuesday night.