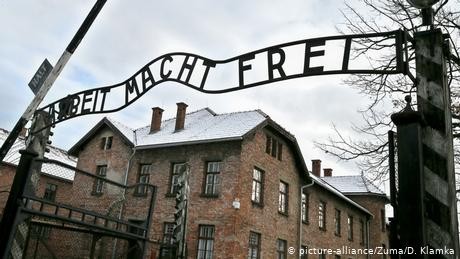 A shop on Amazon has come under fire for selling Christmas tree ornaments and other products featuring pictures of the Auschwitz concentration camp .

In a post on Twitter, the Auschwitz-Birkenau memorial museum flagged at least four items being sold on Amazon with pictures of the camp on them — including ornaments in the shape of a bell and a six-pointed star, as well as bottle openers.

"Auschwitz on a bottle opener is rather disturbing and disrespectful," the museum wrote Sunday. It urged the online retail giant to remove the items.

The shop describes the items as "travel souvenirs," and sells them alongside other ornaments and items decorated with images of cities and monuments from around the world.

Hundreds of Twitter users have voiced outrage over the products, with some also including screenshots of other heart-shaped ornaments and keychains with pictures of the Nazi German death camp currently being sold on Amazon.

Many said they had raised the issue with Amazon customer support. DW has also reached out to Amazon for comment and will update if they respond.

Amazon faced backlash earlier this year for selling rugs and shoes with images of Hindu gods on them, prompting thousands of social media users in India to call for a boycott of the shopping site.

The Auschwitz Museum regularly uses its social media accounts to raise awareness about the atrocities committed by the Nazis during World War II and to remember the victims of the Holocaust.

Auschwitz-Birkenau was the largest Nazi death camp, where 1.1 million victims, including some 1 million Jewish prisoners, were killed.

The museum has also used social media to point out bad behavior by visitors at the memorial, including visitors who posed for pictures on the train tracks at the camp.