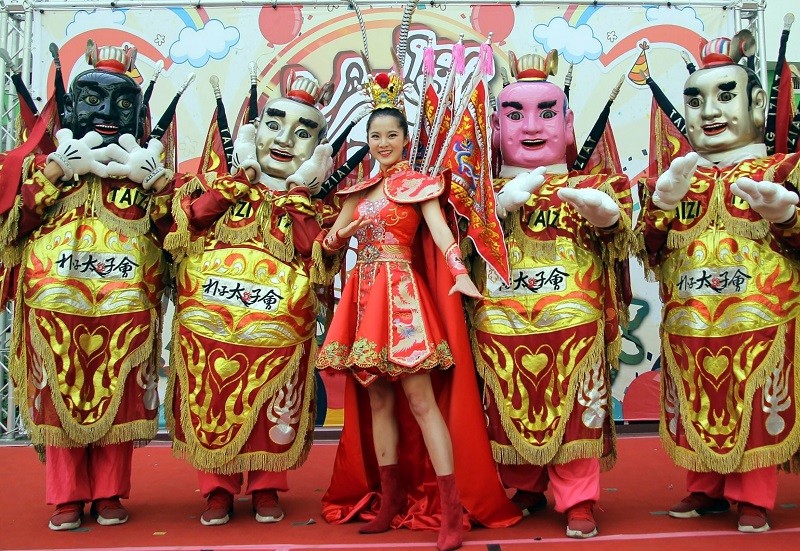 Miss Taiwan Chiu Yi-shu (邱怡澍), who is the event ambassador for this year’s Tai Zi Culture Festival, appeared at a press conference at Chiayi County Government on Sunday to promote the event, wearing the same Santaizi-inspired costume she wore at the Miss International Beauty Pageant in November. Santaizi, the third prince, is known as a child deity in Chinese mythology.

Chiu said Santaizi symbolizes passion and perseverance and added that she was happy to represent the cultural event celebrating the deity, CNA reported. She went on to say that she hoped more people would become familiar with the Santaizi culture, or even Taiwan’s temple culture, by attending the event, according to the news agency.

Chiayi County Commissioner Weng Chang-liang (翁章梁) said that the creation of the Santaizi-inspired Electric Techno Neon Gods is credited to the county’s Puzi Township, and now the subculture is popular in Taiwan, CNA reported .

He added that there will be Santaizi-themed events; cultural narratives; firework shows; performances of rock bands, creative dance troupes, and other groups; as well as free local snacks at the venue, according to the news agency.