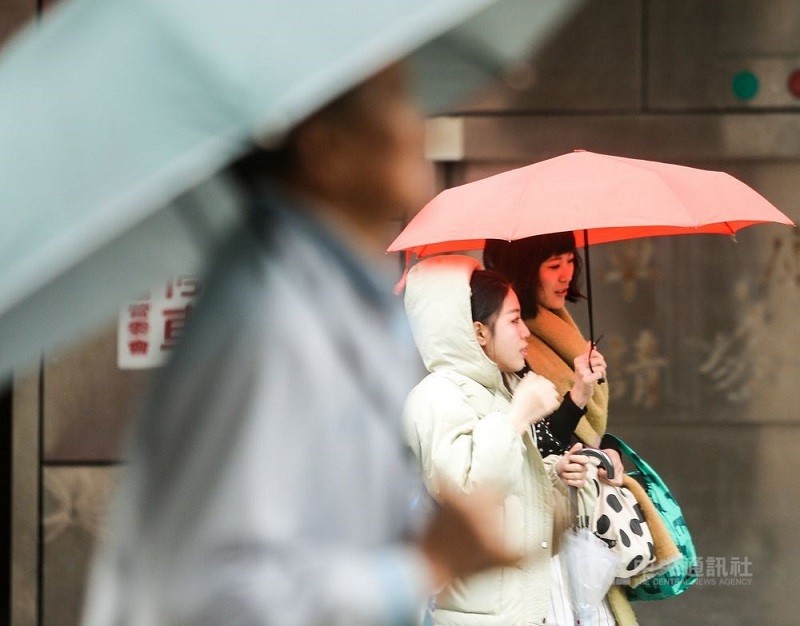 TAIPEI (Taiwan News) – Taiwan’s high mountain areas, 3,000 meters above sea level, might get the first snow of the year on Thursday (Dec. 5) and Friday.

This would lower temperatures to 17 and 18 degrees Celsius in northern and northeastern Taiwan and bring occasional showers to areas north of Taoyuan, Yilan and Hualien counties, CNA reported.

On Monday and Tuesday, temperatures in northern Taiwan and parts of central Taiwan will drop to 13 and 14 C, bearing the full brunt of the cold air invasion. While occasional showers are expected in parts of northern Taiwan and the east half of the island during the two days, cloudy to sunny conditions will prevail in central and southern Taiwan, CNA quoted the bureau as saying.

According to the weather bureau, the effect of the air mass will drop off and temperatures will be slightly warmer from Wednesday to Friday. However, as the northeast monsoon will still be affecting the island, compounded by moisture coming from the south, cold and wet weather is expected across Taiwan.

Mountains with an altitude above 3,000 meters will have a chance of receiving the first snow of the winter on Thursday and Friday, according to CWB.