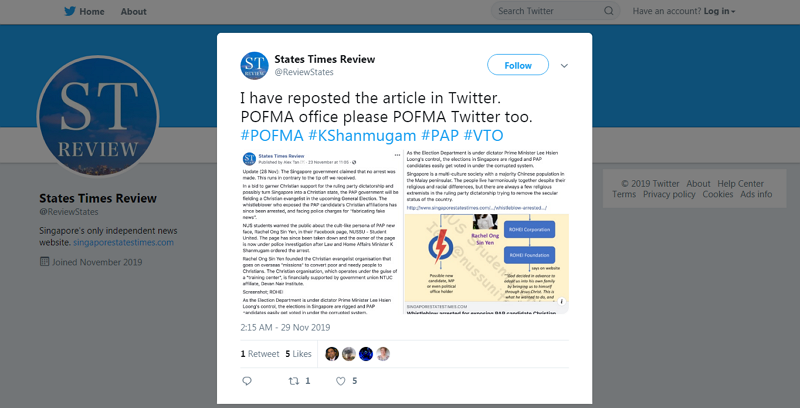 STR, whose editor is Alex Tan Zhi-xiang (陳智祥), had previously claimed that the person who exposed a politician's religious affiliations was arrested and charged for “fabricating fake news," on Thursday (Nov. 28), according to the Government of Singapore. However, Tan responded in a Facebook post by saying that he is now an Australian and no Australian authority had ordered a correction and so he would not make one.

On November 25, POFMA issued its first correction notice to Progress Singapore Party member, Brad Bowyer. He had implied in a Facebook post that the Singapore government had directed investment decisions by companies Temasek and GIC.

Bowyer complied with the demand and edited his post to include a correction. He said on Facebook it was, "fair" to have both sides of the argument available for review, though this did not mean he admitted to making a false statement.

Critics have expressed concerns the new law may prevent people from speaking freely, according to the Strait Times. However, the POFMA Office states on its website that it will only ask for removal of "fake news" when it was "serious." 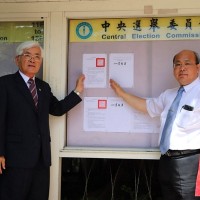 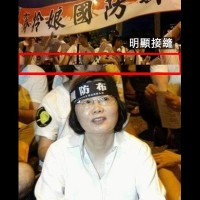 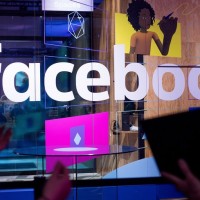 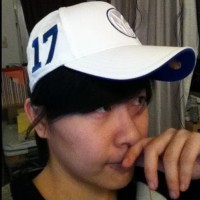