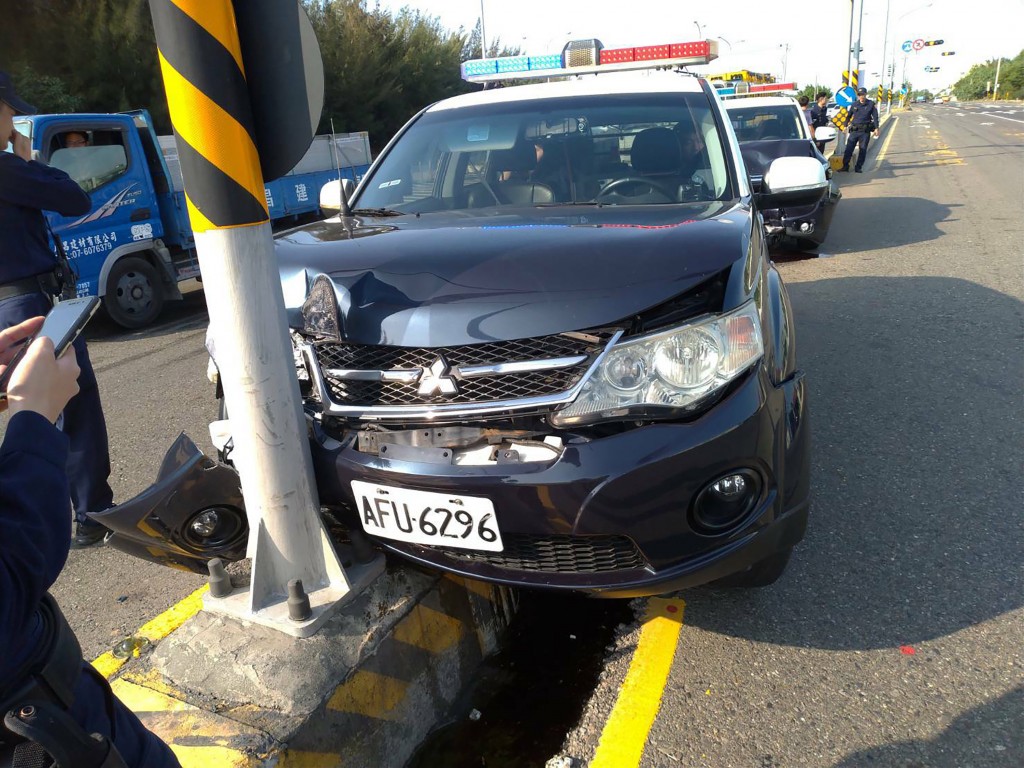 TAIPEI (Taiwan News) – Five police officers were injured Friday (November 29) as a truck crashed into their vehicles in the margin of a campaign visit to Tainan by Democratic Progressive Party (DPP) vice-presidential candidate William Lai (賴清德).

The former premier was reportedly not near the site of the incident in the city’s southern district, while the officers were diagnosed at a hospital with slight injuries, the Central News Agency reported.

The two Mitsubishi SUVs had been waiting to turn left at an intersection when a truck rammed the second patrol car, which then rear-ended the first car, sending it smashing into a pylon ahead.

The truck driver did not have any alcohol in his blood, but had reportedly not been keeping sufficient distance between his vehicle and the police car in front. The incident was still being investigated, according to CNA. 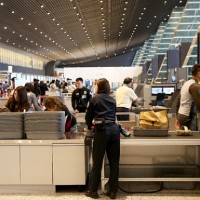